For 150 years, scientists believed lichen were defined by a symbiotic relationship between a fungus and algae. The fungus provides structure and… more
X 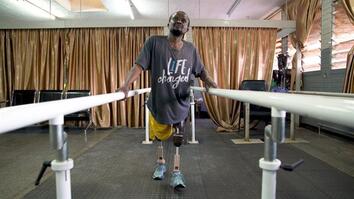 This carpenter builds crutches for children. Now it’s his turn to walk. 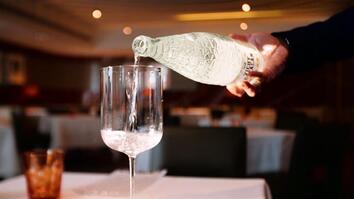 He tastes water like some taste wine. Meet a water sommelier.
See a salamander grow from a single cell in this incredible time-lapse
Snow DNA reveals new way to track animals in winter
The Strange and Wonderful World of the 'Snail Wrangler'
Why Is Kidney Disease on the Rise in Peru?
Blind Family Hopes to See Again with Help from These Doctors
This Is What Happens to Your Brain During Depression
A Rare Look at the Secret Life of Orangutans
This Is What It's Like to Be a Space Rocket Launcher in Alaska
People on the Street React to the Moon in the Most Awe-inspiring Way
Now in Their 70s, Two Friends Return to the Arctic for One More Adventure
This Tiny Beetle Is Devastating Forests in the Worst Outbreak Ever
Watch Face Paint Tell the Story of Human Evolution in One Minute
Battling Evil: Inside the Mind of a Modern-Day Exorcist
Iceland Is Growing New Forests for the First Time in 1,000 Years
How One Maya Mother Survived Tragedy to Follow Her Dreams
This Is What Happens to Your Brain on Opioids
See Why the Mysterious Mountain Lion Is the 'Bigfoot' of Big Cats
These Indigenous Women Are Saving Lives One Birth at a Time
A Tragic Accident Left Her Paralyzed. Now She Dances on Wheels
This Is What It's Like to Live in a World Without Smell
This Amazing Musical 'Coffin Club' Will Make You Want to Join
This Blind Astrophysicist 'Sees' the Universe in the Most Amazing Way
Married for 88 Years, This Couple Shares Their Secrets to Love
See Why Jumping in a Pool Saved This Blind Woman's Life
Does Earth Have a Twin? These People Want to Find Out
This 62-Year-Old Snowboarder Is Living Life to the Fullest
She Escaped Genocide in Her Homeland. Now, She Returns to Help
See Why These Cute Little Goats Are the Latest Yoga Craze
Inside the Extraordinary Mind of a Pinball World Champion
Tattoo Parlors Are Illegal in Cuba. This Guy Started One Anyway
This Artist's Amazing Transformation Will Blow Your Mind
90-Year-Old Figure Skater Will Warm Your Heart with Her Amazing Talent
Watch This Guy Build a Massive Solar System in the Desert
These Kaleidoscopic Masterpieces Are Invisible to the Naked Eye
109-Year-Old Veteran and His Secrets to Life Will Make You Smile
Microscopic Time-Lapse: See the Crazy Chemistry of Reacting Metal
Curing Blindness: Meet a Doctor Transforming Thousands of Lives
Learning the Art of Traditional Tattooing on the Cook Islands
Cattoos: How This Tattoo Artist Helps to Immortalize Beloved Pets
Born 4 Months Early, This Tiny Survivor Beats the Odds
A Spoon You Can Eat Is a Tasty Alternative to Plastic Waste
He Saved His Own Life After a Brutal Stabbing. Now He Saves Others.
How Weed Butter Helped This Couple Through Chemo
Two Blind Sisters See for the First Time
All Category:
Show More Videos
National Geographic
© 1996-2015 National Geographic Society.
© 2015-2020 National Geographic Partners, LLC.
All rights reserved.