What happens during a polar outbreak event? In this informative video by Earth Vision Trust, Mark Serreze of the National Snow and Ice Data Center… more
X

What happened during this polar vortex event? Some parts saw very cold, and things like snowy conditions, such like in Chicago.

What we saw was what we call a polar outbreak.

What is the polar vortex? The polar vortex is always there, this immense whirlpool of cold air that’s centered basically over the Arctic.  It’s a vortex that has many eddies within it as well. And some times these eddies get big and they extend down to the south.

The boundary of the polar vortex is really the boundary between the cold polar air to the north, and the warmer sub-tropical air. And that boundary is actually defined by something we call the polar front jet stream. A narrow band of very, very fast moving air, generally moving from west to east.  But that boundary shifts all the time. Sometimes it moves north, sometimes south, now it shrinks in summer, pole-ward, and winter it starts to dip down to the south. So of course that’s in winter when we have those big polar outbreaks because we’re more likely to see that polar vortex effect us.

What we had this January was we had these dips occurring  right over the Mid-west. If you have a big outbreak of cold air, that’s affecting things like transportation. At the same time, affecting things like agricultural practices and air travel. These are, sort of, questions out there that are real-world that we have to be thinking about.

This really can affect you. This is a very, very active area of research how this can be linked to the process of global warming, and this was a particularly severe one. Even though it was very, very cold, say around Chicago, in other parts of the planet it was unusually warm. These changes are occurring day-to-day, week-to-week, month-to-month.

What you see for the temperature record for Chicago is that overall there’s a rise, these sort of outbreaks that we see and they’ve occurred in the past, they will occur in the future. And that’s just the nature of how this polar vortex works.  The questions out there is  the frequency of these outbreaks going to change.

The weather machine is going to respond to that, just how, we don’t quite know yet. 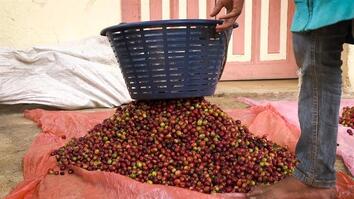 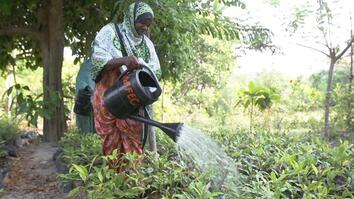 An island on the brink of collapse makes a huge comeback

Snow DNA reveals new way to track animals in winter
Experience a traditional whale hunt in northern Alaska
Watch Musk Ox Battle One of the Harshest Climates on the Planet
This Is What Happens to Your Brain During Depression
Keeping the Inuit Way of Life Alive in a Changing World
This Is What It's Like to Be a Space Rocket Launcher in Alaska
People on the Street React to the Moon in the Most Awe-inspiring Way
This Tiny Beetle Is Devastating Forests in the Worst Outbreak Ever
This Is What a Perfect Day on a Frozen Lake Looks Like
Watch Face Paint Tell the Story of Human Evolution in One Minute
What's in a Lichen? How Scientists Got It Wrong for 150 Years
Haunting Words from One of the Most Daring Antarctic Adventures of All Time
Iceland Is Growing New Forests for the First Time in 1,000 Years
For 40 Days of the Year, These People Live in Complete Darkness
How to Photograph Polar Bears in One of the Most Extreme Places on Earth
See Why Backcountry Ice Skating Is the Ultimate Winter Adventure
This Is What Happens to Your Brain on Opioids
This Is What It's Like to Live in a World Without Smell
Take a 4-Minute Escape to the Blissful Serenity of Antarctica
Soar Above a Fairy-Tale World in This 2-Minute Drone Video
He’s Watching This Glacier Melt Before His Eyes
Watch This Guy Build a Massive Solar System in the Desert
These Kaleidoscopic Masterpieces Are Invisible to the Naked Eye
Coolest Concert Ever? Hear Ice Instruments Play Beautiful Music
He Spent 40 Years Alone in the Woods, and Now Scientists Love Him
Microscopic Time-Lapse: See the Crazy Chemistry of Reacting Metal
His Epic Message Will Make You Want to Save the World
When Climate Change Became Personal, She Turned to Radio
One Man’s Walk in the Snow Creates a Giant Masterpiece
Firefighters Battle the Infernos of Climate Change
Photographer Captures Stunning Arctic Wildlife
See How Six Communities Around the World Are Adapting to Climate Change
See the Extreme Changes Near the Antarctic Peninsula
Illustrating the Beauty of a Disappearing World
Kid Warrior Fights Climate Change
Staying Afloat on a Drowning Island
Up Close With King Penguins and Elephant Seals
Time-Lapse: Mesmerizing "Stormscapes" Dominate Skies
Has Global Warming Stopped or Slowed?
All Category:
Show More Videos
National Geographic
© 1996-2015 National Geographic Society.
© 2015-2020 National Geographic Partners, LLC.
All rights reserved.