Everybody thinks mass extinctions are a bad thing. As much as they eliminate life, they also helped trigger the creation of new species. By studying… more
X

But they also show how nature can bounce back.

In fact, while extinctions are like a large scale delete button, they’re also a way to trigger some new amazing life.

I think they play a really major role in opening up ecological opportunities for lineages to diversify and knocking back lineages that have been dominant for long periods of time.

The really big mass extinctions are the ones that show up very dramatically in the fossil record, and those are funnily called the Big Five.

The Big Five mass extinctions are scattered through the history of life over the last 550 million years.

And what caused them were things like massive volcanic eruptions, climate changes, and even apocalyptic asteroids.

I think these mass extinctions are important evolutionary agents that help shake the system loose. Because they open up large amounts of ecological space, they probably do allow for greater evolutionary inventiveness than might have been potentially possible in a situation of a really crowded world

Mass extinctions basically cleared the decks and made room for new life. But it didn't happen overnight. We are talking 10s of millions of years before we saw life start to make a comeback.

But eventually, after this one happened, lots of new fish came to be. And here, both plants and reptiles really diversified. Then the first mammals and dinosaurs here. Then after this, tons more dinosaur species.

And after the mass extinction that killed off the dinosaurs, there was a new sheriff in town: terror birds.

There's a whole lineage of large carnivorous birds -- called the Phorusrhacidae birds -- that diversified after the dinosaurs went extinct through the Cenozoic era. Some were just two or three feet tall, some of them were six or seven feet tall.

So, those would have been pretty spectacular running around the landscape, chasing down their mammalian prey.

Okay. But seriously. How did anything survive?

Species that are spatially restricted just in one little area, those preferentially go extinct.

What it says to me is that what really mattered was having your evolutionary eggs in many different geographical baskets.

So… What could this mean for humans and future mass extinctions?

We don't really know what sort of selectivities are ahead for the kinds of pressures that we're bringing to bear on the ecosystem today. Humans will almost certainly survive in some way.

There’s really more of the question of the quality of life of those humans and who else will be left behind to occupy the planet with us. That’s really an interesting question. There are plenty of species that we rely on either directly or indirectly that might fall into the high extinction risk category.

So, understanding mass extinctions and how species recovered can help us a lot today.

There are some fundamental rules about how the world works under stress that we can in fact adopt and use to our advantage to understand what’s taking place and something about what’s going to happen next.

Everybody thinks mass extinctions are a bad thing. As much as they eliminate life, they also helped trigger the creation of new species. By studying fossils from the Big Five mass extinctions, we can learn how life was able to bounce back and see what this could mean for humans in future mass extinctions. 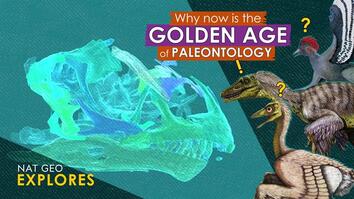 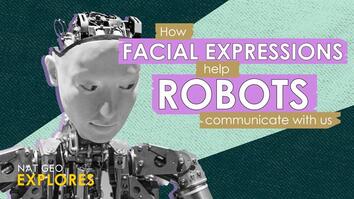 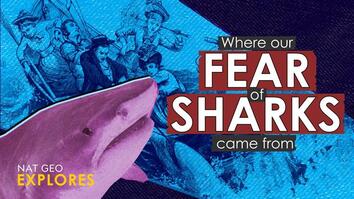 Where our fear of sharks came from
How advertisers joined the fight against germs
Why the dinosaurs’ extinction is an ongoing puzzle
In the 19th century, going to the doctor could kill you
Why bats aren't as scary as you think
When cities were cesspools of disease
How fear and anxiety drove human evolution
How solving this medical mystery saved lives
All Category:
Show More Videos
National Geographic
© 1996-2015 National Geographic Society.
© 2015-2020 National Geographic Partners, LLC.
All rights reserved.