In this episode, we’ll tell the tale of how a 19th-century duel led to a medical breakthrough. Chemist Louis Pasteur was challenged to prove that… more
X

In this episode, we’ll tell the tale of how a 19th-century duel led to a medical breakthrough. Chemist Louis Pasteur was challenged to prove that invisible agents (germs) caused diseases, and he did so by using sheep. With the world’s media at attention and 50 sheep at the ready, the science community waited with bated breath for the reveal that would revolutionize medical science and save countless lives.
Transcript
Not that long ago, we didn’t understand why we got sick. There was no internet, and doctors were basically guessing.

But then, in the 19th century, a few scientists figured it out: germs.

One of those scientists was Louis Pasteur. His name might ring a bell because he developed pasteurization, a process that kills off germs in things like milk.

Louis Pasteur was an accomplished French chemist when he started to investigate the causes of disease.

He developed some of the earliest vaccines, including one that virtually saved Europe’s chicken industry. His microbiology research also revived France’s silk production, and his work on pasteurization saved the French beer and wine industries.

Pasteur had become a science rockstar.

One of the key moments in persuading the world that germs caused disease occurred on a French farm in 1881.

Pasteur got into an argument with a veterinarian who absolutely refused to accept that germs might cause anthrax. Pasteur basically challenged him to a scientific duel.

In 1881, he went to a French village, had 50 sheep, perfectly healthy, set aside. 25 of them were given what Pasteur claimed to be an anthrax vaccine produced by weakening the bacteria which he claimed caused anthrax. The other 25 didn't get the injection. Not long after, all 50 sheep were injected with a particularly virulent strain of what Pasteur believed to be the anthrax bacteria.

This was huge, especially because press from around the world came to cover the results. And the reveal was pretty remarkable.

The 25 sheep that had had Pasteur's experimental vaccine were healthy, the others were dying really quite miserable deaths, clearly of anthrax.

This was splashed on the front pages of newspapers across the world. Pasteur was a master of PR, but it was necessary for people to fundamentally alter the way they thought about infectious disease to realize that microorganisms were indeed the cause.

One really important outcome of the germ revolution was the development of more vaccines.

Now, there had been smallpox vaccines. They'd been available for well over a century, but that was it. But as a result of the work of people like Louis Pasteur others, you see vaccines introduced for anthrax, for cholera and for typhoid.

One of the most important public health innovations was the introduction of pasteurization in reference to Louis Pasteur. The idea was that you would heat up a substance like milk, kill off the bacteria, and then it could be sold. This was particularly important for milk because of course infants were so heavily reliant on it and it dramatically reduced the number of children who were dying from gastrointestinal illness, one of the great killers of the 19th century.

In fact, in the 19th century, 1 out of every 4 infants passed away before their first birthday due to things like infectious diseases. After the rise of germ theory and processes like pasteurization, the number of infant mortalities dropped – in some places – as much as 50%.

Just over a hundred years since that day on the French sheep farm, pasteurization became law in the United States. And in the decades in between, more vaccines were developed, including Louis Pasteur’s vaccine for rabies.

Medicine had been ineffective for virtually the entirety of human history. Now they were going down the right path… curative medicine came of age largely because doctors knew what actually causes disease.

In this episode, we’ll tell the tale of how a 19th-century duel led to a medical breakthrough. Chemist Louis Pasteur was challenged to prove that invisible agents (germs) caused diseases, and he did so by using sheep. With the world’s media at attention and 50 sheep at the ready, the science community waited with bated breath for the reveal that would revolutionize medical science and save countless lives.

Why the dinosaurs’ extinction is an ongoing puzzle 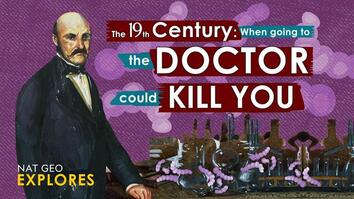 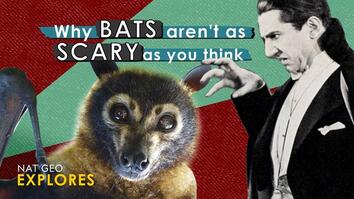 Why bats aren't as scary as you think
When cities were cesspools of disease
How fear and anxiety drove human evolution
NG Live!: Pardis Sabeti: Can Math Beat Diseases like Ebola?
Monkeypox
NG Live!: Iain Couzin: Lessons From a Cannibal Plague
Malaria Cure Breakthrough
The Displaced: This is Congo
How Food Can Make Us Sick
The Human Cost of Sugar Harvesting
What Are You Touching in NYC’s Subway?
Risk Takers: Working With Deadly Viruses
Saving Kids From Polio in Islamic State Territory
How This Tennis Champion Defied The Odds
A Child Prodigy, a Painful Disease, and a Life-Changing Treatment
Meet the Fearless Ebola Hunters of Sierra Leone
Dying to Breathe: The Unseen Cost of Gold Mining
Bill Nye on Disease
Ringling Bros. Retired Its Elephants. This is Where They Live Now.
Why We Need to Change How We Combat Rabies
Why Are So Many Starfish Dying?
DNA Hacking Tool Enables Shortcut to Evolution
Puppies and Scientists Team Up Against Zika and Other Diseases
Crazy History Lesson: How the Rabies Vaccine Came to Be
Do You Touch This Nasty Object Every Day?
Exclusive: Matt Damon Gets Emotional About Global Water Crisis
The Science of Addiction: Here's Your Brain on Drugs
See How Mosquitoes Use Stealth to Steal Your Blood
Battling Evil: Inside the Mind of a Modern-Day Exorcist
Plague 101
How to Cleanse Your Beauty Regime of Microplastic
Why Is Kidney Disease on the Rise in Peru?
Cancer 101
Linked: Game of Clones
Ebola 101
Video Exclusive: Fauci dispels COVID-19 rumors, advocates change
Could Vaccines Help Save Endangered Lemurs?
How Flu Viruses Attack
Deadly Virus Pushes Parrots to Brink of Extinction
Toddler Copes With Mysterious Polio-Like Illness
Inside an Ebola Clinic in West Africa
What's in Hand Sanitizer?
Sea Turtles Get Life-Saving Surgery at Florida Hospital
Flu Virus 101
AIDS 101
Photographing the Ebola crisis
Threats to Animals Category:
Show More Videos
National Geographic
© 1996-2015 National Geographic Society.
© 2015-2020 National Geographic Partners, LLC.
All rights reserved.