Since the invention of the telephone and even before we had it in real life, video chatting has appeared in science fiction. See how this once… more
X

Since the invention of the telephone and even before we had it in real life, video chatting has appeared in science fiction. See how this once elusive technology was commonplace in illustrations, television, and movies for over a century.
Transcript
You hear your phone ring. You look down, and what do you see? Ah. Incoming video call. After you hit decline, think about how commonplace video chat’s become.

For a long time, the idea of seeing someone from across the world was only in science fiction.

So how did it go from looking like this…to this?

As communication devices have dramatically changed, Sci-fi has been a step ahead, imagining new devices, and their effects on society--for better….

“Hey, quit stalling. Get back to work!”

Mobile phones and tablets appeared in sci-fi years before we had them in real life.

But what we’ve wanted all along is face-to-face contact -- through a device.

At least since the invention of the telephone, illustrators and authors envisioned combining pictures with sound.

Like French author and illustrator George du Maurier’s “Telephonoscope”, which looks like a combination video phone and flat screen TV.

The videophone appeared in the first episode of The Jetsons in 1962, when Jane Jetson had a chat with her mother.

Various versions of video chatting appeared in sci-fi TV and movies during the twentieth century.

In April 1964, the picturephone debuted for public demonstration at the World’s Fair in New York.

First Lady of the U.S., Lady Bird Johnson, made an early Picturephone call to Dr. Elizabeth Wood of Bell Labs.

“May I congratulate you and all who have helped make this great scientific stride possible?”

The system was impractical for home use, involving expensive equipment and a hefty fee per-minute.

“I’m sure there’ll be many youngsters off at college, and many mothers and fathers back at home that will find this a great joy.”

Video chatting remained elusive for 3 more decades, until we had the Internet, computers with cameras, and the software to make it work.

“I’ll bet your next best customers will be grandmothers.”

Skype software was introduced in 2003, and Apple’s FaceTime followed in 2010. We finally achieved the dream of the video phone.

Now call your grandma. She’d love to see you.
X

Since the invention of the telephone and even before we had it in real life, video chatting has appeared in science fiction. See how this once elusive technology was commonplace in illustrations, television, and movies for over a century. 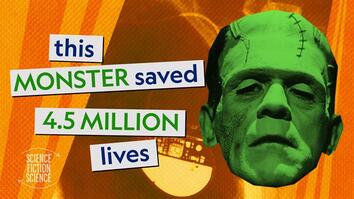 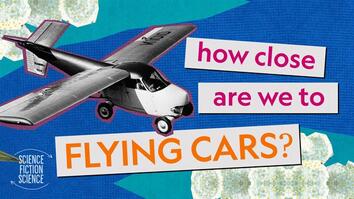 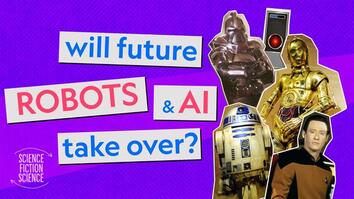 Will future robots & AI take over?
This cannon launched our love of space
Portable Scanners "Read" Brains on the Go
Vincent J. Musi: Where the Wild Things Live
Future of Food: Why Food Matters Now More Than Ever
Future of Food: A Plan to Feed the World
Future of Food: Africa's Complicated Food Puzzle
Mazes: Key to Brain Development?
Can Science Create a Greener Pickle?
Inside a Retirement Home for Lab Chimps
Could a Video Game Be the Key to Stroke Recovery?
Cannabis For Kids: The Children Behind The Debate (FULL DOCUMENTARY)
Hoverboards Are Real
"Our hands were tied." Millie's Story (Cannabis for Kids, Part 1)
"We have to be the guinea pigs." Sophie's Story (Cannabis for Kids, Part 2)
"It's like we're meeting her for the first time." Lily's Story (Cannabis for Kids, Part 3)
How to Power the World With Nuclear Waste
Long Jumps and Short Landings
NASA Scientists Create First 3-D Model of Greenland Ice Sheet
How Cheap Paper Microscopes Are Changing Lives
Climate Change Through Bill Nye’s Eyes
Climate Change 101 with Bill Nye
Solar Roads: Can Streets Become Giant Solar Panels?
How New Tech Tools are Redefining Exploration
Into the Underworld
Scientists 3-D Printed a Tortoise Shell
Raising Cute Pandas: It's Complicated
Picking Up Poop for Science
Watch: Pig Lungs Filter Human Blood in a Lab
Revolutionizing the Walking Cane: A Simple Design Gets a Hi-Tech Upgrade
DNA Hacking Tool Enables Shortcut to Evolution
Time Lapse: 7 Amazing Views of Earth From Space
Time Lapse: Watch One Earth Year From Space
Mysterious Purple Blob Surprises Scientists
Why This Museum Stores Thousands of Dead Animals in Its Freezer
Born 4 Months Early, This Tiny Survivor Beats the Odds
New Digital Series: Ingredients With George Zaidan | Trailer
What's in Lipstick?
A Light History of Light in 2 Minutes
First Look: Go Inside the World’s Deepest Underwater Cave
What Did This Cosmonaut Miss About Earth After a Year in Space?
Diver Narrowly Escapes When Great White Shark Breaks Into Cage
How to Train a Bumblebee: Scientists Study Insect Intelligence
Continental Drift 101
EXCLUSIVE: A Closer Look Inside Christ's Unsealed Tomb
Pearl Harbor Hero Returns Home After 75 Years in an Unknown Grave
All Category:
Show More Videos
National Geographic
© 1996-2015 National Geographic Society.
© 2015-2020 National Geographic Partners, LLC.
All rights reserved.