August 11, 2020 - Anthony Fauci, director of the U.S. National Institute of Allergy and Infectious Diseases, comments on the vitriol directed toward… more
X

August 11, 2020 - Anthony Fauci, director of the U.S. National Institute of Allergy and Infectious Diseases, comments on the vitriol directed toward public health experts.
Transcript
Deborah Roberts: Dr. Fauci, your leadership has come without some stresses and frustration personally. You've have talked about during the AIDS crisis how you got hate mail. And during this crisis, you’ve had death threats to the point that you had to hire security. We saw such unity in the beginning of this pandemic, people saying we’re all in this together. Now we’re seeing a lot anger. Did you see that coming? And where does that come from.

Dr. Anthony Fauci: Well, I just think it’s a reflection of the divisiveness of the country. It has taken on a political tone like nothing I’ve seen. I mean, I’ve gotten people who were upset that I was putting effort on HIV/AIDS. I mean, a lot of that was people who were homophobic and felt that I was diverting resources to people that they didn’t think should be part of society. Obviously ridiculous. But that was never anything that was serious as it is now, where people get angry enough that that threaten my life and terribly harass my wife and my children with phones calls. And I don’t evet want to talk about the things that they do which-, I’ve hired security, the federal government is providing it for me. It seems inconceivable, I mean if you just think about it. Take a deep breath and thing about it, that when you’re trying to promote public health principles to save people’s lives and keep them healthy that there’s such divisiveness in the country, that that’s interpreted to so far from your own way of thinking that you actually want to threaten the person. It’s tough for me to figure that out except to say, “Boy, I hope we get past this divisiveness in our country and get more down to-, you know, people have their different thoughts, different ideology, that we get it out of the realm of such intensive divisiveness that you start doing things like threatening people.” That’s just no way that our society can really function well and go along that way. We’ve gotta get past that.

August 11, 2020 - Anthony Fauci, director of the U.S. National Institute of Allergy and Infectious Diseases, comments on the vitriol directed toward public health experts.

Inside an Ebola Clinic in West Africa 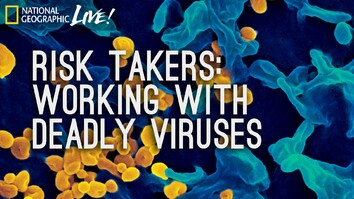 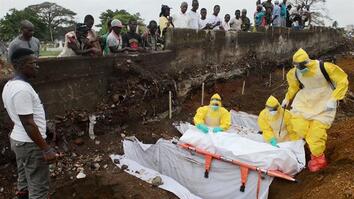 Meet the Fearless Ebola Hunters of Sierra Leone
Ebola: Photos From the Heart of the Struggle
This Is What Happens to Your Brain on Opioids
This Tiny Beetle Is Devastating Forests in the Worst Outbreak Ever
Plague 101
Photographing the Ebola crisis
Dr. Fauci Comments on Russian Vaccine
Stopping Pandemics: An exclusive National Geographic event with Dr. Fauci & other experts
Her Parents Made the Ultimate Sacrifice for Democracy—She Continues the Fight
The Surprising History of Bananas in Under 2 Minutes
Elephant or Donkey? How Animals Became U.S. Political Symbols
Vice President Biden Shares His Most Powerful Travel Memories
5 Surprising Facts About U.S. Presidential Inaugurations
Go Inside the Vacation Home of This Powerful Soviet-Era Ruler
The Revolution That Shaped Russia
Saving One of the Most Pristine Wetlands on Earth
Exclusive: Colombian President Strives to Make His Country Greener
Revolutions 101
After Years of War and Violence, This Colombian Woman Still Can't Return Home
Inside Deb Haaland’s historic bid to become one of the first Native congresswomen
Meet the woman reviving one of Asia's poorest countries
Why the Electoral College exists
Earthquakes 101
Tornadoes 101
Macaque
Coral Cryogenics
I Didn't Know That: Water Rockets
I Didn't Know That: Teflon
I Didn't Know That: Can Magnets Harm Computers?
Neil deGrasse Tyson on Creationism, Science Celebrities, and Kids
Can Science Create a Greener Pickle?
Portraits of Women Scientists
The Science Behind a Firefly's Flash
TIL: That's No Moon. It's Aliens. (Maybe.)
Using Science, Exploration, and Storytelling to Change the World in 2015
See How Nat Geo Is Changing the World, One Grant at a Time
You Didn’t Know Mushrooms Could Do All This
Watch: Pig Lungs Filter Human Blood in a Lab
DNA Hacking Tool Enables Shortcut to Evolution
Black Holes, Blazars, and Women of Color in Science
New Digital Series: Ingredients With George Zaidan | Trailer
What's in Toothpaste?
What's in Lipstick?
What's in Shaving Foam?
What's in Nail Polish?
People & Culture Category:
Show More Videos
National Geographic
© 1996-2015 National Geographic Society.
© 2015-2020 National Geographic Partners, LLC.
All rights reserved.