In an exclusive interview with National Geographic, Anthony Fauci of the U.S. National Institute of Allergy and Infectious Diseases addresses the… more
X

In an exclusive interview with National Geographic, Anthony Fauci of the U.S. National Institute of Allergy and Infectious Diseases addresses the misinformation about the origins of COVID-19 and what he hopes will change to prevent a similar crisis from happening in the future.
Transcript
QUESTION 1

Nsikan Akpan: One topic in the news lately has been the origins of SARS-CoV-2. I mean, do you believe or is there evidence that SARS-CoV-2 was made in the lab in China or accidentally released from a lab in China?

Anthony Fauci: Well, you know, there's two issues. If you look at the evolution of the virus in bats and what's out there now is very, very strongly leaning towards this could not have been artificially or deliberately manipulated -- the way the mutations have naturally evolved. A number of very qualified evolutionary biologists have said that everything about the stepwise evolution over time strongly indicates that evolved in nature and then jumped species. One of the issues of saying could that virus that was in, first of all, if you if you accept the, the, the premise which is very strongly supported by scientific evidence that it was not deliberately media mutated and deliberately changed and you say if it was in the wild and evolving, the likelihood had jumped species. Naturally someone will say, well, maybe somebody took it from the wild, put it in the lab and then it escaped from the lab. But that means it was in the wild to begin with. So that's why I don't get what they're talking about. If it isn't manipulated in the lab and you're trying to say to escape from the lab, then how did it get in the lab? It got in the lab because somebody isolated it from the environment. So that's the reason why I don't spend a lot of time going in that circular argument.

Nsikan Akpan: What's your advice to the public at large for sifting through the headlines and making sense of it all?

Anthony Fauci: For the general public, it's really tough because anybody can claim to be an expert even when they have no idea what they're talking about. And it's very difficult for the general public to distinguish. But I think one of the things you need to do is see if it's coming from a reputable organization that generally gives you the truth. Even though even from some reputable organizations, you occasionally get an outlier who's out there talking nonsense. I think if they look at what comes out of journals that are well established journals, peer reviewed, when they read a newspaper article, find out what the source of it is, particularly if it's a source of someone who's not even in the field. I mean if something comes out in the new England journal or in science or nature or in cell or one of those or journal of the American medical association (JAMA) and places like that, you know, generally that is quite well peer reviewed because the editors and the editorial staff of those journals really take things very seriously. (22:51)

Nsikan Akpan: Thinking longterm, I mean, what do you most hope to see change in the wake of this crisis? You know, what would your policy recommendations be to prevent a similar crisis from happening in the future?

[I] Can't guarantee it, but if we do it right, that likely will happen. Another thing that likely will happen is that we get into next fall and winter since I don't think there's a chance that this virus is just going to disappear. It's going to be around and if given the opportunity it will resurge. So the thing that is the big unknown and that we really need to do is that we now will have a few months, may June, July, August, to prepare to prepare by making sure our health system is adequately supplied, ventilators, ICU beds, personal protective equipment, et cetera, to make sure we have enough tests available and the system to implement those tests. Not just say we have tests, but to the people who need and should get tests get tested so that by the time we get to September we don't have the dialogue continually fixating on do you have enough tests? Do you have enough tests? Do, I don't know if that's shame on us if we don't have enough tests by the time this so-called return might occur in the fall and winter.

In an exclusive interview with National Geographic, Anthony Fauci of the U.S. National Institute of Allergy and Infectious Diseases addresses the misinformation about the origins of COVID-19 and what he hopes will change to prevent a similar crisis from happening in the future. 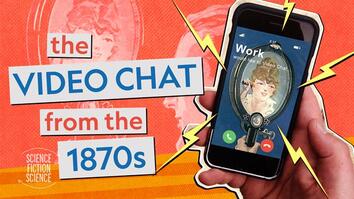 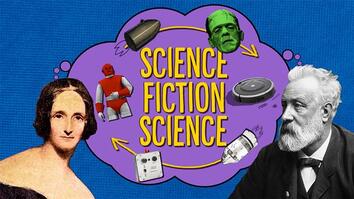 Science fiction inspires the future of science. Here’s how. 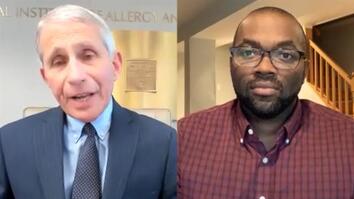 Video Exclusive: Fauci dispels COVID-19 rumors, advocates change
These divers search for slave ship wrecks and discover their ancestors
Meet Cambodia’s first women’s wheelchair basketball team
What mud from glacial lakes can tell us about our history and future
Earthquakes 101
See how wildlife is bouncing back in this African park
Shark tagged from submarine for first time in history
Nat Geo's Aaron Huey's most epic photos
Volcanoes 101
Your sneakers are part of the plastic problem
Inside the surprisingly social lives of manta rays
Amazon fires 'so much worse than before' say locals
Tornadoes 101
AIDS 101
See how this school of tiny fish uses bacteria to glow in the dark
This sacred golden fish thrives in Bhutan
All Category:
Show More Videos
National Geographic
© 1996-2015 National Geographic Society.
© 2015-2020 National Geographic Partners, LLC.
All rights reserved.