In 2014 National Geographic invited photographers from around the world to submit photos in three categories: People, Places, and Nature. We… more
X

Transcript
JOHN STANMEYER SOT: This is a really hardcore tight edit, as it should be.

John Stanmeyer OFF-CAMERA: I want to feel a photograph. I want it to touch me emotionally.

Erika Larsen OFF-CAMERA: Of course there’s visual beauty, but I want to go one more layer.  I want to be able to live inside of it.

Keith Jenkins OFF-CAMERA:  A lot of what we talk about when we try to explain why we like it gets very intellectual.  But often it’s that first gut reaction, “Wow, that’s cool” or “Wow, that’s interesting”.

JOHN STANMEYER, NATIONAL GEOGRAPHIC CONTRIBUTING PHOTOGRAPHER:
I think today’s edit was really more of  looking at the cream that sort of has already risen.  And why they fall to the editing floor, it maybe didn’t work well.  There was something a little better.


ERIKA LARSEN, NATIONAL GEOGRAPHIC CONTRIBUTING PHOTOGRAPHER:
I think what makes an image go from beautiful and good to great, um, I think just first and foremost it’s technical.  I mean, that’s the base level.  It just has to be technically be executed well.


ERIKA LARSEN SOT:  I like it but when I see it here the quality, even if whatever they’re focusing on, I think the quality looks really awful. I don’t think it would hold up at all.  So I’m going to go with no.

JOHN STANMEYER SOT: For me, the guy with the orange shirt to the left of the net.  His shirts clipping the thing.  A photograph like this has got to be like a chess board, where everything is there and there’s no foreground.  You know, sometimes it just doesn’t happen.


KEITH JENKINS, GENERAL MANAGER-DIGITAL NATIONAL GEOGRAPHIC :
Well, I think each judging panel is a little different.  And it’s really about the chemistry between all of the judges.


JOHN STANMEYER SOT: I was drawn to it, by the way.

ERIKA LARSEN SOT:  Who picked this?

JOHN STANMEYER SOT: I did not!  Keith?

ERIKA LARSEN SOT:  Keith, did you pick this?


KEITH JENKINS, GENERAL MANAGER-DIGITAL NATIONAL GEOGRAPHIC :
The one way I find that’s always effective sometimes in judging situations is just to ask somebody to look at a picture again.  Because that opens up the possibility of, you know, taking a different look, a different take.


ERIKA LARSEN, NATIONAL GEOGRAPHIC CONTRIBUTING PHOTOGRAPHER:
When I got to hear John or Keith speak about why they did or didn’t like them, it made me think.  It challenges your perspective on why you-, why you were attracted to it to begin with.


ERIKA LARSEN SOT:   Well, it’s up to you guys.  I told you why I like it but I think you two could argue against why I like it more, too.

JOHN STANMEYER SOT: No, I agree with everything you’re saying.  101% of it.  Um, I just think it’s missing one tiny aspect that jettisons it into unbelievable composition.

ERIKA LARSEN SOT:    I don’t know.  I think it is beautiful composition.  I could live again and again and again in there. I think they’re beautiful.  They’re like having a little bit of a dance there.  And then there’s all this color.  To me, people are just going in one direction and the other.  This is where the color works so beautifully.  It’s intense here and soft here.  It doesn’t look Photoshopped.  It looks…great.


JOHN STANMEYER, NATIONAL GEOGRAPHIC CONTRIBUTING PHOTOGRAPHER:
I think every photograph, every image to some extent had its merit and had its weight and had its measure.  It’s just in the end, certain moments and certain images really touched us and touched me.


ERIKA LARSEN, NATIONAL GEOGRAPHIC CONTRIBUTING PHOTOGRAPHER:
Yeah, where’s this picture of the owl.  I mean, from the moment I got it in the first set of edits it was really magical.  It was a moment I don’t get to see owls in that way.  I looked and said, “Wow, you brought me to see an animal in a way I never have seen and will probably won’t get to see.”

The top images were great.


JOHN STANMEYER, NATIONAL GEOGRAPHIC CONTRIBUTING PHOTOGRAPHER:
The wildebeest picture, you know, springs to mind as something that had enough subtlety in it that we might have missed it had we not had that other conversation about taking the whole image and letting it kind of soak over you and then seeing what’s really in the frame.


ERIKA LARSEN, NATIONAL GEOGRAPHIC CONTRIBUTING PHOTOGRAPHER:
And then the picture on the train.  Everyone look really peaceful but at the same time it just looks really surreal and something, you know, other-worldly.

KEITH JENKINS, GENERAL MANAGER-DIGITAL NATIONAL GEOGRAPHIC :
It was really the balance between the individual and the mass.  And then do it in a very poetic way with color and light.  The overall tone of it was just very relaxing in what was a very chaotic scene.  There were a lot of things playing off of each other.


JOHN STANMEYER SOT: I felt there were a lot of great things that you would like on Facebook in this whole thing.


JOHN STANMEYER, NATIONAL GEOGRAPHIC CONTRIBUTING PHOTOGRAPHER:
I talked a lot about the Facebook element because that is an ubiquitous terms and a reality that we are all interacting in.  I like that tree.  I like that light.  I like that dress.  I like that photograph.  It’s a very, very simple but now becoming quite a very powerful statement.  All these things we call social media—what I like to call self-publishing—is driven by visuals.


KEITH JENKINS, GENERAL MANAGER-DIGITAL NATIONAL GEOGRAPHIC :
I think the argument that somehow the proliferation of cameras attached to cell phones is somehow lowering the standards I think is totally refuted.  We are communicating visually much more so than we ever have before and I think that’s a good thing. 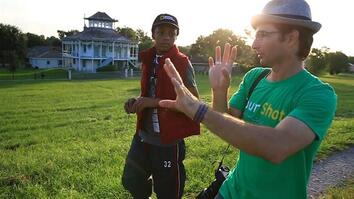 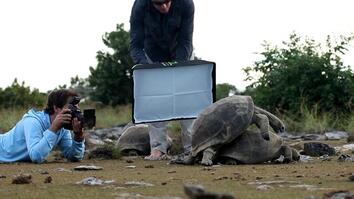 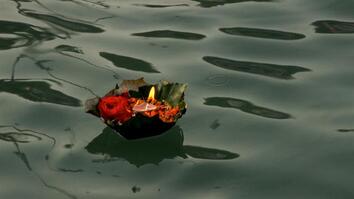