Wild turkeys are not considered native to California. [In] Most of the state, really turkeys are not a problem but they are certainly a local problem particularly in some residential areas that have high-quality turkey habitat.

Turkeys were brought in primarily for hunting. And I think as you understand the whole turkey issue, you’ve got to think that in that time, that was probably considered not particularly a controversial thing. Probably considered a good thing.

The first known release of turkeys in California was in 1877 on Santa Cruz Island by cattle ranchers.

Beginning in 1908, the Department started releasing birds that were raised on game farms.

In 1949 and 1950, the Department first experimented with releasing wild turkeys that were trapped in the wild and translocated and released in the wild.

In about 1959, the Department brought in turkeys from Texas, Rio Grande subspecies, and released them in San Luis Obispo County.

The Department from 1959 to all the way through 2000 had a consistent program really throughout that state, and those are the birds that we primarily have in California today.

In really only about the mid-1990s did it start becoming something that was controversial.

You know, the downside of it are some of the nuisance concerns that have developed, particularly in residential areas in the state. And there are some concerns about their potential impacts being a non-native species to the environment: native flora and fauna.

In some of the residential areas, it tends to be followed up with enjoying the turkeys, let’s feed them. Once you start feeding them, you almost can’t get rid of them. They become like stray cats so we very strongly advise people not to feed turkey as we would with any wildlife.

Turkey hunting is the obvious solution that comes to anybody’s mind in areas that have turkey problems. The problem is some of these areas is that [where] folks want to get rid of turkeys hunting is not feasible because you just can’t discharge weapons for very good reasons in those areas.

I started hunting turkeys in the early 80s. Turkeys weren’t around back when I was a youth and grew up. They weren’t around until my early twenties. When I first started, there were actually very few turkeys in California. There were very, very hard to find.

We now have somewhere almost around 30,000 turkey hunters in the state of California. 1.69 million dollars just by buying the upland game bird stamp and just buying their license. It takes fuel to get there, it takes groceries, it takes water in the field. If each hunter spends $100 a day, that is an estimated 20 million dollars put back into the economy in California in the springtime.

SOT:
Wurth: So how big do you think that beard is?
Child: 5 inches?
Wurth: 5 inches? Probably about 9 inches on that beard. Nice long beard for your first gobbler.

I actually think that people complaining about wild turkeys is somewhat silly because if you want to live in the world, you have to put up with the grass growing, with bees, with mosquitoes, with all types of wildlife. The benefits of what its brought to California, the one-on-one that you’re able to spend with your children in the field, the economic benefits that it has brought to California way outweigh a few little nuisance turkeys. 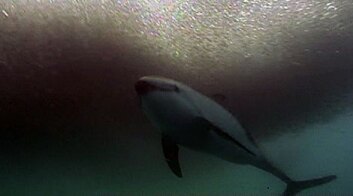 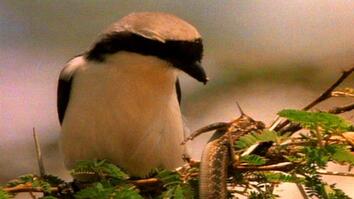 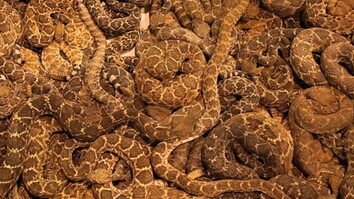 Rattlesnake Roundup
NG Live!: Jared Diamond: Lessons From Hunter-Gatherers
La petite chasse - Hunting Small Game
The Surprising Way Hunters Help Wildlife in South Carolina
We Are What We Eat: Greenland
We Are What We Eat: Borneo
Hunting and Eating Invasive Iguanas
Tiny Chameleons’ Tongues Pack Strongest Punch (High-Speed Footage)
The Eagle Huntress (Trailer)
Would You Bite Into a Raw Bison Liver?
How Animals and Humans Clash and Coexist in Yellowstone
Man Punches Kangaroo
He Risked Death as First American to Explore Africa's Deepest Parts
These Two Young Bushmen Hope for a New Life in the Modern World
Cecil the Lion's Son Also Killed in Trophy Hunt
Crocodiles Have the World's Strongest Bite—See It In Action
Hunting With Falcons: How One City Man Found His Calling in the Wild
These Cheetah Brothers Are Fierce Hunters in the Dark
See Two Cheetah Sisters Put Their Hunting Skills to the Test
Watch This Baby Leopard Grow Up Into a Powerful Hunter
This Self-Taught Taxidermist May Be the Last One in India
Inside the Lives of Butterfly Traders
Keeping the Inuit Way of Life Alive in a Changing World
Experience a traditional whale hunt in northern Alaska
Clever Design Ensures Pronghorn Migration Survives in North America
Throwback TV: Nuisance Alligators
Is It OK to Kill America’s Wild Bison?
Text Messaging Helps Elephants and People Coexist
How to Evict Your Raccoon Roommates
Elephant Poaching Forces This Community to Take Sides
Inside the Black Market Sale of Jaguar Parts
People and Bears Live in Harmony in This Wildlife-Friendly Town
Pythons 101
This Plan to Save a Rare Albatross From Extinction Just Might Work
Has an elephant trampled your crops? Call this hotline for help
Civil war devastated wildlife - here is how they bounced back in this national park
Inside the dark world of captive wildlife tourism
Wild Turkey
When Turkeys Strike Back
WATCH: Can Grocery-Store Eggs Hatch?
All Category:
Show More Videos
National Geographic
© 1996-2015 National Geographic Society.
© 2015-2020 National Geographic Partners, LLC.
All rights reserved.