August 3, 2015 - In August 2014 Islamic State militants slaughtered hundreds of Yazidi men in northern Iraq and enslaved Yazidi women. Tens of thousands of Yazidi refugees fled to the Sinjar mountains. Knowing the terrible conditions her people were enduring, Vian Dakhil, a member of the Iraqi Council of Representatives and a Yazidi, made an emotional plea on the parliament floor. Her speech was widely credited with leading to a full-scale international attack on ISIS. She recently reflected on the events.

My big challenge, because I’m only the Yazidi female in the Iraqi Parliament, sometimes I feel alone. And I need someone to help me. How can I help those communities, or those minorities.

Vian Dakhil is a member of the Iraq Council of Representatives and a Yazidi.

Yazidis are a Kurdish religious minority. They live primarily in northern Iraq and neighboring countries.

Their religion, which dates to the 12th century, has a rich oral tradition and integrates elements of several major faiths.

In the 3rd of August 2014, ISIS attacked the Yazidi community in Sinjar and attacked the villages. And killing the men and kidnapping the women and killing the children. And all of those Yazidi poor run away to the mountain—to the Sinjar Mountain. And some of them died on the way. And nobody made anything about them. And all day I think about the very sad story of my people. And I ask everyone to help them and nobody hears me.

"The Shiites, the Sunnis, the Christians, the Turkmen, and the Shabak were slaughtered, and today the Yazidis are being slaughtered."

I think this speech became a change. Everyone say, “Oh, this is a very big problem for the Yazidi.” Even the Iraqi government.

Fighting ISIS is of course the priority for the Kurdistan Regional Government and for the Iraqi government.

However, it has to be a priority for the international community. And we appreciate very much the U.S., first in the airstrikes that protected Irbil and other parts of Kurdistan last August, the airlifts that helped the Yazidis and others on Mount Sinjar, and then the continuing support that we are getting from the United States and other coalition partners.

So the international community can do much, much more in providing humanitarian assistance to all of the displaced but particularly the Yazidis who have gone through such incredible trauma.

It is not easy for women in Iraq to become a Member of Parliament, especially if you are a Kurdish female and a Yazidi female. I think it is difficult. Maybe it’s sensitive for some people. Because of that, I say ISIS attacked everyone in Iraq: attacked the Muslim, attacked [the] Christian, [the] Shabaks and Turkmen [who are] also are Muslim.

I have been threatened by some groups. Sometimes some of those [who] escaped tell me, “You are at the top of the lSIS list.” But I don’t care about that.

August 3, 2015 - In August 2014 Islamic State militants slaughtered hundreds of Yazidi men in northern Iraq and enslaved Yazidi women. Tens of thousands of Yazidi refugees fled to the Sinjar mountains. Knowing the terrible conditions her people were enduring, Vian Dakhil, a member of the Iraqi Council of Representatives and a Yazidi, made an emotional plea on the parliament floor. Her speech was widely credited with leading to a full-scale international attack on ISIS. She recently reflected on the events. 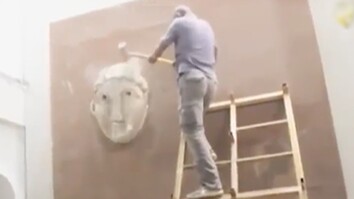 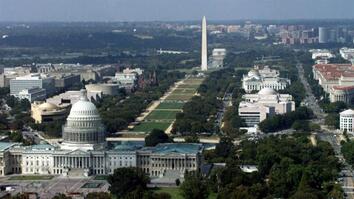 The National Mall: What Would You Build? 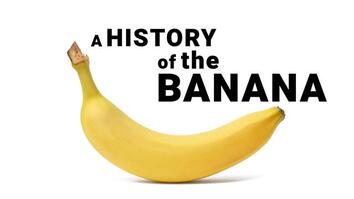 The Surprising History of Bananas in Under 2 Minutes
Before "Black Lives Matter": A 1959 Speech About Police Brutality
Welcome to Atlantium, the Nation Formed in a Backyard
Tattoo Parlors Are Illegal in Cuba. This Guy Started One Anyway
Get a Haunting Look at Croatia's Abandoned Island Prison
What Will Happen If the Rivers Disappear?
Exclusive: Colombian President Strives to Make His Country Greener
Responsibility and Leadership
Sense of Place and Community
Cultural Differences
From Sudan to the United States
Brass Shackles
Conflict Zone, Part 1: Uneasy Coexistence
Lynsey Addario: Lens on the Front Line
The Displaced: This is Congo
Fleeing ISIS Conflict: Photographing Refugees
Syrian Refugees: A Human Crisis Revealed in a Powerful Short Film
Photographing Conflict: Libya’s Uprising and the Refugee Crisis
This Italian Village Was Dying … Until the Refugees Came
This New Zealand Couple Is Charming—So Is Their Farming
For Syrian Refugees, He Is a Friendly Face in a Strange New Land
This Taxi Driver Has an Amazing Life Story You'll Want to Hear
Civil War Forced Them to Run Where Water Is Scarce
Haunting Video Shows the Rohingya Refugee Crisis
See How Dancing Helps This Young Refugee Feel Welcome in a New Country
Reshaping the Trauma of Refugee Children in Lesbos
After Years of War and Violence, This Colombian Woman Still Can't Return Home
Soccer is kickstarting joy for kids living in this refugee camp
Saving Kids From Polio in Islamic State Territory
On ISIS Destruction: Human History "Is Permanent"
Nobel Peace Prize winner Nadia Murad talks to National Geographic
All Category:
Show More Videos
National Geographic
© 1996-2015 National Geographic Society.
© 2015-2020 National Geographic Partners, LLC.
All rights reserved.