Underground is good for the records. We’ve got a constant temperature, a constant relative humidity, and the seasons don’t change. A lot of folks when they come here, perhaps yourself included, they have a- a preconceived notion. Going underground,--

--the roof is gonna be very low, there’s gonna be stalagmites and stalactites. You know, and that’s in a cave, certainly, this is a mine.

So this is a hundred percent man made, and we try to create an office environment, a work environment, that’s gonna be comfortable for the couple thousand folks that come here every day.

Let us face, without panic, the reality of our time. The fact that atom bombs may someday be dropped on our cities.

So the defence industry went to their primary defence contractor, who was US Steel, and said that you should take precautions for the preservation of your vital information. So they set about the task of trying to find what was then called a hardened location. Underground. And looked at dozens of mines that US Steel operated and settled upon this one.  The facility that we’re in is enormous.

We operate now in about a hundred and forty five acres of space. The mine, is about a thousand acres.

It’s really like an underground city. While we can’t get into the details as to who the clients are, they certainly would include all of the major motion picture film studios, as well as the studios that maintain recorded sound. So if you listen to the radio or you’re watching television or you go to the movies this weekend, there is an excellent chance that the originals or uh, the masters would be stored underground at our facility. Our clients come here because they’re looking for the protection of their information.

They want it to be safe, and secure, and we try to maintain, and they enjoy, that quiet enjoyment of the facility.

So here’s a good example of a temperature and humidity controlled vault. It’s a small area, there’s a small dehumidification unit on the right hand side. But this particular customer, uh, only needs the temperature that mother nature gives us. So there’s not a, uh, refrigeration unit that’s hooked up to this.

This is a new area that we’re developing for the installation of generators. You can see on the left hand side, we’ve got one generator installed. So these generators, there’s twenty six of them and they’re only used for normal backup purposes.  So in the case of- of National Geographic,  their space--

--is maintained at fifty degrees fahrenheit, and a relative humidity of around thirty percent. That’s great for the assets that are inside there. And then they have another room, that uh, the temperature is thirty five degrees, even colder. And we need a lot of HVAC equipment in order to achieve those results. What’s inside there is determined by National Geographic, but I suspect that it’s, uh, it’s really the crown jewels.

Don’t have anything frozen, don’t have anyone’s head inside the facility uh, you know, we’re not offering those types of arrangements to folks. So our focus is on business media information management--

The emergency relocation site was a theme in the early fifties. Um, not as much anymore as we’ve morphed into a site where we’re able to leverage the advantages of being underground; which is the stable environment, and the security of the single point to come into the facility and go out.

We’re not really open to the public, we’re not really accepting folks with open arms in the event that there would be a disaster of some sort outside there.

So in the event of the zombie apocalypse, you’re, you’re safe? 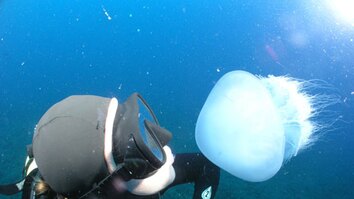 Investigating Cultural Heritage: Secrets of the Past 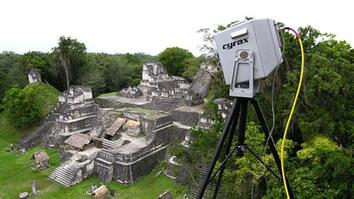 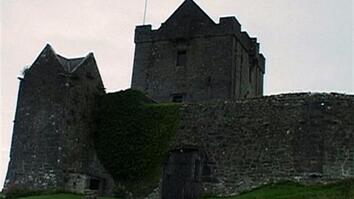 Irish Monuments
Culture Heroes: Corine Wegener
How One Neglected American Town Was Revitalized
Why Build a Clock that Will Last 10,000 Years?
Imagine Making One Dress You’ll Wear Every Day for Life
This Italian Village Was Dying … Until the Refugees Came
See How Life Has Changed in the Middle East Over 58 Years
EXCLUSIVE: First Look Inside Christ's Burial Place in Centuries
EXCLUSIVE: A Closer Look Inside Christ's Unsealed Tomb
Pearl Harbor Hero Returns Home After 75 Years in an Unknown Grave
Deeper Look Inside Sunken Battleship Preserved Since Pearl Harbor Attack
Bears Ears: See America’s Sacred and Stunning New National Monument
See What It Takes to Move a 1,100-Ton Stone Tomb
See How to Make Sea Salt the Old-Fashioned Way
When Was the Tomb of Christ Discovered?
India's Taj Mahal Is an Enduring Monument to Love
Unearth the Hidden Origin of China's Terra-Cotta Warriors
Experience Italy’s Sun-Kissed Amalfi Coast
See the Castles and Cathedrals of Krakow’s Historic City Center
An Ancient Palatial Fortress Overlooks This Barren Desert in Israel
Discover Prehistoric Cliffside Dwellings of the Pueblo People
Get a Bird's-Eye View of the Famous Mont-Saint-Michel
Medieval Forts Restored as Spectacular Hunza Valley Builds Its Future
The Last Days of the Romanovs
How Catherine the Great Transformed the World's View of Russia
See Potala Palace, the Iconic Heart of Tibetan Buddhism
Journey Into Old Havana's Vibrant History
Lessons learned from a lifetime of working on a historic American West railroad
A brief history of Grand Canyon National Park
Exclusive video: Inside the cave of the ancient Jaguar God
See how generations of Muslims have helped take care of a Jewish synagogue in India
Street scenes from the Notre Dame fire
A brief history of Yellowstone National Park
See what Europe’s coins looked like before the euro
Watch as Russian Landslide Swallows Road
Dying to Breathe: The Unseen Cost of Gold Mining
Illegal Mining Both Helps and Hurts This Community
3,000-Year-Old Donkey Dung: A Clue to King Solomon's Mines?
What is Mercury Poisoning?
This Transylvanian Salt Mine is Now an Amusement Park
See how sand mining destroys one home to build another
All Category:
Show More Videos
National Geographic
© 1996-2015 National Geographic Society.
© 2015-2020 National Geographic Partners, LLC.
All rights reserved.