Transcript
Ibrahim Tholley, Ebola Paramedic, Handicap International:
As soon as you get into the ambulance you are dead. That is the perception they have. So whenever they see an ambulance they say, "if you go in there you will die."
The community members detected that they wanted to escape. So they blocked the car. We tracked the patient and the mother. Isolated the child in the car. All we know is that she is seriously sick. She cannot speak, she cannot walk.

To end Ebola we need to cut down the chain of transmission. If one person is sick you take them out of the majority so others will not be affected, too.

You don't take chances. Those contacts might have had direct contact with the dead person. You can never tell. So we need to make sure we get information on there whereabouts and follow up with them for the required period.

It's not easy for everything to go on as it should. Imagine a house has been quarantined but there is no food and no security. It is very difficult to monitor.

This man is a key contact. Because he is related to those over there. And both of them washed the dead body.
Ebola Tracer: "Did you know the person who died? And were you close to her? It's not so bad if you answer that you touched her. Even if they quarantine you its not so bad."

They have had contact with the deceased. All of them, this entire area will have to be quarantined.


Abdul Parker, Chief Supervisor, Safe Burials:
We started doing the burials August 10, 2014. Since that point until now we've buried over 5,000 people.  It's a big change in the way we've buried people up until now. We can now bury family members in a safe and dignified manner.

It plays a very very vital role because it stops the way people at first were handling bodies. Because before when people were not afraid of the disease. They touched the body and washed the body and all those things. But because of the vast sensitization that is going on when their loved ones die, they call the burial team to collect the body. It cuts dramatically in the cases of Ebola. 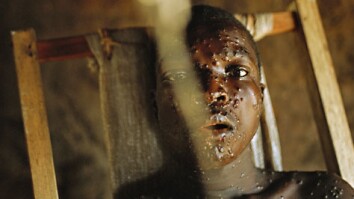 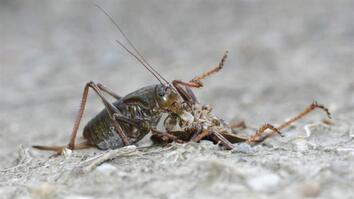 NG Live!: Iain Couzin: Lessons From a Cannibal Plague
Malaria Cure Breakthrough
The Displaced: This is Congo
How Food Can Make Us Sick
The Human Cost of Sugar Harvesting
What Are You Touching in NYC’s Subway?
Risk Takers: Working With Deadly Viruses
Saving Kids From Polio in Islamic State Territory
How This Tennis Champion Defied The Odds
A Child Prodigy, a Painful Disease, and a Life-Changing Treatment
Dying to Breathe: The Unseen Cost of Gold Mining
Bill Nye on Disease
Ringling Bros. Retired Its Elephants. This is Where They Live Now.
Why We Need to Change How We Combat Rabies
Why Are So Many Starfish Dying?
DNA Hacking Tool Enables Shortcut to Evolution
Puppies and Scientists Team Up Against Zika and Other Diseases
Crazy History Lesson: How the Rabies Vaccine Came to Be
Do You Touch This Nasty Object Every Day?
Exclusive: Matt Damon Gets Emotional About Global Water Crisis
The Science of Addiction: Here's Your Brain on Drugs
See How Mosquitoes Use Stealth to Steal Your Blood
Battling Evil: Inside the Mind of a Modern-Day Exorcist
Plague 101
How to Cleanse Your Beauty Regime of Microplastic
Why Is Kidney Disease on the Rise in Peru?
Cancer 101
Linked: Game of Clones
Ebola 101
How solving this medical mystery saved lives
Video Exclusive: Fauci dispels COVID-19 rumors, advocates change
When cities were cesspools of disease
In the 19th century, going to the doctor could kill you
How advertisers joined the fight against germs
Remembering Lives Lost: COVID's Toll
Inside an Ebola Clinic in West Africa
Ebola: Photos From the Heart of the Struggle
This Is What Happens to Your Brain on Opioids
This Tiny Beetle Is Devastating Forests in the Worst Outbreak Ever
Photographing the Ebola crisis
Dr. Fauci on Receiving Threats on His Life
Dr. Fauci Comments on Russian Vaccine
Stopping Pandemics: An exclusive National Geographic event with Dr. Fauci & other experts
Using Mobile Phones to Empower India's Poor
Ecologist Sees Rain Forest Through Villagers' Eyes
Two Blind Sisters See for the First Time
Anthropology Category:
Show More Videos
National Geographic
© 1996-2015 National Geographic Society.
© 2015-2020 National Geographic Partners, LLC.
All rights reserved.