Transcript
BRENT CHRISTENSEN, ICE CASTLES FOUNDER AND DESIGNER:
We packed the house and everybody had a great time.  We had music and lights and fire.  And it was a good time but, um, we recognize the risks when we’re dealing with a weather-related business.  And, and this year of a tough one for us here.

Right now we are standing in the crumbling remains of our once glorious Ice Castles here in Midway, Utah.

We were open for three evenings and that was our season this year.  Normally we are open from four to six to eight weeks.  This year, it warmed up and it never really, really got cold.  So we struggled and struggled.


JESSE STONE, ICE CASTLES SITE MANAGER:
We have no internal support structure whatsoever.  This is entirely done with ice and that’s it.

We’ve been hitting temperatures as high as fifty-degrees.  As far as an ice castle is concerned, it’s very, very difficult to grow in anything above thirty-degree temperature.

We have to make up for that on days when it is cold and try to work overtime.  We work double-shifts, triple-shifts.  We need to run around and make sure that the castle is growing properly, that the integrity of the structure is safe: it’s safe for the people visiting, it’s safe for my workers to climb the castles and towers so that they don’t get injured.

The Soldier Hollow Ice Castle consists of a variety of formations for people to visit.  We have anywhere from mazes to throne rooms.  We go slot canyons that are very symbolic to the slot canyons in Southern Utah.

The castle itself is very organic in its growth, you know.  We are very dependent upon weather, with the wind, temperatures, humidity.  Based on those factors, as they change the ice castle can change as well: the way ice grows, the direction ice grows, how quickly it grows, how thick or how long it grows.


BRENT CHRISTENSEN, ICE CASTLES FOUNDER AND DESIGNER:
You know, it is what it is.  I started it five years ago and it’s worth the risk because we have such an enthusiastic fan base, I guess, here in the area, if you would.  Despite all the challenges that we may have from year to year, I consider myself extremely blessed to be able to do this.  It’s an industry or a business that , um, I enjoy doing.   I just love it and so does everybody who works here. We just have a great time.

Hands down it is the great job I ever had. Ice Castles is like building a large fort.   It’s extremely fun.  It’s difficult. It’s challenging.  It can be very stressful.  But how often can you get the opportunity to build a fort of this magnitude.  It’s something tens of thousands of visitors come through every year. It’s artistic unlike anything in the entire world. 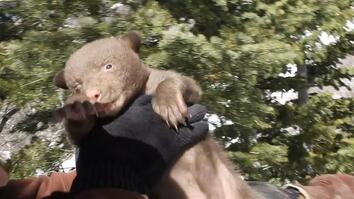 Utah Bears End Hibernation Early. That Could Be a Problem. 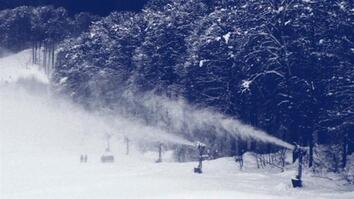 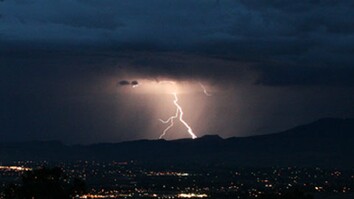 Weather
Climate and Weather
Weather 101
Tornadoes 101
Tornado Crosses Kansas Highway
Birth of a Tornado
Inside a Baseball-Size Hailstorm
Photographing in Fog
Where Does Road Salt Come From?
Sparse Snowpack Worsens California Drought Crisis
What Is the Polar Vortex?
101-Year-Old Weather Observer Still at Work
Why It’s Hard to Forecast the Weather
Climate Change 101 with Bill Nye
TIL: Why Do These Birds Eat Dirt?
Extreme Weather | Trailer
A Huge Chunk of Glacier Is Falling; Will They Get the Shot? | Extreme Weather (Behind the Scenes)
He Spent 40 Years Alone in the Woods, and Now Scientists Love Him
Civil War Forced Them to Run Where Water Is Scarce
Watch: Twin Waterspouts Spin Over Residential Beach
What Makes Hurricane Harvey So Potentially Deadly
Watch Daredevils Fly Into a Hurricane for Science
2017 Hurricane Season Revealed in NASA Animation
Why Niagara Falls Doesn't Freeze Solid
Florida Is So Cold, Iguanas Are Falling From Trees
Rare Snow In the World's Hottest Desert
The Crazy Ways Australia's Animals Are Dealing With Its Heat Wave
How Cape Town Is Coping With Its Worst Drought on Record
Watch Self-Rolling Snowballs Form in Canada
Rare Snowfall Covers Rome’s Monuments
Thousands of Starfish Wash Up Dead on U.K. Beach—Here’s Why
Putting Sensors on Oceangoing Birds Could Improve Weather Forecasting
Snow and Skies Turn Orange in Eastern Europe
What Made the Ground Split Open in Kenya?
What It Looks Like When You Drive Into a Tornado
This Plan to Save a Rare Albatross From Extinction Just Might Work
Hurricanes 101
Thunderstorms 101
Freeze Frame
NG Live!: Alone on the Ice: The Best Survival Story You've Never Heard
"Chasing Ice" Photographer Talks Melting Glaciers
I Didn't Know That: The Science Behind Ice-Skating
NG Live!: Paul Nicklen: Emperors of the Ice
Ice Racing With Studs
Chasing Antarctic Ice
Ice, Rock and Space
All Category:
Show More Videos
National Geographic
© 1996-2015 National Geographic Society.
© 2015-2020 National Geographic Partners, LLC.
All rights reserved.