[00:08] - When you're on the sled and you're going, and it's just quiet and you can just hear the dogs running and like the little clatter of the buckles and the clicks, I think that's the most peaceful thing for me. My name is Shaina Hammond, I'm 14, I've probably been racing for about two years.


[00:30] - I like to run the dogs because it's my escape from the world. It gives me my two, three, four hours at a time where I can literally forget all of it, everything. I don't take a cellphone, I don't check email, it doesn't matter what's going on anywhere else. Generally I like the dogs more than I like most people.


The Rodeo Run is two-day dog sled race. Each team will race two days in a row on the same trail, we'll take time each day and add those times together, and the total time will determine the winner. Fastest time wins.


[01:10] - It's an awesome thing, the dogs are doing what they've been bred to do. They love to run. And people that say "Oh, that's not nice you let your dogs pull and run," all you have to do is show them a harness and they go nuts. They're so excited to run, they love it.


[01:45] - When most people think of sled dogs, they think of the pretty fluffy ones with the blue eyes and the pointed ears, we actually run what they call Alaskan huskies, they have been bred with Greyhounds and Salukis and German short-haired pointers and Irish setters, anything you can think of to make that Husky just a little bit faster.


[02:10] - We kind of like doing short, fast races, finishing with the dogs in a warm truck, even in the house. Our dogs all sleep in the house with us, all 15 of them. And I just kind of like that, nothing against Iditarod or the distance races, but these short races, I just really love them.


[02:30] - Huskies are mischievous, they're trouble-makers, they're high-energy, they're smart. I've met some that are people in dog's clothes. Huskies just have something about them, they have a brain and you can talk to them. They're not just pets. They're working dogs, and any dog that gets to do what it's been bred to do, it's a pleasure to watch. 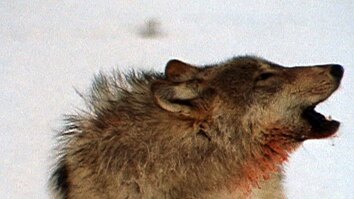 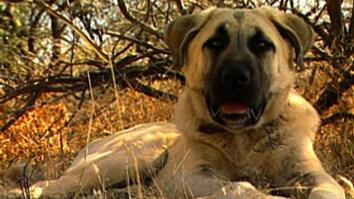 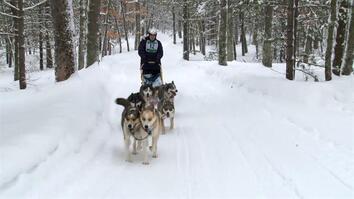 Off To The Races!
Introducing Titan!
Case File: Titan
Saved Sochi Dogs Arrive in U.S.
Life Below Zero: Sled Dogs
Soldier Adopts Dog That Saved His Life
Remembering the Vietnam War’s Combat Dogs
Teaching Dogs to Save Lives
Dean Potter BASE Jumps With His Dog
Hero War Dog Skydives With Soldier
Teaching Dogs to Save Lives
How a Handler and Her Dog Defied Army's Expectations
Dog Helps Veteran Cope With PTSD, Diabetes
A Dog’s Heavy Heart
Fighting Rhino Poaching With Guns, Drones, and Dogs
Whatever Happened to the Rescued Sochi Ten?
Client Tales: Miracle Puppy
Alone Across the Outback
Pups Rescued From Dog Meat Farm Need Adoption
This Dog's Nose Saves Honeybees
Inside a Dog Retirement Home
Pups or Pyometra?
Explorers Save Abandoned Puppy
Inside a Dog Rehab Center
Meet the Dog Trained to Take Down Poachers
Dogs: (Prehistoric) Man's Best Friend
Puppies: Little-Known Facts About Man's Best Friend
Why Do We Have Pets?
Puppies and Scientists Team Up Against Zika and Other Diseases
How a Tiny Dog Saved a National Geographic Expedition
Spanish Greyhounds: Finding Loving Homes for Mistreated Dogs
Man Punches Kangaroo
Ancient Wild Dog Population Feared Extinct, Now Captured on Camera
A Day in the Life of 'The Dogist,' Pet Photographer Extraordinaire
Dog Meat Sales Continue at Chinese Festival Despite Expected Ban (GRAPHIC VIDEO)
Watch: Blue Dogs Spotted in India—What's Causing It?
This Amazing Dog Helps to Save Endangered Parrots
What Makes Some Dogs More Aggressive?
Watch: Rescued Tortoise and Pet Dog Become the 'Best of Friends'
Dogs Change Facial Expression When Humans Pay Attention
Watch: This Dog Mom Protects a Leopard Cub From Cannibalism
This Ugly-Cute Hairless Dog Has a Surprising History
This is What Your Dog Does When You're Angry
This Rescued Dog is an Avid Mountain Climber
Three Puppies Get Stuck in Black Tar—Watch What Happens Next
How to Whistle for a Sheepdog the Traditional Welsh Way
All Category:
Show More Videos
National Geographic
© 1996-2015 National Geographic Society.
© 2015-2020 National Geographic Partners, LLC.
All rights reserved.