Oct. 28, 2014 - Hog farming is a lucrative business in Harnett County, North Carolina. It's also a major source of water pollution and… more
X

For more from the Whole Hog project at the UNC School of Journalism and Mass Communication, click here.
Transcript
Tom Butler:
00:09
You gonna let Pop Pop take you today?

Tom Butler:
00:27
In this area of the country, there wasn't anything like growing poultry or swine on large scales.

Tom Butler:
00:43
Prestage farm came to us and it just sparked our interest. Just to drive out to one of these barns and it looks like a big jet plane sitting up there with the big fans on the ends of the houses and stuff and it was so modern looking and clean. We were interested in making money, we’re capitalists, and we were willing to give it a shot.

Phillip Page:
01:10
Well my granddaddy, both granddaddies, we raised hogs on the ground. They had a little shelter they could get under and that was about it. And when I seen the first ones of these built, I was kind of shocked they were going to put that many pigs inside of a building and they weren’t ever going to get to go on the ground again.

Dave Hull:
01:47
It’s just you and the pigs, nobody else to fuss with. And the pigs win every time, so it don’t matter. Just like being married. No matter what’s going on, animal health is always first. They’ve got to depend on somebody just how we depend on somebody.

Tom Butler:
2:07
We never thought one moment about waste, or the impact on the environment. The first barn I ever flushed I went back there and I pulled that plug and I smelled that stuff and I said, What have I gotten myself into?

Tom Butler:
02:26
We weren't what they call tree huggers or greenies or radicals or anything. I mean I smell the lagoons at my house, so I said if I can ever help with that smell, I’ll do it. And then I had a chance to cover the lagoons. When you cover your lagoon, you do away with all the lagoon odor.  And we were destroying the greenhouse gases, but we were wasting all that energy. And I said, that’s wasting money. We could be using that as a fuel by putting that methane through a generator engine.


Tom Butler:
02:59
Basically, you just take pig manure and you put it in a covered area, and Mother Nature does all the work. And you’re gonna make methane automatically, and you run that through a pipe and it’ll turn a generator and it’ll make electricity.

Phillip Page:
03:17
Thomas, he’ll try anything. It’s expensive. I don’t know what the return’s gonna be, that’s what concerns me. Is it gonna be enough to actually make him break even? Nobody really knows.

Tom Butler:
03:37
Most of them think it's foolishness. Not in a bad way but it just will not ever work. So far they're right. We just haven't gotten the economics right. If I can live to be 80. (laugh) Really, I think it’ll happen in the next five years. Right now, I’d just say we’ve got a system that’s working, but it has, like on a scale of 1 to 10, it’s about a 2. And we're encouraged enough to keep trying.

Tom Butler:
04:12
I talk to people all over the world about renewable energy. I don’t sleep much, I’m up at four o’clock in the morning because that’s the best time to talk to China and places like that.

Tom Butler:
04:31
I just believe that you can take waste and make it an asset, and that’s what we’re trying to do.

What drives me is at the end of the day to tell the industry it can be done. It can be done cheap enough that an average producer can do it.

Tom Butler:
04:53
To be sustainable, we have to have permission to operate in the community, and to have that permission, we need to do the right environmental things.

For more from the Whole Hog project at the UNC School of Journalism and Mass Communication, click here. 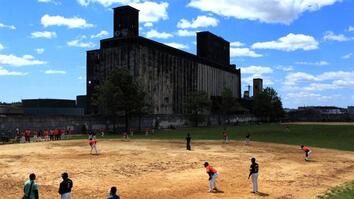 Do You Live Near a Toxic Superfund Site? 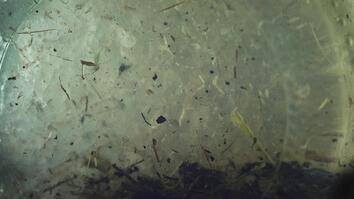 Are Microplastics in Our Water Becoming a Macroproblem? 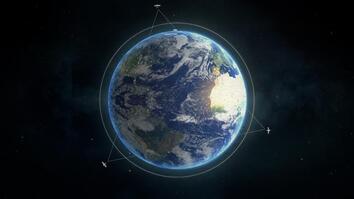 Climate Change: It’s Real. It’s Serious. And it’s up to us to Solve it.
See How It Feels to Be an Ocean Animal Stuck in a Plastic Bag
How We Can Keep Plastics Out of Our Ocean
Kids Take Action Against Ocean Plastic
Exclusive: Matt Damon Gets Emotional About Global Water Crisis
Here's How Much Plastic Trash Is Littering the Earth
Why These Tiny Ocean Creatures Are Eating Plastic
What is Solar Power?
What is Nuclear Energy?
Climate 101: Air Pollution
Pollution Is So Bad in India, It's Causing Car Crashes
What is the Keystone XL Pipeline?
After Years of War, Nature is Flourishing on These Tiny Islands
What is Acid Rain?
Manta Ray Swims in Trash-Filled Ocean
2,400 Animals Die in Oil Spill in Colombia
Plastics 101
Students' Ice Pops Bring Plastic Pollution to (Unappetizing) Life
Why Jack Johnson Sailed the Sargasso Sea Searching for Plastic
This Community in the Philippines Converts Plastic Fishing Nets to Carpet
Planet or Plastic? PSA
Sea Turtle Rescued From Abandoned 'Ghost Net' Snare
Crows Trained to Pick Up Trash Teach Humans A Lesson
Dead whale found with 13 pounds of plastic in stomach
Planet or Plastic? Make a resolution to choose the planet.
Meet the winners of the first National Geographic GeoChallenge
What's the world's most littered plastic item? Cigarette butts
Your sneakers are part of the plastic problem
Investor Vinod Khosla Bets on "Drop-in" Biofuels
The Hidden Costs of Turning Food Into Fuel
Road Trip Follows Strawberries Across the U.S.
Why Food Trucks Are Taking Over America
Ken Burns on the Dust Bowl
Tuareg Farmer
California Wine
Client Tales: The Jourdain Farm
Farming on a Rooftop
Visit the World’s Largest Open-Ocean Fish Farm
What Happens When Farming Goes High-Tech?
How Farming a Sacred Tea Can Help Save the Amazon
Market on the Farm Could Redefine the Grocery Trip
Untamed Horses in Iceland's Mountains
From Farm to Table
The Human Cost of Sugar Harvesting
Drones and the Future of Farming
Farmer Finds Woolly Mammoth Bones in Michigan
Technology Category:
Show More Videos
National Geographic
© 1996-2015 National Geographic Society.
© 2015-2020 National Geographic Partners, LLC.
All rights reserved.