Oct. 28, 2014 - Chris Pinchbeck makes and plays Scottish small-pipes. He crafts his pipes from scratch, meticulously grinding, sawing, and drilling to get just the right notes. A variation of the Great Highland bagpipes, the small-pipes pack a big sound and can bellow out a toe-tapping rhythm.

The bagpipe has a general mystery–a mystique–around it.   A lot of people don’t realize that there’s maybe a couple hundred different kinds of bagpipes in the world.

I make Scottish small-pipes.  They’re different in that the drones are tied into what is called a common stock.  There are for drones versus three, which allows for different harmonics to be played with the drones.  It’s a cauld wind pipe so it’s not a mouth-blown instrument.  It’s one that you blow with bellows under your arms, akin to a fireplace bellows.

It blends well with fiddle, guitar, whistle, concertina and any number of Celtic-related instruments, or not Celtic.  So it makes it instrument to play because you’re able immerse with other musicians.

[Bagpipes playing, then transition to machines in workshop]

I have to dabble in a whole different realm of different crafts.  There’s a whole lot that goes into it.  What I do in the shop is using my hands.  It is using a product that nature produced.  Everything about this process is very tangible and connected, so to speak.  And when you bring all of that material together, and the time and the labor, and the craft and the drilling and the sounds of the machines, and the harshness and grittiness of all of that, and you bring it all into this finer space, you hone into a certain sweetness so to speak.


A lot of us have sort of forged ahead to try to find native woods that will work in the sets.  I’ve got black locust.  I’ve got pop hornbeam.  I’ve pear.  I’ve got apple.  You know, the skies the limit on the type of wood but they do each have their own tone quality for sure.


One of the most exciting things about pipe making for me is actually when the set is finally tied in and you get it under your arms and you got it reeded and you make the set make its first breathes of air so to speak, each set sort of has its own soul.

I would say it is the last one percent of each set that’s the most difficult.  Really squeezing the soul out of each set in a way that makes each set really sound the most capable that it can.  You know, it is very for lack of a better term, it’s almost a very spiritual experience in trying to really, like I say, pull the most out of that instrument that you can and to make all of those sounds very sweet to the ear.

It’s a labor of love.  And I love to create these things.  It’s my small way that I feel like I’m contributing and at the same time making myself happy too.  When I’m old and an ancient, decrepit guy I really do wish and hope that I can impart some of this knowledge out and keep this beautiful music alive.

Oct. 28, 2014 - Chris Pinchbeck makes and plays Scottish small-pipes. He crafts his pipes from scratch, meticulously grinding, sawing, and drilling to get just the right notes. A variation of the Great Highland bagpipes, the small-pipes pack a big sound and can bellow out a toe-tapping rhythm. 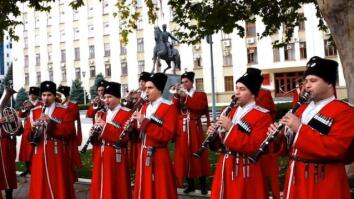 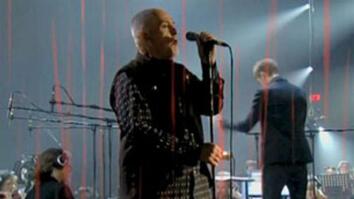 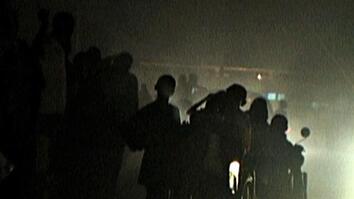