Some time in the mid-1990s it was accidentally introduced into the United States.  Here in the Mid-Atlantic, we have seen some of the most significant problems from this invasive species.  And in 2010, which was the biggest outbreak year that we’ve seen, we had growers that lost essentially all of their stone fruit crops—these are things like peaches and nectarines here in the Mid-Atlantic—and serious losses in the apple industry in this region.

It’s continued to spread throughout the country. It’s now been detected in 41 states.

This invasive is both an agricultural pest, but it is also an incredible nuisance pest so homeowners in the fall have to deal with large numbers coming into their homes, seeking an overwintering site—essentially a place to hibernate until spring. You know, you go to brush your teeth in the morning and there’s a stink bug sitting on your toothbrush.  It’s not really [laughs] something that people want to see.  So, it’s been very frustrating for homeowners as well to deal with these bugs in the numbers that they can come in.


ROBERT BLACK, CO-OWNER, CATOCTIN MOUNTAIN ORCHARD:
Well, back in July of 2010 we were contacted by Dr. Tracey Leskey of USDA.  She said, “Is there any chance we could come up and survey your orchard for stink bug?

You have to really be ready for them because with that needle mouth part that just pierces through the skin, when you lose 90% of your nectarines because of all the little pierce marks, sting marks or eating marks, and then apples losing 50% of the crop, you won’t be in business long if you let that happen all the time.

See our damage that we had in years past, I don’t want to see that again on my farm.


TRACY LESKEY, RESEARCH ENTOMOLOGIST, U.S. DEPARTMENT OF AGRICULTURE:
One of the basic biological questions and behavioral questions we had with this bug is their dispersal capacity, essentially how far they can move.  And so we know that that they stink bugs are strong fliers but we didn’t know necessarily know how far they could go.  So with the flight-mill system, which is basically like a treadmill for insects, we can tether them to that system and then allow them to naturally move.  And so they will make a rotation and that calculates a certain distance on that flight path – that circular flight path.

If a bug if flying continuously for 24 hours, that translates into 75 miles in a single day. The reason this is important is the threat they pose to agriculture.  How far could they potentially move from to reach agricultural production.

[LESKEY ON TAPE] So, these have been going for a number of hours.  And this particular, it doesn’t seem to have moved much.

[COLLEAGUE ON TAPE] No, no.  Even earlier this morning…

TRACY LESKEY, RESEARCH ENTOMOLOGIST, U.S. DEPARTMENT OF AGRICULTURE:
EthoVision is a tracking software.  In that system we measured both adults and nymphs in terms of their walking behavior.  We can also use it as a mechanism to understand how they respond when they come in contact with different  stimuli.  For example, we’ve put repellant in that system and so we see the insects immediately being stimulated and trying to essentially escape that arena when they are put on a repellant.  Or in some cases insecticides.

Harmonic radar is a mobile tracking system where we literally tag the insect with a small radar tag.  It has copper wire with a small diode.  And then the radar system itself implements the use of marine radar.  And so we’ve been able to use it with brown marmorated stink bugs to understand retention capacity and understand how particular host plants or particular stimuli like the pheromone—how attractive are they in terms of retaining them at a particular location.

We know that insect development is linked to temperature.  They typically to a point develop faster under warmer temperatures. So this year, this summer here in the Mid-Atlantic it’s been cooler, it’s been wetter than in past seasons.  And it’s probably slowed their activity so we’ve had a smaller population this year than we’ve seen in hotter, drier years.

The long term goal is to try to reduce populations across the landscape.  This is an insect that has come in, it disrupted the system and it’s just caused so many problems.  And so for me, I want to solve those problems.  Anything we learn from the agricultural standpoint is ultimately going to help the homeowner problem as well.  So I absolutely believe we can solve this problem.  It takes a team effort and it takes a lot of work but we’ll get there because, um, I never want to see what happened in 2010 again. 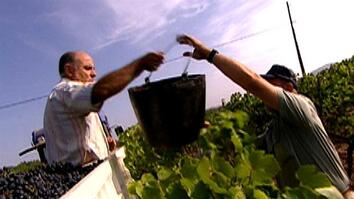 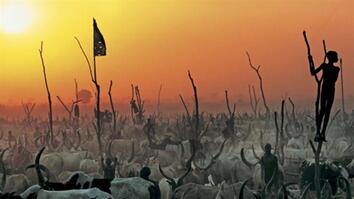 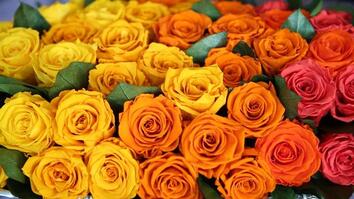 Do You Know Where Your Roses Come From?
How a South American Wasp Saved an African Crop
From Farm to Table
Drones and the Future of Farming
We Are What We Eat: Pakistan
Can You Build a House With Hemp?
Turkey Dinner: Good For You, Bad For the Planet?
The Call of the Land: Meet The Next Generation of Farmers
This Greek Cave is Teeming With History—and Bodies
The Surprising History of Bananas in Under 2 Minutes
Rare 1920s Footage: All-Black Towns Living the American Dream
Turning Seeds Into an American Icon: A History of Hemp in the U.S.
This New Zealand Couple Is Charming—So Is Their Farming
What’s It Like to Live in a Town Without Water?
Risking Arrest, Pygmies Deal Weed to Survive in the Congo
Would You Stay if Your Home Became a Desert?
This is the World’s Most Expensive Spice
How Growing Trees Helps Fight Poverty in Cameroon
In a Land of Plenty, Faith and Farming Unite This Community
Drowning in Grain: A Look at the Hidden Dangers of Farming
This Innovative, Edible "Peel" May Keep Your Fruit Fresh Even Longer
Why Prehistoric Women Had Super-Strong Bones
Watch: Extremely Endangered Tiger Losing Habitat—and Fast
See the Quiet Beauty of Farm Life on the Scottish Isles
See How Valentine’s Day Roses Make It From Ecuador to You
Is the Future of Farming Already Here?
Watch Thousands of Cranes Take Flight in One of Earth's Last Great Migrations
Tusked Elephant Charges After Man in Tea Field
Soar Over the Lush Rice Terraces of the Philippines
Great Innovators: The Rise of Australian Wine
How a fish might grow your next salad
Centipede vs. Snake
Assassin Bug vs. Bats
Bed Bugs
Cockroaches Are Everywhere
Giant Vacuum to Help Bugs in Oiled Marshes?
Body Farm
Butterfly Effects
World's Weirdest: Flies and Maggots
World's Weirdest: Smelly Fruit Fly Cologne
World's Weirdest: Larva Removed From a Girl's Scalp
Black Widow: Most Venomous Spider in North America
Praying Mantis vs. Grasshopper
Salamander vs. Bugs
Photo Ark: Portraits of Wildlife Worth Saving
Weaver Ants...On the Menu
Earth Category:
Show More Videos
National Geographic
© 1996-2015 National Geographic Society.
© 2015-2020 National Geographic Partners, LLC.
All rights reserved.