The Green Bank Telescope, located in Green Bank, West Virginia, is home to the largest fully steerable telescope in the world. Taller than… more
X

The Green Bank Telescope, located in Green Bank, West Virginia, is home to the largest fully steerable telescope in the world. Taller than the Statue of Liberty, and with a diameter equivalent to the length of three U.S. football fields, this engineering marvel is precise enough to capture the faintest radio waves in the cosmos. Using the data from the GBT, researchers and scientists are able to study the faintest radio objects in the universe.

Transcript
Michael Holstine
Business Manager
NRAO, Green Bank Site
The GBT is the largest fully-steerable radio telescope on the planet, it's one of the largest moving structures on land, it stands 485 feet above ground level, which makes it taller than the Statue of Liberty. Weighs almost 17 million pound, so with 16 wheels, more than a million pounds per wheel is transferred to the foundation. Like a bigger bucket collects more raindrops, the GBT's large surface area can collect more radio waves from space. The reflecting area is 2.3 acres, so a football stadium would fit inside of that.

Karen O'Neil
Site Director
NRAO, Green Bank Site
So radio telescopes are just one window onto the universe. So when you think about astronomy, often people will think about your classic optical telescope, something you can stick your eye up to and you can look through and you get to look at a picture of a galaxy. A radio telescope is the exact same idea, only instead of looking at the optical waves, the stuff you can see with your eye, it's looking at radio waves.

Brett McGuire
Postdoctoral Scholar
California Institute of Technology
We're trying to principles of things we understand about chemistry in the laboratory and apply those to molecules in space, understand how you can build up things that lead to the formation of maybe life, from what we see starting out in the earliest remnants of dead stars and the birthplace of solar systems.

Brandon Carroll
Graduate Student
California Institute of Technology
The light coming from the galaxy we're looking at is about as old as the Earth is now. The GBT is especially good for this, it's so massive, it's beam is very small, it's incredibly sensitive for this kind of work.

Michael Holstine
The sensitivity of the GBT is 10 to the minus 29th watts per square meter per hertz. Now, to put that in a term you can understand, it can detect the energy level that's equivalent to the energy given off by a single snowflake hitting the ground. A typical quasar in space gives out a billionth of a billionth of a millionth of a watt. So it takes very sophisticated and very sensitive receivers to detect those signals and be able to process them in a manner that the astronomer is needing.

Karen O'Neil
How many kids haven't looked up at the sky and just said, 'What's up there?' And astronomy is able to talk to them about that and keep that curiosity going, so that kid who was curious about astronomy may turn out to be the next best physicist, they may turn out to get a Nobel prize solving something in medicine, but it all started because there was someone willing to answer their questions about what's up in the sky.

The Green Bank Telescope, located in Green Bank, West Virginia, is home to the largest fully steerable telescope in the world. Taller than the Statue of Liberty, and with a diameter equivalent to the length of three U.S. football fields, this engineering marvel is precise enough to capture the faintest radio waves in the cosmos. Using the data from the GBT, researchers and scientists are able to study the faintest radio objects in the universe. 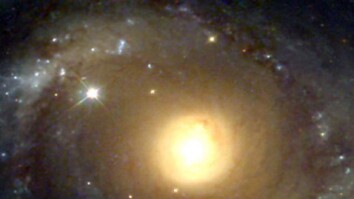 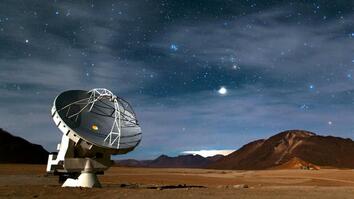 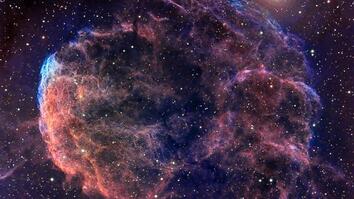 The Art of Astrophotography
The U.S. Town With No Cell Phones or Wi-Fi
Life Beyond Earth, Part 1: Linda Spilker
Time-Lapse: Blood Moon Over the National Mall
Life Beyond Earth, Part 3: Natalie Batalha
Mars Once Held an Ocean
Galactic Pinball
Where Stars Are Born
Fly Through Deep Space in This Hubble Simulation
Chaotic Spin of Pluto's Moon
Travel Inside a Double-Star System Brighter Than Our Sun
Seven Earth-like Planets Discovered in Nearby Star System
Follow the Eclipse on Its Coast-to-Coast Tour
Pluto 101
Found: Evidence Suggests First Moon Outside Our Solar System
Saturn 101
What is an Equinox?
This Blind Astrophysicist 'Sees' the Universe in the Most Amazing Way
What is a Solstice?
Lunar Eclipse 101
Purple Streak Named 'Steve' Is a Whole New Type of Aurora
People on the Street React to the Moon in the Most Awe-inspiring Way
Uranus 101
Exoplanets 101
Meteor Showers 101
Stars 101
When Climate Change Became Personal, She Turned to Radio
See What It Takes to Hide a Secret Tracker in a Rhino Horn
Building the Largest Space Telescope Ever
ALMA Telescope
To a Billionth of a Meter: Go Inside a Telescope Mirror Factory
Iconic Space Images Are Actually Black-and-White
A Hundred Million Stars in 3 Minutes
Time Lapse: Watch One Earth Year From Space
Does Earth Have a Twin? These People Want to Find Out
Fly Through a Star-Studded Nebula In a New 3-D Visualization
Fish Category:
Show More Videos
National Geographic
© 1996-2015 National Geographic Society.
© 2015-2020 National Geographic Partners, LLC.
All rights reserved.