Sept. 18, 2014 - An invasive species of marsh reed has taken over a wetland in New York, and high school students have joined with biologists to try to destroy it without using chemicals. Phragmites australis, also referred to as phrag, is a large, invasive reed that kills plants around it. Many in nearby communities oppose chemical spraying, so attempts are under way to control the plant naturally.

Transcript
Robert Newton00:00:07.96This marsh, if you were here 150 years ago, it was like a patchwork of all different kinds of micro-environments and you had sedges and a few bushes and some phragmites and some spartina, just really, a dozen different major species. Robert Newton00:00:28.29And in the last hundred years, it's become essentially a monoculture. Over 90% of the surface is covered by one plant, the species called Phragmites australis, which is simply common reed. Robert Newton00:00:43.00For some reason, this Northern European subspecies that came into Connecticut about 200 years ago has just taken off up and down the East Coast, from Maine to Florida. Alondra Cruz00:00:59.42Phragmites can hold the waste and stuff, but, too much of it, is not needed. Especially where you have other native plants that are trying to grow. And, the smell too, it's like, horrible.Robert Newton00:01:17.53The central issue with this invasive is that it disrupts the balance that is at the heart of the existing food chain. And, can often lead to a tremendous loss in biodiversity. Robert Newton00:01:34.10What got me involved in the marsh, was working with these kids. But what came out of that was a ten year ecological study of the marsh that is really unique in terms of how much real data it’s produced, and we've had some discoveries about the extent to which the marsh has become a monoculture agriculturally and the extent to which we've really seen a loss in diversity in the fish species as a result. Robert Newton00:02:08.61There's been a big controversy in the last year plus, in Piermont, about whether to try to remediate this invasive plant, and if so, how. The cost effective solution is to spray with a chemical. A lot of people are opposed. So, this summer is trying to look at non-chemical ways to help to manage the phragmites invasion. Robert Newton00:02:37.59So the idea that we're working on is if you roll black plastic out, over this thing, we think we can get the sub-surface hot enough to actually kill the phrag roots by heat. Alondra Cruz00:03:02.89The way we started doing our experiment was we collected rhizome samples from different plots that we have. We brought them back to the lab to boil them at different temperatures. And they stayed there for 24 hours, just to determine how we can cook the rhizome, which is the root, to kill off phrag. Alondra Cruz00:03:30.18We replanted them again, today, to figure out how do they grow. But most of them are pretty dead by now, so I doubt they'll grow. Robert Newton00:03:49.18This plant is not a monster. This plant's not an evil thing. It's a very productive plant; it provides some important ecosystem services. It is sequestering carbon. It is holding the marsh together. It is keeping up with sea level rise. It is providing a home for muskrats, but you have to, at the same time, have a perspective on what's been lost. Robert Newton00:04:16.38This is not something you're going to fix in a year or ten. It's all up and down the coast. It is going to reinvade a number of times and unless you create the human infrastructure required for that kind of long-term management, then you really haven't done much.
X

Sept. 18, 2014 - An invasive species of marsh reed has taken over a wetland in New York, and high school students have joined with biologists to try to destroy it without using chemicals. Phragmites australis, also referred to as phrag, is a large, invasive reed that kills plants around it. Many in nearby communities oppose chemical spraying, so attempts are under way to control the plant naturally. 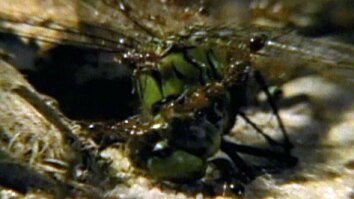 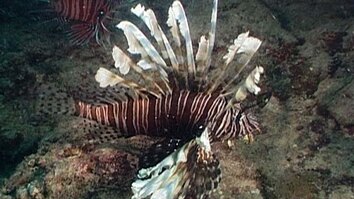 Lionfish
Madagascar's Mysterious Fossa
Fighting the Invasive Stinkbug
Why This Invasive Lizard Is Bad for Puerto Rico
Divers Fight the Invasive Lionfish
Hunting and Eating Invasive Iguanas
Why Lionfish Should Be Your Favorite Fish to Eat
See How These Birds Solve Tricky Puzzles
How Eating Venomous Lionfish Helps the Environment
TIL: Lionfish Jewelry Can Help Save the Ocean
Once, This Island Had Just One Tree—Look at It Now
Florida Is So Cold, Iguanas Are Falling From Trees
Pythons 101
Invasive Species 101
Great Blue Heron
Explosions May Save Wetlands
Wood Storks
Close Call: When a Hippo Flips Your Boat
“I Will Do Everything in My Power to Protect This Place”
Saving One of the Most Pristine Wetlands on Earth
All Category:
Show More Videos
National Geographic
© 1996-2015 National Geographic Society.
© 2015-2020 National Geographic Partners, LLC.
All rights reserved.