For more about Richard Hendrickson and a Q&A with him, click here.
Transcript
Richard G. Hendrickson

Can you hear me up there? About how long will I be able to do this?    I would like to continue taking the weather and be ahold of my common sense, as long as it is accurate.


Richard became a coop observer, at the age of 18, in 1930. Little did he know, 84 years later, he'd be taking observations still. He claims that the station's never missed a day, and it's true.


Clear, partly cloudy, cloudy, when it starts to rain, when it stops, measure how much rain fell, right to within one hundredth of an inch. I take the weather, record it with government weather instruments everyday. It’s what they would like, and I'm here on the farm, so I do it.


Today we awarded with the Richard G. Hendrickson Award. He is the first observer to reach 80 years. And, in fact, he is approaching his 84th anniversary. All those 84 years have given us an unbelievable data set of climatology for not only the east end of Long Island, but it threads into the fabric of the climatology of the entire country. To this day, every morning, he calls in his observations. We're very thankful for that, because when he talks to us in the morning, many times he gives us some recollections from the past.


It blew houses away. It blew your fruit orchard away. It blew the corn in the field that you're going to put in the silo flat. The ocean come up over the land and it took a lot of the houses that were built too close to the ocean. The barometer readings, the wind direction, the wind velocity, the amount of rainfall, I kept track of that all through the '38 hurricane.


He often says that this is what I do for my country. To get a good handle of whether the climate is changing and how much it is at any one location, you really do need a longer range, more than ten years of data to get any kind of idea of where the climate is going.


It's life with agriculture. You've got to live and work and play with mother nature. She's the boss.

For more about Richard Hendrickson and a Q&A with him, click here. 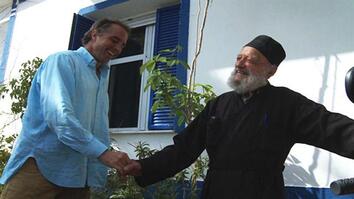 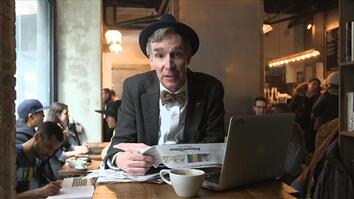 Sharing in the Information Age
Rediscovering Youth on the Colorado River
This Senior-Citizen Synchronized Swim Team Will Make Your Day
77-Year-Old Kitesurfer Proves You’re Never Too Old to Fly
Llamas Bring Happiness to Nursing Home
This Intimate Look at a Woman's Last Days Will Touch Your Soul
Does This Village in China Hold the Key to Living Past 100?
109-Year-Old Veteran and His Secrets to Life Will Make You Smile
Why Do Women Live Longer Than Men?
90-Year-Old Figure Skater Will Warm Your Heart with Her Amazing Talent
Why Science Says It's Good for Kids to Lie
This 62-Year-Old Snowboarder Is Living Life to the Fullest
Married for 88 Years, This Couple Shares Their Secrets to Love
This Amazing Musical 'Coffin Club' Will Make You Want to Join
Now in Their 70s, Two Friends Return to the Arctic for One More Adventure
Making Snow for the Olympics
Weather
Climate and Weather
Weather 101
Tornadoes 101
Tornado Crosses Kansas Highway
Birth of a Tornado
Inside a Baseball-Size Hailstorm
Photographing in Fog
Where Does Road Salt Come From?
Sparse Snowpack Worsens California Drought Crisis
What Is the Polar Vortex?
Ice Castle Closes Due to Utah's Warm Winter
Utah Bears End Hibernation Early. That Could Be a Problem.
Why It’s Hard to Forecast the Weather
Climate Change 101 with Bill Nye
TIL: Why Do These Birds Eat Dirt?
Extreme Weather | Trailer
A Huge Chunk of Glacier Is Falling; Will They Get the Shot? | Extreme Weather (Behind the Scenes)
He Spent 40 Years Alone in the Woods, and Now Scientists Love Him
Civil War Forced Them to Run Where Water Is Scarce
Watch: Twin Waterspouts Spin Over Residential Beach
What Makes Hurricane Harvey So Potentially Deadly
Watch Daredevils Fly Into a Hurricane for Science
2017 Hurricane Season Revealed in NASA Animation
Why Niagara Falls Doesn't Freeze Solid
Florida Is So Cold, Iguanas Are Falling From Trees
Rare Snow In the World's Hottest Desert
The Crazy Ways Australia's Animals Are Dealing With Its Heat Wave
How Cape Town Is Coping With Its Worst Drought on Record
Nat Geo Exclusives Category:
Show More Videos
National Geographic
© 1996-2015 National Geographic Society.
© 2015-2020 National Geographic Partners, LLC.
All rights reserved.