I can document those things that a photographer might miss. Because in the heat of the battlefield, there's ten thousand things going on and he's got a lens pointed in one direction. I just think there's something that an artist can bring to history that's an emotionally charged piece.

When I go back into the collection and look at the art pieces, there are things in there that give me goosebumps. And I just feel like that is an important part of military history that you don't want to miss.

The army art program started in World War I. Back then the US followed Europe's lead and send some artists into the field to document the war. And we've been doing it ever since.

Every artist in any period is a product of their time whether or not they know it. They often bring social aspects to their work without even knowing it.

I was a high school art teacher during the 9/11 and I watched 9/11 happen, the events of that, in a classroom full of high school art students and I knew that day that the calling to serve my community was larger than a local community. And I pretty much went straight to a recruiters office and joined the army.

This position is a normal tour of duty for a solider. So it's a three to four year position. Like i would love to stay here and never leave, but it's nice that we have changing perspective on what the army does every three to four years. I think that is an incredible smart thing to do.

The army has an obligation to the American people to preserve this art work. This is a national collection, it's considered to be the same as a Smithsonian.

It has a lot of meaning to be working and handling these kind of items that have been used in conflicts over such a great period of time in our country. The understanding that you can get from what was involved in what they were doing in serving their country, I think is much more profound than as an arm chair historian of some kind. These items that are here will be here until the end of time and it's important that they're cared for carefully. And when you start looking at requirements on how to preserve items, that's what this facility focuses on.

We have 16,000 pieces in the army art collection, and it's growing every day. The Nazi propaganda art was collected by the US Army at the end of World War II and that was because of the Potsdam agreement, which was enacted in order to make sure that the Nazi party never started up again.

The reason why it was collected rather than destroyed, was because it's part of the world's history. And if we destroyed it, are we really going to learn from it?

It's pretty intense to know that I am the creator, or documenting this moment in time for the history. This close out on the global war on terror is my legacy as the artist in residence. For me, each artist has painted this little snippet of history. But I feel incredibly proud to know that the close out of this war is the story that I get to tell. 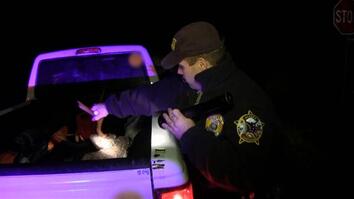 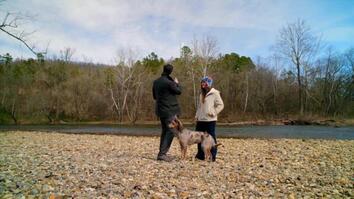 Titanic’s Got A Gun 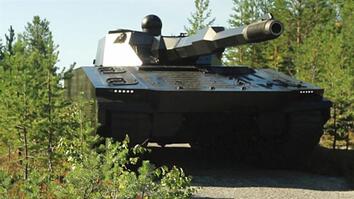