To entice New Yorkers away from mainstream brands, local distillers infuse their spirits with New York ingredients and atmosphere. See how two independent makers, Kings County Distillery and Greenhook Ginsmiths, are bringing the Empire State's character and distilling past into the mix.

I grew up in Kentucky. It was a dry county. So I was interested in this cultural difference and curious enough that I bought a still off the internet and started making moonshine in my apartment which, it's illegal, so I was slightly worried about it and ultimately, that worry led to starting a real, legitimate business.

New York City has a climate that's very similar to Kentucky, you get a lot of temperature fluxuation which is what contributes most to the aging of the whiskey.

On hot days, the whiskey will expand, driving the spirit deep into the pores of the wood and on colder days, the spirit will shrink, and that pulls the spirit back out of those pores.

That process of filtering infuses it with the caramelized sap of the tree which is really where bourbon gets its flavor from.

Really, up until prohibition, there were thousands of whiskey distilleries over the history of New York City. The first distillery in the country was here, during the Civil War, a lot of Irish immigrants moved here with a specific intention of building distilleries. It's, in a way, part of what defines Brooklyn, is people moving to Brooklyn to apply a trade, and was certainly true in the 1860's, is true in 2014 too.

I think other people have had the same light bulb in their head that it makes sense in this city full of people who like to drink to give them a connection to what they're making. '

Why am I making gin? I was always a big gin drinker. And it was something I was interested in.

I was working on Wall Street at the time. It was one of those jobs where you wake up, cringe about going to work on Monday morning, so this is something that, even though it's very challenging, it's exciting.

You spend more time working than you ever spend with your family, your friends, or anything, so you want to do something that you enjoy doing.

Most companies use corn because corn is the cheapest of the grains. We use an organic, New York State grown wheat, grown up around Syracuse. It's a really nice, soft neutral base, blank canvas that you're painting your picture on.

Our gin is vacuum distilled, a technique that was being used as early as the 19th century by French perfume distillers, because flowers are very succeptible to the damages from heat.

Vacuum distillation process removes air pressure from an enclosed environment. At a reduced atmospheric pressure, you can lower the temperature you distill at, prevents a lot of the delicate aromas from the botanicals from getting stewed.

What's great about the distilleries in New York City is that everybody is kind of doing something different. and that is contributing to a fairly diverse landscape of spirits.

Corn whiskey by law has to be 80% corn. That's just a federal rule, so in a sense, the recipe is kind of given by the federal government, so when people say what's your secret recipe, it's like, that's not a lot to hide there, it's pretty much given.

About 75% of our ingredients come from instate, in an organic farm in the finger lakes. And the other ingredient is malted barley, which in our case comes from the U.K. So we get three tons of corn each month. It just really takes a lot of grain to make whiskey.

Last year we made about 3,000 gallons of whiskey, but what we make relative, I mean, I went to Jim Beam and the volume of spirit that was coming out of their still, it's like you go to a fire hydrant and open it wide up and it's just 3 inch pipe that's just pouring whiskey out of the column, so I'm sure in a matter of 10 or 20 minutes they make about what we make in an entire year.

There's 12 or 16 craft distilleries. I think over time it will become at least a presence, in terms of the market and what people come to appreciate about going out in New York City.

To entice New Yorkers away from mainstream brands, local distillers infuse their spirits with New York ingredients and atmosphere. See how two independent makers, Kings County Distillery and Greenhook Ginsmiths, are bringing the Empire State's character and distilling past into the mix. 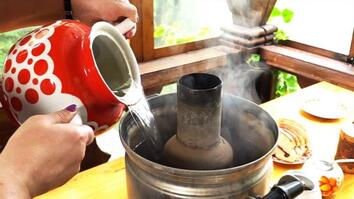 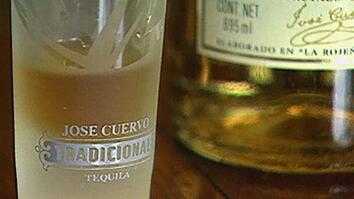 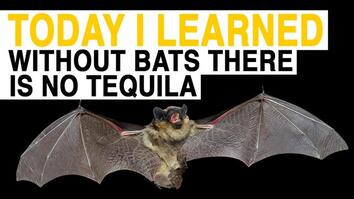 TIL: If You Like Tequila, You Should Love Bats. Here’s Why.
The Science of Addiction: Here's Your Brain on Drugs
Fly Up Close to a Long-Nosed Bat in Hypnotic Slow-Mo
How to Drink Vodka the Russian Way
Alcohol 101
All Category:
Show More Videos
National Geographic
© 1996-2015 National Geographic Society.
© 2015-2020 National Geographic Partners, LLC.
All rights reserved.