Transcript
Maria Agudelo, Agriscience student - Terra Environmental Research Institute
It is really exciting to actually have been able to take them out of the bottles because we were  very careful, like you can't touch them, they might fall, they might break. So the fact that we were able to open them and take the things out and go through the leaves, it was a fun experiment.

Surey Rios, Agriscience Instructor - Terra Environmental Research Institute
Fairchild Tropical Botanic Garden is trying to grow a million orchids. To do that they have to grow a lot more than that because of the survivability of these orchids is not that high. In order for us to grow a million, the students have to do a hundred of the set ups, and it's very difficult for one place to do that on their own, so trying to get all the schools out there to participate and to have their own set up.

Carl Lewis, Director - Fairchild Tropical Botanic Garden
Late 1800s, early 1900s there were thousands of orchids on a daily basis being pulled out of the forests here in south Florida all the way to the everglades. Those orchids were loaded by the thousands on box cars, sent up to northern cities here in the united states as disposable house plants.

They seemed like an unlimited resource. There were so many orchids here in south Florida. But you do that enough times, year after year and eventually the populations are depleted.

There's really no hope that they'll come back in large numbers unless they have some help. So with the Million Orchid Project we want to just do that sudden large boost of the orchid population. We want to get so many of them out there that they'll stand a chance

The great thing about a micropropagation lab like this, is we can use artificial conditions to make all of those seeds grow. So we can take all of those individual seeds and put them into bottles with growth medium that gives them just the right mixture of chemicals, just the right level of moisture that they would find in the bark of a tree. And we can give them just the right level of light. From one seed pod we can produce thousands and thousands of individual orchid plants. So having a lab like this allows us to tip the odds way in our favor of producing enough orchids to repopulate the community.

Jabari McNichols, Agriscience student - Terra Environmental Research Institute
We really have been told by the past generation that we are the inheritors  and ambassadors of the world, so I really do think that it's a lot of our responsibility to correct the mistakes that were done in the past. Maybe if there's just enough of us passing along the message and doing the right thing, then maybe we can make a difference.

Carl Lewis, Director - Fairchild Tropical Botanic Garden
These are the orchids that we would have seen if we were here a hundred fifty years ago. On all of the oak trees, all the mahogany trees. So the idea is to get them back to that critical mass where you'll see them everywhere and there'll be enough that they'll seed themselves. 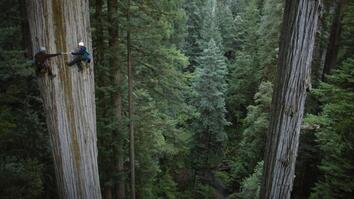 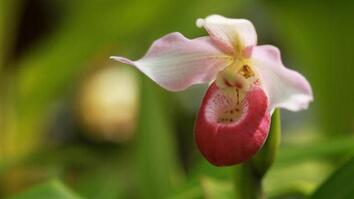 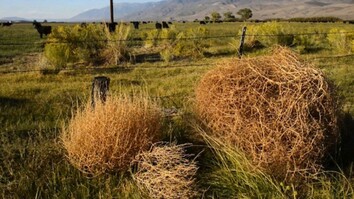 The Weed That Won the West
China's Amazing Flora
Mimicry: The Art of Deception Among Orchids
Karoo Biome
NG Live!: People, Plants, and Pollinators
Tomatoes Shed Light on How Plants Fight Drought
Can You Tell a Lily From a Peony? Flowers Bloom Before Your Eyes
Onward: Hawaii Botanist Races to Save Rare Plants
Eerie Time-Lapse of Bug-Eating Plants
Animation Explores the Beautiful Circles of Our World
Protect the Grass, Save the People (and the Monkeys)
Risking Arrest, Pygmies Deal Weed to Survive in the Congo
Here, Cutting Down Millions of Trees is Actually a Good Thing
Once, This Island Had Just One Tree—Look at It Now
Watch an Eerie Tree Burning From the Inside in California Wildfire
After Years of War, Nature is Flourishing on These Tiny Islands
How trees secretly talk to each other in the forest
Watch: Mutant Plant Glows When Attacked
Rare ghost orchid has multiple pollinators, groundbreaking video reveals
The Corpse Flower: Behind the Stink
Flowers
Do You Know Where Your Roses Come From?
Welcomed to the Jungle
Time-Lapse: Beautiful Cacti Bloom Before Your Eyes
TIL: A Bumblebee's Buzz Is Basically a Superpower
Watch a Delicate Dance Between Flowers and Insects
Watch a Garden Come to Life in This Absolutely Breathtaking Time-Lapse
One of Earth’s Driest Places Experiences Rare Flower Boom
Beautiful Animation Shows What It's Like to Be Homesick in a New Country
See How Valentine’s Day Roses Make It From Ecuador to You
See the Stunning Beauty of Flowers Exposed to Fire, Ice, and Ink
Stay in Luxury Amongst South Africa's Unique Floral Kingdom
Cherry Blossoms and Other Beautiful Flowers Usher in Spring in China
Cassowary Dung's Seedy, Smelly Secrets
History & Civilization Category:
Show More Videos
National Geographic
© 1996-2015 National Geographic Society.
© 2015-2020 National Geographic Partners, LLC.
All rights reserved.