“This is a pretty stunning example of how little snow we’ve had this season.

We’ve got a patch here and a few patches up in the trees, but in a normal year, we’re

and not walking , and there should be 3-4 feet of now at this location.

We’re looking at basically, virtually a dry watershed at this point.”

“We depend upon the snow pack to act as a gigantic reservoir, that in ordinary

years, accumulates during the fall and winter and then gradually melts off in

the spring and summer, and replenishes the water that we’ve taken out of the

precipitation throughout the season already, our reservoir storage is already about

three-quarters of what it should be. “

“Normally we would be under water here. And the top of the lake would be at the

top of that point behind us.

around, but it also provides habitat for the fisheries downstream and helps balance

the salinity in the San Joaquin Delta. “

that entrains or brings moisture up from the tropics. And if you look on a satellite or

radar depiction, it’s as though there was a massive river directed at the West Coast.

“In November and December, 2012, we had a couple large atmospheric river events

and had us on to a strong start to the water year. With the new year of 2013, that

stopped. And we proceeded to have the driest calendar year in 120 years.”

“Climate is extremely variable. So we have prolonged drought over a decade or

several decades, and in some cases over a century. And it alternates with periods of

when it’s much wetter, and we have big floods. Because we see a recurring pattern

of droughts, over the last few thousand years, we can predict that they probably will

recur again, and we may even have entered one.”

“The lack of snow pack as we move through the season, is going to create real

with a soil moisture deficit. And as we don’t accumulate, don’t replace that, then this

coming summer it could be pretty grim.” 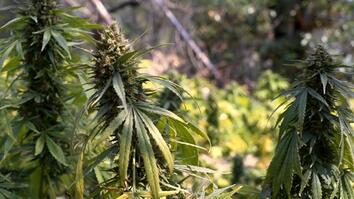 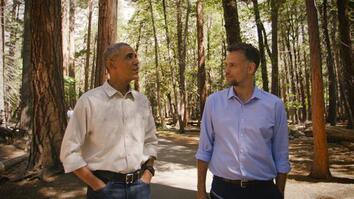 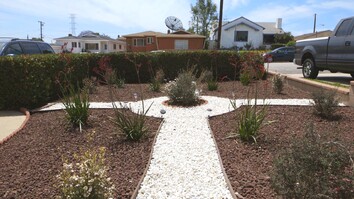 Grassless Lawns Catching On During California Drought
What Happens If Your Town Runs Out of Water?
Making Snow for the Olympics
Weather
Climate and Weather
Weather 101
Tornadoes 101
Tornado Crosses Kansas Highway
Birth of a Tornado
Inside a Baseball-Size Hailstorm
Photographing in Fog
Where Does Road Salt Come From?
What Is the Polar Vortex?
101-Year-Old Weather Observer Still at Work
Ice Castle Closes Due to Utah's Warm Winter
Utah Bears End Hibernation Early. That Could Be a Problem.
Why It’s Hard to Forecast the Weather
Climate Change 101 with Bill Nye
TIL: Why Do These Birds Eat Dirt?
Extreme Weather | Trailer
A Huge Chunk of Glacier Is Falling; Will They Get the Shot? | Extreme Weather (Behind the Scenes)
He Spent 40 Years Alone in the Woods, and Now Scientists Love Him
Civil War Forced Them to Run Where Water Is Scarce
Watch: Twin Waterspouts Spin Over Residential Beach
What Makes Hurricane Harvey So Potentially Deadly
Watch Daredevils Fly Into a Hurricane for Science
2017 Hurricane Season Revealed in NASA Animation
Why Niagara Falls Doesn't Freeze Solid
Florida Is So Cold, Iguanas Are Falling From Trees
Rare Snow In the World's Hottest Desert
The Crazy Ways Australia's Animals Are Dealing With Its Heat Wave
How Cape Town Is Coping With Its Worst Drought on Record
Watch Self-Rolling Snowballs Form in Canada
Rare Snowfall Covers Rome’s Monuments
Thousands of Starfish Wash Up Dead on U.K. Beach—Here’s Why
Putting Sensors on Oceangoing Birds Could Improve Weather Forecasting
Snow and Skies Turn Orange in Eastern Europe
What Made the Ground Split Open in Kenya?
What It Looks Like When You Drive Into a Tornado
This Plan to Save a Rare Albatross From Extinction Just Might Work
Hurricanes 101
Thunderstorms 101
Dancing the Spirit Back Into Parched Rivers
Hope for Rivers During Drought
Droughts 101
Ken Burns on the Dust Bowl
Work Category:
Show More Videos
National Geographic
© 1996-2015 National Geographic Society.
© 2015-2020 National Geographic Partners, LLC.
All rights reserved.