May 13, 2011—Are chimpanzees mourning the deaths of a nine-year-old male and infant? Researchers have released never-before-seen video of a chimp… more
X

May 13, 2011—Are chimpanzees mourning the deaths of a nine-year-old male and infant? Researchers have released never-before-seen video of a chimp community in Zambia reacting to the deaths. Though the scientists hesitate to use the word "mourning," at least one imagines the footage will make people "think for a moment what might be possible in the minds of other primates."
Transcript

In recent years, photos and videos have emerged showing great apes, notably gorillas and chimpanzees, reacting to the deaths of members of their communities.

Humans might interpret the reactions as “mourning,” but is it?

“I think one of the valuable things about sharing this video… … is that it initiates a conversation that hasn’t really been had that often among scientists.”

A research team working in Zambia has released never-before-seen video of a community of chimpanzees reacting to death in their group.

A 9-year-old chimpanzee male has died in recent days. On this day, keepers at the Chimfunshi Wildlife Orphanage Trust discover the body for the first time near the refuge’s fence line. This community of 43 chimps has nearly 200 acres to roam, a semi-wild area protected by the fence. The scientists, on site for regularly scheduled research, were alerted and turned on video cameras.

“at the time we start recording there are 2 or 3 individuals present and in the next 17, 18 minutes there are 36-38 individuals of the 43 who come to visit or stay with the body for the next 17 minutes.”

“We see the chimpanzees coming together in a very small space. .. gathering around this body. We haven’t seen in any other time that we’ve been watching these chimps… the(y) all gather in such a small space and (they’re) so calm and quiet and motivated to stay near each other or near the body. We can’t say for sure , but they’re grouping together in a way that we’ve never seen before.”

Chimps are seen gently touching the body, smelling, and observing.

Many members of the community, at the time this video was recorded last fall, were suffering from a respiratory ailment, and you can actually hear several chimps coughing. A necropsy determined the 9-year-old died of pneumonia.

Within about 2 minutes, a chimpanzee mother, whose infant daughter also died in recent days, is seen carrying her deceased daughter and stopping within a few feet of the dead 9-year-old.

This chimp mother, Masya was the subject of a study released earlier this year in the American Journal of Primatology by the same research team. Video from a previous day shows Masya and another daughter, Mary, inspecting the dead child. They were joined by other chimps.

“Both of these videos are important because they do force people to stop and think. People who have never really considered what Chimpanzees might think about before. I imagine when they see these videos they think for a moment, what might be possible in the minds of other primates.”

“one of the most interesting things about this video is that it shows the opportunity the chimpanzees have to learn about death in their environment. One of the striking examples in the video is a female comes around and she smacks (14:31 on video) on the body of the dead chimp. Why she does that, we don’t know. But I think the interesting thing happens after she smacks the body, the other chimpanzees… you can see that they actually watch the body quite closely after she has hit it so hard, and they can actually be learning how a dead body reacts differently than a live individual who has just gotten hit.”

Most of the individuals we see are females, but there is one male who returns to the scene several times.

“So it seems the adult male who is visiting the body 4 times, inspecting the body with the females , and he’s throwing a tantrum very rapidly .. he is the one who had a very strong social relationship with Thomas, the individual who died. He has been taking care of that individual for more than 4 years.”

The researchers would rather not presume that the chimps are “mourning” the death of another.

“they behave differently as a group as in any other situation as we have seen before. Whether we can call that mourning or what that entails exactly based on what we know in humans as mourning is difficult to say for anybody I would say. So I would also be reluctant to use the word mourning, unless we have a collection of more data like this”

The scientists have released this video in the hope that other researchers will see it, and have the chance to videotape similar scenes. It’s hoped that a compilation of data and video evidence will help answer questions about our primate cousins, and whether they might have similar thoughts about death to ours.

May 13, 2011—Are chimpanzees mourning the deaths of a nine-year-old male and infant? Researchers have released never-before-seen video of a chimp community in Zambia reacting to the deaths. Though the scientists hesitate to use the word "mourning," at least one imagines the footage will make people "think for a moment what might be possible in the minds of other primates." 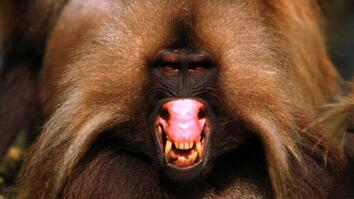 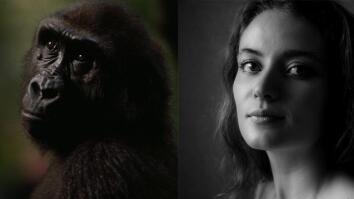 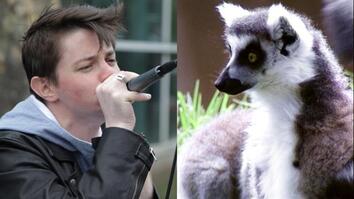