July 22, 2011—A tiny Tanzanian toad that all but disappeared after a dam reduced its waterfall habitat is being bred successfully in Syracuse,… more

A tiny toad from Tanzania is extinct in the wild, but thriving in a lab in Syracuse, New York.

The Kihansi spray toad, which ranges from just one to one-and-a-half inches in length, is believed to have lived only under a 3,000 foot waterfall on the Kihansi River in southeastern Tanzania.

Construction of a dam upriver reduced the flow of the waterfall, and the resulting spray needed by the toads. But before the population of toads declined, about 500 were relocated.

Their numbers continued to decline until, when just 50 remained, they were stabilized enough to begin breeding successfully again.

Researchers at the State University of New York College of Environmental Science and Forestry are hoping the survivors can be placed back in their natural habitat.

“The reason the Kihansi spray toad has gone extinct in the wild, is because of human impacts.  They are native to a 4 hectare wetland on the side of a waterfall in Tanzania.  So, they weren’t discovered until they were starting to decline.  The only reason they were discovered is because a hydroelectric dam was being built in the Kihansi Gorge upstream of where they’re found. “

“But they crashed suddenly, so a lot of people think that it could have either been that the dam released a bunch of sediments that were contaminated with pesticides and one of those was endosulfan and that’s what we’re testing here.  And another idea is the chytrid fungus, which has been a problem for amphibian populations around the globe. “

“They’re really unique little frogs. They’re one of the few that give live birth.  They don’t have a tadpole stage.

“The hope is now to try and get these guys back in the wild really soon.  And there’s a good chance. They’re really prolific breeders. “

“They rely so heavily on the spray. They live in the spray zone. So they require 22 hours of misting a day. And so they need to be in a wetland habitat on the side of a waterfall.

Another biologist working on the project says the toad might be the four-legged vertebrate species with the smallest range in the world. And they’re hopeful they can survive in that range again. 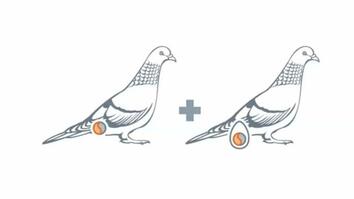 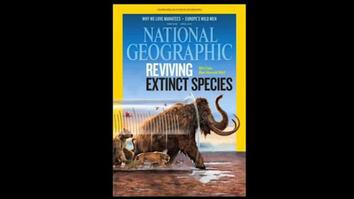 Should We Bring Extinct Species Back to Life? 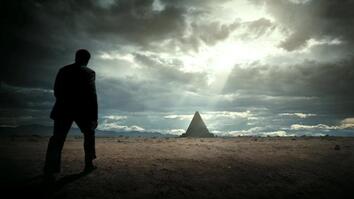 The Halls of Extinction
Can We Save These Rare Toads From Extinction?
Rare Find: Extinct Sloth Fossils Discovered In Underwater Cave
First Mammal Extinction By Climate Change
Watch: ‘Extinct’ Marsupial Rediscovered in Parts of Australia
Sudan, the Last Remaining Male White Rhino, Has Died
This Famous Dodo Didn't Just Die—It Was Murdered
At Least Five New Giant Salamander Species Identified
White Rhinos Are Nearly Extinct – But Scientists Grew a Test-Tube Embryo To Help Save Them
Dire wolves explained
Newly discovered dinosaur foot is best-preserved theropod fossil in Brazil
Discover how conservationists are reintroducing extinct wildlife in Iberá National Park
Tales of the Giant
'Giant Fish' Faces Big Trouble in China
Elusive Tree Kangaroo Helped
Belize Coral Reef
NG Live!: Lucy Cooke: Saving the Creeps
The Bee-utiful World of an Unconventional Scientist
How to Create Your Own Monarch Butterfly Rest Stop
Mountain Lions Caught on Camera in San Francisco Bay Area
Exclusive: Rare Ghost Monkeys Filmed in Colombia
How to Move a Two-Ton Elephant to Safety
Researching How to Live With Coyotes
TIL: These Are the Only Wild Lions Outside of Africa
The Great Barrier Reef May Be Dying Faster Than We Thought
'Giant Fish' Faces Big Trouble in China
U.S.-Mexico Border Wall: Are Animals at Risk?
Polar Bears 101
Watch: Extremely Endangered Tiger Losing Habitat—and Fast
What Are Tundras?
Nearly 150,000 Orangutans Lost to Logging, Palm Oil, and Human Conflict
See how sand mining destroys one home to build another
Koalas 101
See why this colorful ‘king of birds’ is the center of conservation efforts
Tiny Toad to Tell Secrets?
World's Weirdest: Baby Toads Born from Mom's Back
Mysterious Islands in the Sky Unlock Secrets of Our Past: “Return to the Tepuis”
"Return to the Tepuis": Behind the Scenes With Filmmaker Joe Riis
New Hope For an Endangered Toad: Thousands of Tadpoles Released
Tiger Cubs Caught on Camera in Russia
Raising Cute Pandas: It's Complicated
Join a Wildlife Photographer on the Hunt for the Perfect Shot
Five Must-See Attractions in Yellowstone
George the Wombat Begins New Life in the Wild
Green Sea Turtles Return to the Ocean After a Two-Year Recovery
New Hope for Persian Leopards Once Hunted Near Extinction
Weird Science Category:
Show More Videos
National Geographic
© 1996-2015 National Geographic Society.
© 2015-2020 National Geographic Partners, LLC.
All rights reserved.