For most Israelis, military service is mandatory. National Geographic Emerging Explorer Aziz Abu Sarah meets with some of the young people who form… more
X


Transcript
"IDF" STANDS FOR ISRAELI DEFENSE FORCES. ACCORDING TO ISRAELIS IT IS THE MILITARY THAT DEFENDS THEM FROM ANY HARM.

ACCORDING TO PALESTINIANS IT IS THE FORCE THAT OCCUPIES THEIR LAND, AND THEREFORE THREATENS THEIR EXISTENCE.

ISRAELI CITIZENS ARE REQUIRED TO SERVE IN THE MILITARY.

MOST SOLDIERS ARE DRAFTED AT THE AGE OF 18.

Aziz Abu Sarah: Comparing your daily life on the base to somebody who is not a soldier, what's the difference?

Dekan, IDF Commander: They have much more free time than me. They go to parties and meet people and study, and I can do it only on my weekends.

Sam, IDF Soldier: Someone is telling you what to do sometimes or and sometimes you might not want to do it but you need to do it because that's your job right now. People who are here, they want to be here. And they feel that they are doing something important.

Dekan, IDF Commander:  We have historic rights to be here and this is my home, just exactly as this is their home and Palestinians home and everyone.  We have to be here, we have to be soldiers because unfortunately there are people that don't want us here.

MILITANTS IN GAZA CAN LAUNCH ROCKET ATTACKS INTO ISRAEL.

THIS 25 MILE STRIP OF LAND IS ISOLATED BY A TIGHTLY CONTROLLED BORDER.

Eytan, Border Patrol Commander: We're now about 400 meters from the Gaza border.  The only people that can be here are the army, and now you.  I'm 26 and I'm like a grandfather here.  All my family is a military family.  So I was born and raised by the army.

Aziz Abu Sarah: So tell me about the rockets, you are very close to the actual border?

Aziz Abu Sarah:  So what rockets hit your base?

Eytan, Border Patrol Commander: They shoot rockets from all around. They can shoot it from rooftops. From everywhere.  The Israeli settlements, the Israeli border, I think about them.  Our mission is to let those people sleep quietly.

Eytan, Border Patrol Commander: It's complex because on the other side there are civilians.  But you can't think all day about them. Because a lot of people from them want to hurt- hit us. They can shoot us but we cannot shoot them. Because they know how we look.  We don't know for sure how they look. If he has a weapon, I'll kill him.  Because he wants to kill me. If someone wants to kill you, kill him first.

Aziz Abu Sarah: So has any of your soldiers been hurt?

Eytan, Border Patrol Commander: I have lost a few friends.  A very close friend of mine. Not so easy.

Eytan, Border Patrol Commander: No need to be afraid.

ON THE OPPOSITE SIDE OF ISRAEL IS THE PALESTINIAN TERRITORY CALLED THE WEST BANK.

Barak, Protest Control Specialist: We are standing right outside of the Palestinian village of Nabi Saleh. Right down below we have route 465, which is a major route. On the other side of that road we have the Israeli community of Halamish and there is also a spring down there. The Palestinian protesters and rioters and their supporters say that reaching the spring is what they want. Unfortunately reaching the spring requires crossing this main road so it is a very main road that we cannot allow for it to be closed.

Barak, Protest Control Specialist: This is for you.

Aziz Abu Sarah:  How close are we going to get to the protesters?

Barak, Protest Control Specialist: Look, I mean, yeah, you know it is teenagers. They are putting themselves at risk. I mean they are taking part in violence.

Aziz Abu Sarah:  We are standing between Nabi Salih and Halamish. Ok we literally almost got hit. We got a stone literally a foot away. We are seeing now the soldiers shooting. Another one is being shot. It's incredibly loud. And the kids take the canisters and they throw it back towards the soldiers. So you can see some of the soldiers trying to cover their noses. We are moving back because we are right in the range.

Barak, Protest Control Specialist: Go back, go back, you got to keep going.

Barak, Protest Control Specialist: If one of these stones hit you in the head you would be lucky if it doesn't kill you.

What's going on here is very dangerous. This is a situation that can spiral out of control. Today we are dealing with Nabi Saleh on a weekly basis. What if we don't deal with this and next week it's in, there are two Nabi Saleh, 10 Nabi Saleh, 50 Nabi Saleh.

Aziz Abu Sarah: You are afraid that such a thing would transfer to other villages around.

Barak, Protest Control Specialist: That's the, that's the main concern. That's why you have to stop it while it's small. Nip it in the bud.

Sam, IDF Soldier: I definitely have hope we can get there, but at the same time, I don't... Let's put it this way, right now I am wearing this uniform, and right now I have something that I'm doing. And at this point I, I try to keep my own personal beliefs aside. I just know that right now this is necessary and so I do it.

Aziz Abu Sarah:  Taking it from here, what do you think you want people to appreciate about your work in the army?

Dekan, IDF Commander: People around the world needs to know that the Israeli soldiers are exactly like everyone else and I really hope that we can all sit right now without those uniforms in the sea of Tel Aviv without the needs of weapons and all of that, but unfortunately we can't so, uh, that's why we're here. 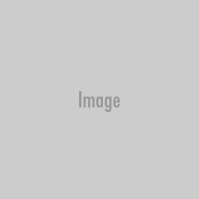 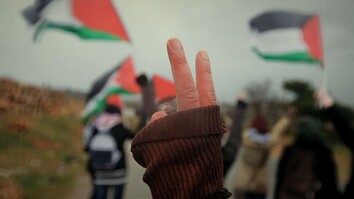 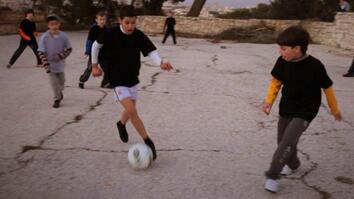