March 7, 2012 — Owl monkey fathers — which form lifelong partnerships with their mates — appear to perform most of the duties in rearing young,… more

The first thing that catches your eye if you’re looking at these wild owl monkeys for the first time is how much their faces look like an owl’s.

Then you’ll notice the two infants hanging close to the adult wearing the red tracking collar. You’d assume it was two youngsters hanging around with their mother.

But you’d be wrong.

Scientists have long observed males caring for infant owl monkeys…but it’s been unclear what the relationship is between them. Apparently, the father takes a rather significant role in looking after the young in this species.

Owl monkeys are known to be monogamous, making them quite rare among most wild primates.

And the occurrence of twins is uncommon, too.

He finds it interesting that in numerous sightings with these 2 twins, in most cases, the mother was no-where to be seen.

At all times observed, Fernandez-Duque says, the twins are closer to the father, and in this video clip, the mother only approaches her partner toward the end.

The father ‘raises’ the offspring by transporting, grooming and sharing food. The mother takes care of the nursing.

These twins were born in November, so some of these videos, shot in December, are remarkable because at even one month of age, the twins seem to be mostly cared for by the father.

Fernandez-Duque believes that monogamy goes hand-in-hand with the upbringing, because, unlike most primates and mammals, and more like humans, these fathers recognize they are the father.

He is planning to study the father’s involvement further to research his belief that the dad’s help is to save the mom’s energy for nursing, and even perhaps aid in her recovery after pregnancy. 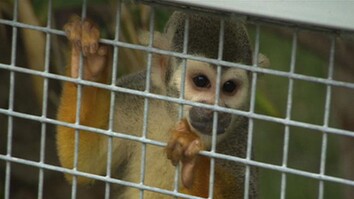 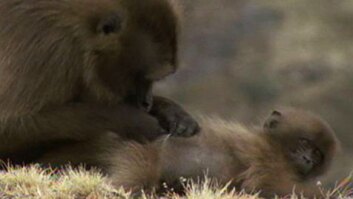 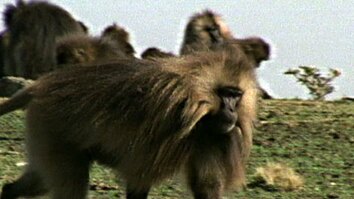