July 26, 2011---More than a year after the Deepwater Horizon spill, scientists say it could take a decade to figure out how the oil… more

Scientists studying the Gulf of Mexico say it could be a decade or more before there is a solid verdict on the impact of the 2010 BP oil spill.

In the meantime, gathering the data from across the giant area impacted by the oil is a bit like fitting pieces of a puzzle together– without a guide to the finished product.

Much of the data is going into the U.S government coordinated “Natural Resources Damage Assessment,” which will guide legal action against BP and other responsible parties. And some scientists are suggesting further steps to ensure a complete picture.

A team at the Mote Marine Laboratory in Sarasota, Florida, is hunting for – and finding – oil with a different technique than the standard water, sediment and air samples.

They deploy passive collectors – which basically look like little metal boxes – for four weeks at a time at spots within the Gulf Coast region. It’s what is inside the boxes that is special…

“These samplers are made of pieces of dialysis tubing, and inside that tubing is some material that’s made from fat – lipid, it’s actually called triolein – and it represents what is found normally, naturally in an organism. We all have lipid reserves in our body. And contaminants, organic contaminants like petroleum, prefer to congregate where there is lipid.”

Wetzel says such “sentinel samplers” have been finding oil in waters where traditional testing has not. She compares the tried and true method of gathering a few liters of water

from a site for later testing to a snapshot, that may not catch the overall story.

“If you’ve only got low levels of petroleum floating around out there, you may not find any in that water sample. But that doesn’t necessarily mean that’s the level that an organism is exposed to because they’re filtering that water through their bodies. They’re collecting little parts and parcels of petroleum their whole life if they’re exposed to it their whole life. And so, trying to develop technology that looks at a broader time series is much better for understanding the exposure to organisms.”

As Wetzel’s team analyzes samples from their fieldwork, they’re urging NRDA to use similar techniques to broaden the data coming in. It’s that collaborative approach, with each scientist filling in a blank in data collection that Mote’s president says is essential to properly evaluating the condition of the Gulf.

Halfway across the Gulf, scientists at the University of Southern Mississippi Gulf Coast Research Laboratory are tackling questions of what happened to the oil and what it’s doing to the Gulf ecosystem.

A team led by Chet Rakocinski is sorting through samples of organisms taken from the Gulf Islands National Seashore. They have data from surveys of the islands going back 14 years.

“For most environmental impact studies, the classic term that’s used is before, after, control, impact. Where you have before samples, after samples, sort of reference areas and then impact areas. And, if you’ve framed it that way, usually you have the strongest evidence of something happening from that particular impact that you’re concerned with. In our case, we feel that we have a pretty good handle on a lot of that…”

By following the same methodology they’ve long used, Rakocinski’s team should be able to sort out any changes tied to the oil.

In a nearby lab, microbiologists are looking at vibrio - a genus of bacteria some of which thrive on ‘eating’ oil. Some vibrios, like cholera, also cause human infections. Jay Grimes specializes in vibrios and early on was concerned that spikes in bacteria populations feeding on the oil plumes could contain high levels of dangerous Vibrio microbes.

“Yes, there were blooms. These blooms happen very very rapidly when oil comes into the seawater. Within 24 to 48 hours you will get anywhere from a thousand-fold to a million-fold increase of the bacteria that can decompose oil. Most of these bacteria have not yet been cultured. We only know them by their DNA signatures. So, we do not know how to grow them, mother nature does know how.”

Grimes says vibrios ended up being only a minor part of the bacteria consuming the oil. But the tiny microbes, like the giant Gulf, need sustained attention to ensure scientists catch early warning signs… or discover a promising lead on how to deal with any future spill. 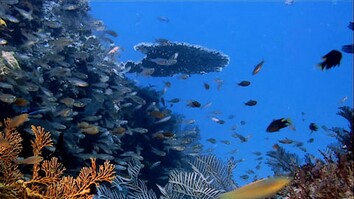 Why the Ocean Matters 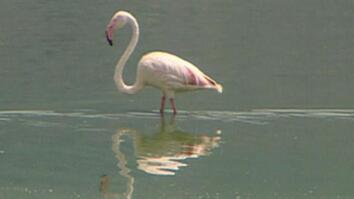 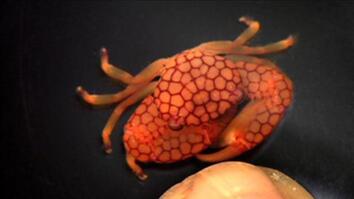