BRANDIE SMITH, SENIOR CURATOR, NATIONAL ZOO: "We just got a brand new camera system and it's fantastic because we have high-def cameras and we can get high-quality images of Mei Xiang."

"We are in the kind of panda pregnancy season right now so Mei Xiang and Tian Tian, while they attempted to breed, she was inseminated on March 30th and now we are just eagerly awaiting what we hope is a cub."

"The cameras are spectacular because at this point she become less cooperative with us so it is harder for us get hands-on training sessions with her.  And now we have these new cameras with the high-def and so a lot of the physiological changes that we would have to see in person before, we can use the cameras to zero in on and we can record and document them.  It's like we were right next to her."

"It's going to be critical to animal care to get good images of that cub once it's born.  And if you go in the den with her, you are going to be- that disturbs her a little bit.  So we would want to minimize that amount of time we actually spend with her and maximize we can view her outside of the den."

JUDY PODSKALNY, BEHAVIOR WATCHER, NATIONAL ZOO: "This time of year  when we're doing the heavy watch, she's basically sleeping a lot.  She'll go into her den  and shred bamboo, which is nest building.  But she is really, really sleeping a lot now.  Or just resting.  Her eyes have been opened but she's resting a lot."

BRANDIE SMITH, SENIOR CURATOR, NATIONAL ZOO: "A lot of people thought that Mei Xiang was too old to have a cub.  And she did have a cub last year.  It was born premature and it didn't survive but that does mean that she's still capable of having a baby.  And so we're really excited and hopeful that she can have one this year."

"During the breeding season, we actually monitor Tian has much as we do Mei Xiang.  So both of their behaviors indicate impending estrus and breeding.  When it comes to the pregnancy, we focus pretty much entirely on Mei Xiang.  We do monitor Tian Tian-just basic health and welfare-just to make sure he is okay because he may feel a little neglected at this time of year as all eyes are on Mei Xiang and people forget about him a little bit.  So we make sure that we take good care of him and give him a few extra treats  just so he knows that we're paying attention."

KARLA MCNAIR, VISITOR: "I think it would be really exciting as far as having one born in captivity here at this time.  A newness whenever you think of Life coming, you know, on board into the world.  Whether it's animal or human."

BRANDIE SMITH, SENIOR CURATOR, NATIONAL ZOO: "I would think that at the National Zoo, we serve at the pleasure of the pandas.  So just think about how much technology has changed in the past few years.  This system is absolutely fantastic.  It's easy for us to manage.  It's gives us great, clear images of the pandas and hopefully the panda cub.  And it provides great images for folks at home who are watching from the website." 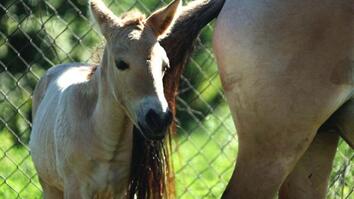 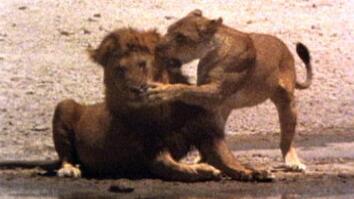 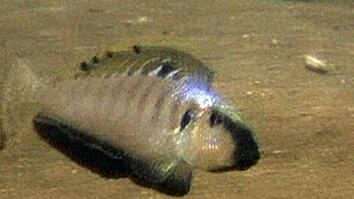