October 28, 2010—On Australia's Ningaloo Reef, tourists can swim with whale sharks. What do the sharks think of this? Researchers deploy the… more

Whale sharks are the biggest fish in the sea – growing to over 40ft long.

Despite their huge size and prominent color pattern, much of the biology and life history of these gentle giants remains a mystery to shark researchers.

Whale sharks are known to gather in certain tropical locations at predictable times of the year. One of these places is Ningaloo Reef in Western Australia.

SOUNDBITE: Brad Norman, Marine Scientist: “My name is Brad Norman. I’m a whale shark researcher and conservation biologist. I got into whale sharks many years ago. I was helping a friend do some research on Ningaloo Reef and I heard about the whale sharks, heard there was very little know about them. There was an indication they were a threatened species and a lot of work needed to be done. I work for the not-for-profit group Ecocean Australia and Ecocean USA, and we work on whale sharks projects around the globe.”

Brad and his colleagues are heading out to deploy Crittercam – an animal-borne research camera – used to investigate the hidden aspects of animals’ lives.

SOUNDBITE: Brad Norman, Marine Scientist:  "To actually put Crittercam . . . to have that on the sharks to actually see what the whale shark sees when it comes in contact with tourists. Hopefully we’ll be able to really assess whether there’s . . . the sharks do actually change their behavior or they’re just doing their own normal thing and tourists in the water don’t seem to bother them at all."

With assistance from a Department of Fisheries boat and crew, Brad and his team head out to find whale sharks. A spotter plane looks for the sharks from above and radios positions down to the boat. When the captain has gotten them as close as he safely can, the team hits the water.

Deploying instruments on whale sharks is challenging. They’re too big for this small crew to capture, so Brad must join them in the water, and try to keep up!

And Brad has to be quick with the fin clamp. Whale sharks don’t seem to like being touched. On the first attempt, the clamp doesn’t quite get a firm grip before the shark pulls away. But on the very next try . . . success!

The Crittercam will stay on for several hours before automatically releasing the clamp and floating up to the surface for recovery.

Ningaloo Reef is one of the preeminent locations for tourist interactions with whale sharks*. It’s a big industry for the small town of Exmouth.

SOUNDBITE: Brad Norman, Marine Scientist:   “We did a review of the value of the industry to this part of the world and if whale sharks weren’t at Ningaloo Reef, there would be a loss of approximately five million dollars to the region. So it really indicates that whale shark ecotourism is an important economic boost for some of these regional areas.”

SOUNDBITE: Peter McKissock, Owner, Ningaloo Blue: “Hi, I’m Peter McKissock, Ningaloo Blue, and here in Exmouth in the “WA”. This is a tourist town now and without the whale sharks it would be very hard going for most businesses. We bring in a lot of people for that period of time, between April through to July. You know it’s very, very important for this town. If we lost the whale sharks, I think it would be a big financial drop-out for this town for sure, well it would be.”

Whale sharks are no threat to their admirers that come to swim with them, but are the people a threat to the sharks? No one is certain why the sharks gather here and what – if any – impact the whale shark tourism might have on them.

SOUNDBITE: Brad Norman, Marine Scientist:   “It was really interesting looking at the footage from the Crittercam because we actually put it on a whale shark that was soon to be interacted by the tourists, and the whale shark was just coming up from the deep, and we could see the tourists in the water, in front of the whale shark or slightly to the side. The whale shark just took one little look at the tourists and then sort of look away and just go on its normal path very slowly. That was pretty exciting to see that response.”

This new footage helps support Brad’s belief that crittercam will be a useful tool in studying interactions between whale sharks and tourists.

It’s only the first of what Brad hopes will be many deployments to record shark behavior and interactions with swimmers, leading to a better understanding of the biology of these enigmatic sharks and how people can respectfully experience swimming with these beautiful beasts. 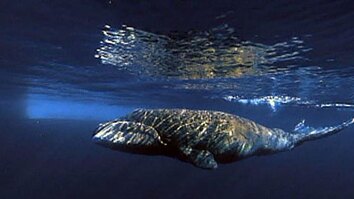 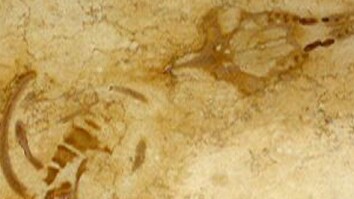 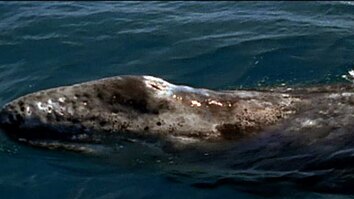