December 14, 2012—In a cave in Mexico's Yucatán, a National Geographic explorer reveals what is believed to have been an underground observatory for… more
X


Transcript
In an isolated region on Mexico's Yucatán peninsula, National Geographic explorer Don Slater came across a remarkable finding inside a cave he was studying: the Maya apparently used a platform inside the cave as an astronomical observatory.

If you watch this time-lapse video from inside the cave, you'll see the nearby pyramid... the largest of its kind in the area, stands in alignment with the sunrise on a very special day that only occurs twice a year: the zenith passage.

The top of the pyramid is partially collapsed, so the view is not exactly as the Maya saw it.

"It appears that when the Maya built the city around that particular area, they aligned their largest pyramid with the cave mouth, so that when you stand inside on a special platform inside of the cave mouth, and look out and have this view of the city, the view is dominated by the pyramid, and it aligns with the sunrise on the day of the zenith passage, which is a very important day on the solar calendar for the Maya people.

While standing inside the cave, which follows a staircase descent from its entrance, an observer can see what the Maya saw. The zenith passage, the time in the tropics, twice a year at noon, when the sun passes directly overhead, is believed to have been used in maintaining the Maya agricultural calendar.

Due to the cave's special location at the heart of the ancient settlement of Ikil, regular access, let alone on the day of the zenith, would not have been for just anybody.

"The way they perceived the caves on an ideological scale is so different from the way we perceive them. It's almost like a church.  It's a sacred space, but there was a certain amount of fear involved, because the deities that lived inside of these caves, according to their beliefs, wouldn't all have been benevolent. So, you would be approaching these spaces where you could upset deities, you could upset ancestors, you're putting your life at risk by going into these places, not just because of the heights, and because of the tight spaces, but because of the spirits that live inside of these caves. "

The Ikil cave with the zenith passage observatory is just one of a hundred caves Slater and his team have explored and studied in the Yucatan.

They have rappelled and crawled through tiny spaces, going where no outsider has ever ventured.

The primary purpose of Slater's research, partially funded by a National Geographic/Waitt grant, is to determine if control of the caves was a source of power within ancient Maya communities.

Slater says bringing lights into these caves allows his team to view these caves like no other humans had seen it before.

"When people would go in the past, of course all they had was torches. And using a torch to light up a cave certainly has its interesting aspects, with the flickering light, but it's going to be a very dim light... when we go in and light up a cave, it just completely and totally reveals all of the nooks and crannies and features inside of the cave, we get to see it in a way that nobody else had ever seen it in the past." 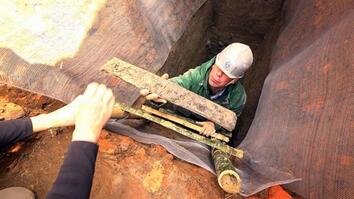 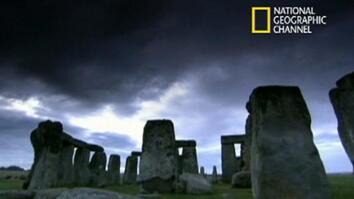 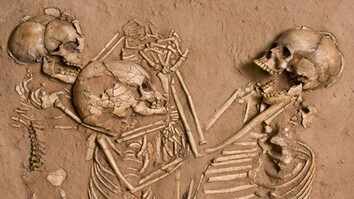