Photographed 2,000 feet deep in the Pacific Ocean off the California coast, the Macropinna microstoma, known as the barreleye fish, is small and dark with large fins, a tiny mouth, and unusual ‘barrel’ eyes under a transparent dome.

The two green spheres in the video are the lenses of its tubular eyes.

The eyes are enclosed within the transparent shield… sort of like the glass canopy of a jet fighter.

Above the mouth, the two dark capsules that appear to be eyes, actually contain the fish’s olfactory organs, or the equivalent of nostrils.

Typically the barreleye sits quietly in the water, using its big fins for stability while it scans the water above for food.

When it spots food, it can rotate its eyes to look forward to include its mouth in the field of view.

The shield over its eyes protects them from the stinging cells of the siphonophore’s tentacles.

The barreleye can also rotate its eyes to avoid predators, or avoid being captured by scientists.

The fish, discovered alive by the Monterey Bay Aquarium Research Institute, is the first specimen of its kind to be found with its soft transparent dome intact.

It had been known since 1939—but only from mangled specimens dragged to the surface by nets. 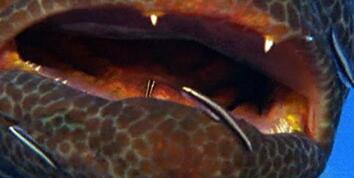 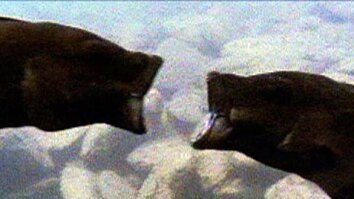 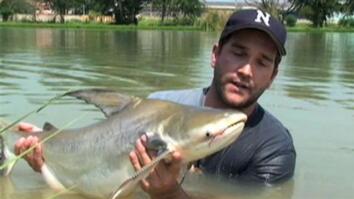