June 24, 2010—Wildlife Conservation Society researchers at the Bronx Zoo found that captive cheetahs were attracted to Calvin Klein's "Obsession for Men" fragrance. That and other scents were tested in the wild to see if big cats would approach camera traps used for behavioral studies.


Transcript
Scientists have discovered a few big cats in captivity have an 'obsession' for a well-known men's cologne.

A study conducted at the Wildlife Conservation Society's Bronx Zoo indicated that among a number of perfumes and colognes tested, Calvin Klein's "Obsession for Men" was the top choice of interest to the two cheetahs at the zoo.

Other fragrances were tested with some other big cats at the zoo.

"Some would encourage this really powerful cheek rubbing behavior where these big cats would literally wrap their paws around a tree and just vigorously rub up and down. Sometimes they would start drooling , their eyes would half close, it was almost like they were going into a trance. And they would spend minutes rubbing up and down an object that we would sprayed with certain perfumes or colognes. We knew that cats would respond to various perfumes and colognes because it's sort of 'in zoo lore' ... we've know about that for years."

Smell is an important sense for all cat species, and investigating scents is common, especially those in an artificial setting which lacks the variety of new and old scents found in a natural environment.

"Big cats engage in cheek rubbing behavior to either deposit scent, or pick up scents from other cats,  there's very likely a territorial component to that, enabling them to mark territories, and there's some evidence that they're also picking up reproductive cues from members of the opposite sex."

WCS researchers conducted testing at zoos with tigers, and later with cheetahs.

Man-made and natural scents are used as 'olfactory enrichment' tools at the zoo.  The scents are sprayed inside animals' enclosures to keep the animals active and engaged, both for their mental and physical well-being and for the viewing public's benefit.

1:27 clip 1 "but it can also be used to aid in field research.  You can apply scents to camera traps, to induce the target animals you're looking to photograph close to cameras, so you can get an idea of the species that are in the habitat you're studying."

In the wild, WCS says its researchers deployed Obsession for Men and other  fragrances at camera traps in Guatamala.  They say it has enabled them to get more precise estimates of jaguar populations in one of the most important jaguar refuges in the Americas: the Maya Biosphere Reserve.

"Perfume companies closely guard their ingredients and formulas. So, we don't know really what's in a given perfume."

The knowledge about wild animals' interest in scent has also been used in setting up 'hair traps' where scientists can collect hair follicles from some species of wild cats  for DNA research.  When the animals rub tree bark, for example, they leave behind hair, which scientists can use to extract DNA from the hair follicles to identify diversity in the animal's population.

Loss of habitat due to human agriculture and development and illegal killings has caused several wild cat species to become endangered. Thomas is mindful that some people could mis-use this knowledge about scents, but he pointed out that "Obsession for Men" was NOT the best performing fragrance in the field, and declined to reveal which perfumes or colognes were the best lures for all cats in the wild.

In fact, a similar experiment conducted in the wild found that big cats did not express much interest in the scents offered.

June 24, 2010—Wildlife Conservation Society researchers at the Bronx Zoo found that captive cheetahs were attracted to Calvin Klein's "Obsession for Men" fragrance. That and other scents were tested in the wild to see if big cats would approach camera traps used for behavioral studies. 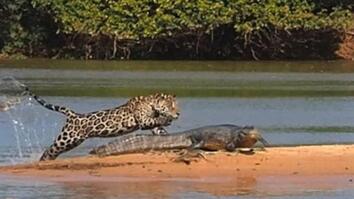 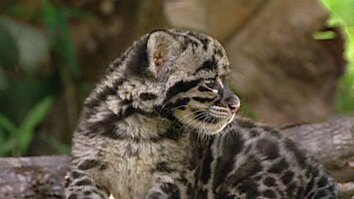 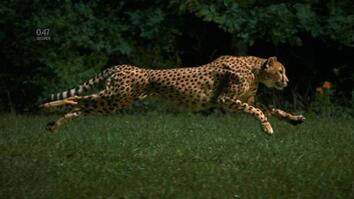