August 5, 2013—The Smithsonian Institution's Museum of Natural History has started the largest biorepository in the world. It stores frozen… more

"Museums are really the archives of scientific knowledge. We think that the future of meeting the needs of 21st Century biology will be about frozen tissue-Life on Ice."

"This Smithsonian has just built the largest natural history biorepository in the world.  Biologist are going to be spending a lot of the next few decades sequencing the genomes of many kinds of life on Earth."

"We're in the field out in Edgewater, Maryland, which is a Smithsonian environmental research center, and we're here to start working out the methods for how you put life on ice."

"You might ask, 'Why do we do this?'  Well, as a scientist, the main reason is that I want to understand the history and diversity of life on Earth.  For 300 years we have been studying the morphology of animals, the behavior of animals, the ecology of animals.  But what we've discovered in the last twenty is that all of those things leave signals in their genome.  So, there are a couple of hard problems that we haven't been able to solve with classical data and we think genomic data is the way to solve all those problems."

"We'll be catching spiders live and then plunging them into liquid nitrogen.  Which, by the way, is a very fast and painless way to go. It's instantaneous."

"Ready?  So, this is sacrificing the spiders.  Do you hear that?"

"Why care about spider genomes?  It's two obvious reasons:  there's silk and poison.  They have some of the most elaborate and precise poisons of any organism on Earth.  They're widely used in neurobiology research.  So you can see the mechanisms of how the poison affects cells, say in a human body.  So we think nature is a library of solutions that are waiting to be discovered."

"The liquid nitrogen tanks hold tens of thousand of samples at minus 190.  At the moment, liquid nitrogen is the gold standard for long-term...and by long-term, the Smithsonian is in the forever business."

"Now we are starting to centralize our frozen tissue collections.  We're somewhere between 200,000 and a half-million samples.  The reason we do this is because people like to do genomic work, they do file genetics, they do toxicology work with our samples.  So researchers request samples and we actually go in and pull samples out, we cut a small piece of it and then send them out to the researcher."

"Every time science jumps to a new phase they museums will follow because technology of doing genome sequencing is advancing rapidly. By building a library of frozen tissue where you can do genomics of life on Earth, we'll be doing what museums have always done, which is to concentrate life into a collection that will support research." 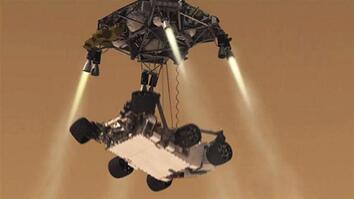 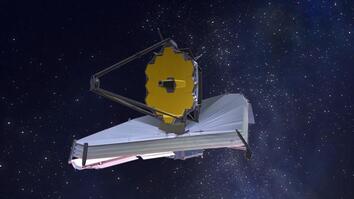