Transcript
At 6:10 am on Monday, August 29th, a category 4 hurricane named Katrina made landfall on the Louisiana coast, laying waste to everything in its path.

Where did this catastrophic storm come from?

On August 24th, the temperature of the ocean off the coast of the Bahamas hovered around 85 degrees Fahrenheit.

Warm, moist air was rising from the ocean surface.

As the air rose, it condensed to form a system of thunderstorms.

This condensation releases heat, which warms the cool air of the atmosphere, causing it to rise.

As that air rises, more warm, moist air from the ocean takes its place.

This creates a cycle which continuously moves heat from the ocean to the atmosphere.

The motion creates a pattern of wind that begins to circulate and forms a center.

Occasionally, one such spinning wheel of thunderstorms gathers strength, feeding on moisture and heat.

Most severe tropical storms spin out their lives uneventfully in the open sea.

She moved slowly - sometimes as slow as six miles per hour - but she was getting stronger and heading toward Florida.

Katrina was only a category 1 hurricane when it glanced off the Florida coast and spun out into the Gulf of Mexico.

In the Gulf, the water hit a steamy 87 degrees Fahrenheit.

These warmer waters caused Katrina to grow even more intense.

After three days swirling over the warm waters of the Gulf, Katrina grew to a Category 5 hurricane, with winds whipping at a sustained 160 mph.

Before it would make landfall, Katrina would be downgraded to a category 4, but that was little consolation.

With sustained winds near 155 mph, and a storm surge over 20 feet high, Katrina was still the most destructive storm to hit the area in 36 years.

Once over land, Katrina dealt a mighty and devastating blow to Louisiana and Mississippi

At the same time, robbed of the warm waters of the Gulf of Mexico, the storm began to weaken.

12 hours after landfall, Katrina was no longer a hurricane, with maximum sustained winds of only 65 mph.

A few short hours later, the only thing left of Katrina…

…was the destruction in her wake. 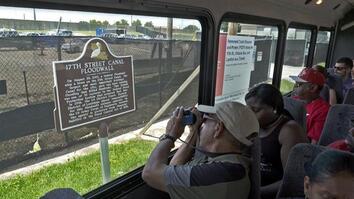 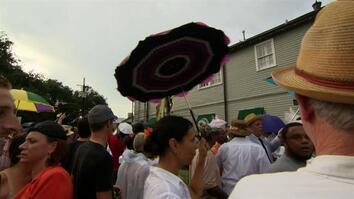 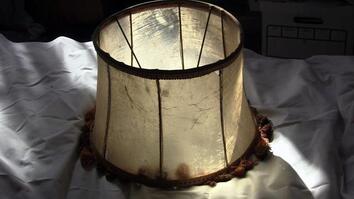