March 5, 2008—It is difficult to protect migrating whale sharks once they leave designated no-fishing zones. Scientists and even tourists try to help… more
X


Transcript
The whale shark is the world's largest known fish and shark, a slow-moving filter-feeder that can grow more than 40 feet long.

Contrary to its name it's not a whale.

Like many other sharks, these gentle giants are also a threatened species whose numbers have declined dramatically in recent decades, mainly due to overfishing and collision with ships.

At a recent United Nations meeting on migratory sharks, whale sharks -- along with great white sharks and basking sharks -- were classified in urgent need of protection.

These iconic shark species are especially vulnerable partially because of their migratory behavior, according to Zeb Hogan, who studies large fish and heads the National Geographic Society's Megafishes Project.

Researchers say whale sharks congregating here in La Paz, Mexico, have been known to travel 8,000 miles across the Pacific to the Tonga Islands.

ZEB HOGAN: "Even if a whale shark is protected here in Mexico, if it's going to move 8,000 miles across the open ocean, across the high seas where there is absolutely no regulation of fishing, it's going to be more vulnerable than a fish that just stays here where it's protected."

Whale sharks are also long-lived, thought to possibly live up to 60 years.

They may mature at over 29 feet, and they produce only a few young, making them even more vulnerable to over-fishing.

The Gulf of California may be a critical habitat for the whale sharks, according to doctoral student Deni Ramirez Macias, who has conducted population studies throughout Mexico.

DENI RAMIREZ: "In the Gulf of California the juveniles aggregate in coastal waters from Baja de Los Angeles to Baja de La Paz ... but we also have pregnant female aggregation in Los Cabos and around here, Spirito Santo Island ... we think the whale sharks probably bull around the southern waters of Gulf of California and this is like a nursery or feeding area for the juveniles to protect them.

Feeding on a variety of plankton, small crustaceans such as krill, and schooling fishes, whale sharks are harmless to humans.

Eco-tourism around the giant creatures has grown increasingly popular in recent years, and scientists say the public can play an important role.

Brad Norman runs Ecocean, an Australian organization that asks divers to submit their photos of whale sharks so they can be catalogued.

BRAD NORMAN: "We'd like to think of it as citizen science. You can be a tourist or a general member of the public and help us identify individual whale sharks around the globe, and from that we can understand more about their numbers and their movement worldwide ... the spot patterning on the skin of the sharks is unique to each individual animals, and using the photo identification program we can work out if we're seeing the same sharks or if in fact we're seeing new sharks coming into an area where whale sharks are seen."

MARLA DOWNER: "Every diver's pinnacle of what they're seeking is to dive with the whale shark ... not only that, but to dive with a purpose, not just looking at the fish, oh, look, there's a big fish, but we actually take part of some shark research efforts. There's nothing more fabulous than diving with these gentle giants and getting to be right next to them, look into these sweet eyes and knowing that you could maybe play a part in conserving these creatures for the future." 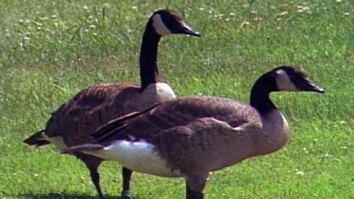 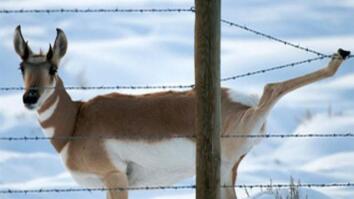 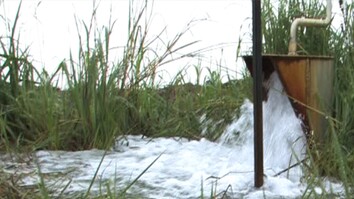