Transcript
Researchers witnessed a spectacular, fiery underwater volcano explosion, and captured it on video. It’s believed to be the deepest ocean volcano eruption ever recorded.

The undersea Pacific Ocean explosions in May of this year were recorded using a remote operating vehicle. Under the tone of the vehicle motors, recorded by a hydrophone, you can hear the muffled sounds of the explosions, still audible under 4,000 feet of ocean water.

An expedition team, which included researchers from the University of Washington and the National Oceanic and Atmospheric Administration, was conducting observations in an area of the Pacific bounded by the island nations of Samoa, Tonga and Fiji.  The eruption was southeast of Samoa.

One of the lead scientists called it, ‘an underwater Fourth of July.’  Images show large molten lava bubbles about three feet across [molten_lava]; glowing red vents ejecting lava into the sea, and lava flows across the seafloor [eruption_and_magma].

This “West Mata (MAH-TAH)” volcano stands more than a mile high off the ocean floor. Its eruptive area is about the length of a football field. It is producing Boninite (BOH nih nite) lavas, believed to be among the hottest erupting on Earth in modern times. Researchers believe they have a unique chance to study magma formation and how the Earth recycles material where tectonic plates slide against each other.

A microbiologist on the team found diverse microbes in the extreme conditions, and they observed a small species of shrimp thriving. It’s believed to be the same shrimp species found at eruptive sites more than 3,000 miles away.

Mission scientists believe 80 percent of eruptive activity on Earth occurs in the ocean, and most volcanoes are in the deep sea.  But until this discovery, NOAA and the National Science Foundation had sponsored submarine volcano research for 25 years, without observing a deep-ocean eruption like this one, which is now recorded for all of us to see. 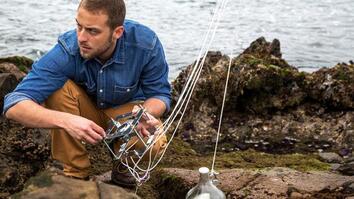 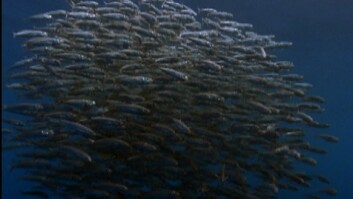