This all takes place in Canada's Northwest Territories.  There's a section of forests there that has been designated to do crown fire experiments.  There's lot of thick, dense  lodgepole pine and they will set it on fire with a flamethrower.

And they're spraying this flammable liquid into the trees.  The whole goal is to light one half of the test plot with as much fire as quickly as they can, so that it will get up to the top of the trees and just run right through the forest.

Here's a view from one of our fire cameras.  So it's kind of this idyllic setting here in the forest.  What you can't see is the forest fire that is coming behind us.  And it is setting up such a big, dark smoke column that it actually blocks out the sun.  It makes it look like night for a moment.

And at the same time there are embers landing, creating these little spot fires here and there.  And that's how fires spreads, even crown fire.  It jumps out ahead of itself by starting these small little fires and the main flame in front is coming from behind.  And you can see how windy it gets.  That's wind that the fire column in making just through convection.  There's so much heat goes up so quickly, air has to come in and replace it.  So that's what that wind is.

Here you can see the fire.  It is not speeded up.  It's in real-time and you can see how quickly it just burns everything up and how different the landscape looks.

The most compelling thing about fire is that you are seeing one of Nature's most fiercest forces up close.  When you see this force of Nature just tearing through the forest, you feel really small and insignificant.  And at the same time, you feel like you are getting a real close-up glimpse of something that's been going on for millions of years. 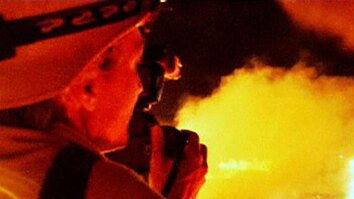 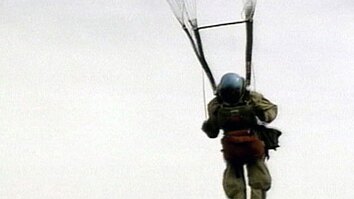 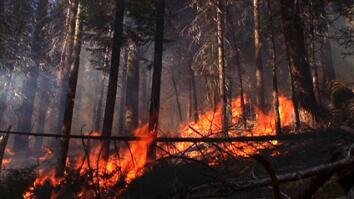