We found out that the decision had been made to close this facility.

The next phase is going to cut the power. We have a lot of pumps, a lot of systems that are running everything from our lighting to our HVAC, to things as simple as our admissions counters. So we made the decision that it would be best at this point and time to shut down and plan for the future instead.

Visitor SOT: Is it closed?

You know, it's a big loss and certainly when we heard the news that we were closing, felt a lot of that loss myself. And that we shared by everybody here.

I don't look forward to losing the animals that kind of make us what we are. Every time we move one out, it's another exhibit we walk by in the hallway where we look at it and kind of remember of used to be there. And there's a lot of emotion and sadness involved with that.

Our curator has been working diligently to try and make sure that every animal has a home.

We moved approximately 200 animals so far.

We all started in the collection in Baltimore, looking at our collection with the collection that is up there, and kind of match what animals we would want to transfer to that facility.

Sometimes that small fishes are hard to capture. So a lot of times what we are doing is bringing the water level in the exhibit down pretty low so that we can corral them in our nets pretty easily.

Sometimes when you are looking at close to about a thousand gallons and you're looking for a two-inch fish in there that's dark and matches everything that is in there, it can be a bit challenging.

DAVID LIN SOT: Under the light, but there is one sitting in the crack there. Do you see it?

MALE STAFF VIA RADIO: It's possible that there is only one greenling.

FEMALE STAFF VIA RADIO: Oh, I'm sorry. It's possible there is only one? I'm pretty sure I saw them though.

We had started off acclimating the octopus to the net being in the water, feeing it near the net and getting it to associate food with the net. The aquarist went up there and basically put the net the water. The octopus came over kind of curious and feeling around. [We] gave it a few moment to get into it. It actually went pretty easily.

We loaded the truck with the octopus and a number of other fishes that went up to Baltimore. And everybody was acclimated into their quarantine systems and so we really had no issue with the transport. It actually went pretty smoothly from there.

I guess if there was animal that I will miss the most, it's probably the alligators.

We basically had them inside a PVC tube so that they cannot turn around, so that you know that the head is oriented in that direction and we can open it this way. And had the two alligators inside a wooden crate that would then lock and had air holes and different things so that they can get could airflow in. The alligator farm was able to pick them up and they were released back in the wild.

DAVID LIN SOT: Cave is clear except for a starfish.

You know, one of things that I think is really important is people to continue to support aquariums. There is a lot of different things that happen that need help with. Not just funding but volunteers And it's a neat place to kind of put your energies and efforts towards.

And even though we are closing, it's been a fantastic experience.

STAFF SOT: [Laughter} Way to go close us out here! We did it! 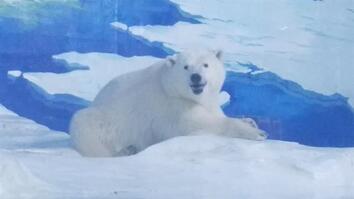 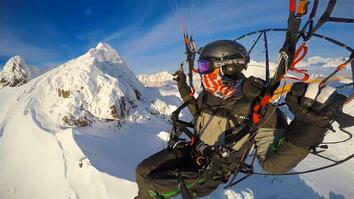 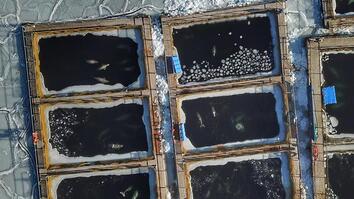