Tornadoes are some of the most destructive forces of nature. Learn how tornadoes form, how they are rated, and the country where the most intense… more
X

Tornadoes are some of the most destructive forces of nature. Learn how tornadoes form, how they are rated, and the country where the most intense tornadoes occur.
Transcript
They begin life as ghosts, gently coursing through a solitary existence. But slowly, their gentility turns to rage.

They grow larger and larger, curling and twisting and desperately reaching down from the sky. And what began as an invisible shade has turned into a monster.

Tornadoes are powerful, spinning columns of air that stretch from the ground to the clouds.

Most are relatively weak, but the few that grow into large events are extremely violent and cause immense destruction.

Tornadoes occur on six of the seven continents.

The country with the most tornadoes, based on land size, is the United Kingdom with an average of about 33 tornadoes reported each year.

But the country with the greatest overall number of tornadoes – and the most intense – is the United States, with over 1,000 reported annually.

Tornadoes, no matter where they occur, are classified as either:


There are many theories surrounding the formation of tornadoes.

But one key component they share is the presence of both high and low pressure air in a given area. These different pressures naturally want to reach a state of balance in the atmosphere.

To do this, air particles from the high pressure area move toward an area of low pressure. This creates wind.

As air particles move horizontally from the high pressure area to the low pressure area, wind begins to pick up.

Winds blowing at different speeds and in different directions and altitudes begin to blow cyclically. In the case of non-supercell tornadoes, they turn into an upright, spinning vortex.

But to create supercell tornadoes, the circumstances are slightly different.

The wind increases and starts to blow in a cyclical fashion, creating a pipe of wind that “rolls” along the ground.

In both cases, an upward current of wind called an updraft provides the final ingredient for creating a tornado.

In a budding non-supercell tornado, an updraft stretches the vertical vortex until it reaches the clouds.

To create a supercell tornado, an updraft lifts the rolling pipe of wind upward until it stands upright. Then, it pulls condensation from the skies and into the spinning vortex.

As soon as the vortices – supercell or non-supercell – connect the ground to the clouds, they are officially classified as “tornadoes”.

The rating is based on a number of factors, such as the damage a tornado causes , and the Doppler radar estimates of its wind speed.

One of the strongest tornadoes recorded occurred in Oklahoma City, Oklahoma in 1999. Born from a supercell thunderstorm, the EF5 tornado had wind speeds of over 300 mph. It resulted in 36 fatalities, injured nearly 600, and caused about $1 billion in damages.

While tornadoes cannot be prevented, measures are being taken to protect communities.

In doing so, they help mitigate damages to neighborhoods and save countless lives – even in the face of one of nature’s most formidable.

Tornadoes are some of the most destructive forces of nature. Learn how tornadoes form, how they are rated, and the country where the most intense tornadoes occur. 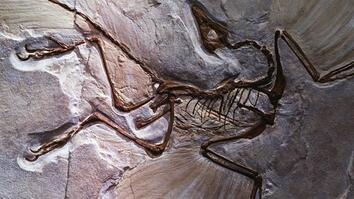