Earthquakes can leave behind incredible devastation, while also creating some of the planet's most magnificent formations. Learn about the… more
X

Earthquakes can leave behind incredible devastation, while also creating some of the planet's most magnificent formations. Learn about the geophysics behind earthquakes, how they are measured, and where the most powerful earthquake ever witnessed occurred.
Transcript
From above, the planet appears eerily still. But every mountain range and every chasm on its face is a scar, with many telling a story of when the Earth rumbled to life.

Earthquakes occur around the world. They’ve been recorded on all seven continents, but most quakes take place in just three regions:
These areas experience the most earthquakes due to what lies beneath the surface.

Earthquakes are the result of pressure -- specifically, pressure caused by extreme stress in the Earth’s crust.

That stress can be caused by volcanic activity or even manmade activities in certain areas.

However, most earthquake-inducing stress is caused by the movement of tectonic plates.

Tectonic plates are constantly moving, either against, away, along, or underneath each other.

But sometimes, their edges may catch and stick to each other. The plates, however, continue to move – or at least attempt to.

Energy from this attempted movement builds around the edges’ sticking point, creating immense pressure, until… the edges are forced to let go and the plates slip.

This causes a sudden and powerful release of energy – so powerful that it breaks the Earth’s crust. This fracturing emits shockwaves through the ground and causes intense vibrations – or, “quakes”.

Earthquakes, or seismic activity, are recorded by seismographs.

When the ground shakes, seismographs oscillate, drawing a jagged line to reflect this movement. The more extreme the earthquake, greater the height of the jagged line.

These recorded motions are then used to measure the earthquake’s strength, or magnitude.

While several scales of magnitude exist, the one seismologists prefer is the Moment Magnitude Scale. It measures the distance the meeting point between two plates moved, along with the amount of energy required to cause that movement.

The Moment Magnitude Scale, which has no upper limit, measures earthquakes logarithmically. This means that each magnitude on its scale is ten times greater than the one before it.

Unlike the now rarely-used Richter scale, the Moment Magnitude Scale can be applied globally and can measure quakes of the highest magnitudes.

The largest recorded earthquake occurred near Valdivia, Chile in 1960.

Nestled within the Circum-Pacific Belt, the Valdivia Earthquake was the most powerful in a series of quakes that struck the region, measuring at a magnitude of about 9.5.

In addition to causing devastating tremors on land, the earthquake also generated a deadly tsunami, reaching up to 80 feet high.

The tsunami raced across the Pacific Ocean, thousands of miles from the earthquake’s epicenter, hitting faraway countries like the Philippines and Japan.

In fact, data from seismographs showed that the shockwaves emitted by the Valdivia earthquake continued to shake the entire planet for days.

Some earthquake-prone areas have adapted various ways to protect their communities.

Buildings and bridges are designed to sway, rather than break, when an earthquake occurs; the public is educated on how to protect themselves during a seismic event; and government officials enact drills to ensure the protection of their people.

Earthquakes can leave behind incredible devastation.

But these same forces have also created magnificent features, with each adding character to a planet so unique.

Earthquakes can leave behind incredible devastation, while also creating some of the planet's most magnificent formations. Learn about the geophysics behind earthquakes, how they are measured, and where the most powerful earthquake ever witnessed occurred.

Why the dinosaurs’ extinction is an ongoing puzzle
When cities were cesspools of disease
How fear and anxiety drove human evolution
How solving this medical mystery saved lives
The video chat that existed in the 1870s
Science fiction inspires the future of science. Here’s how.
Video Exclusive: Fauci dispels COVID-19 rumors, advocates change
These divers search for slave ship wrecks and discover their ancestors
Meet Cambodia’s first women’s wheelchair basketball team
What mud from glacial lakes can tell us about our history and future 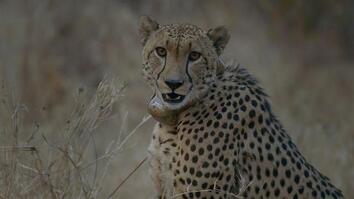 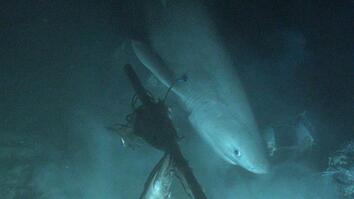 Shark tagged from submarine for first time in history
Nat Geo's Aaron Huey's most epic photos
Volcanoes 101
Your sneakers are part of the plastic problem
Inside the surprisingly social lives of manta rays
Amazon fires 'so much worse than before' say locals
Tornadoes 101
AIDS 101
See how this school of tiny fish uses bacteria to glow in the dark
This sacred golden fish thrives in Bhutan
All Category:
Show More Videos
National Geographic
© 1996-2015 National Geographic Society.
© 2015-2020 National Geographic Partners, LLC.
All rights reserved.