As humankind's oldest companion, dogs have been by our side for thousands of years. See how deeply our histories connect and learn how these lovable… more
X

As humankind's oldest companion, dogs have been by our side for thousands of years. See how deeply our histories connect and learn how these lovable canines evolved from formidable carnivores to loyal protectors and members of the family.
Transcript
Long before we raised livestock and grew crops, humans lived side by side with dogs.
It’s widely accepted among scientists that dogs are descendants of wolves. In fact, their DNA is virtually identical.
But exactly how did a fierce, wild animal … become our loyal companion?
According to DNA analysis, the transformation from wolf to dog began some 20 to 40 thousand years ago, when people and wolves were living and hunting in close proximity. By about 15 thousand years ago, dogs were found virtually everywhere people were.
But humans may not be able to take all the credit for domestication.
Some wolves were already less fearful of approaching people. Those individuals became favored by people for their tamability
Over many generations, they became tamer and lost some of their predatory qualities, such as big, sharp teeth.
What resulted was the dog, the very first domesticated animal.
Thousands of years later, humans began to play a more active role in the breeding of dogs.
The ancient Egyptians may have been the first to breed dogs for specific uses, such as hunting, guarding, and war.
In ancient China, dogs were bred to look like lions, an important symbol of the Buddhist faith
Selective breeding eventually gave rise to many different-looking dogs—or, purebreds.
In the 18th century, purebred dogs were becoming more of a status symbol among wealthy households.
By the 19th century, the cross-breeding craze was underway, culminating in the first dog shows by mid-century.
Humans were mixing and matching dogs no longer just for their utility but also for their appearance. Today, we have over 300 different breeds, making dogs the most diverse species on Earth.
But by breeding offspring that exhibit only the most pronounced traits, some say we’ve gone too far.
In some cases, dogs are the ones that suffer, with genetic disorders in certain breeds that can lead to problems, such as difficulty breathing, hip dysplasia, and increased risk of cancer.
Yet, for all the problems we’ve introduced into our canine companions, we’ve also found ways to bring dogs into our lives more than ever before.
Dogs today live among us, not just as our pets, but also as therapy dogs, search and rescue dogs, and even war dogs.
Humans have also found ways to give back to our furry friends, with advancements in veterinary medicine and establishing rescue organizations to help dogs find good homes.
In many ways, the canines that once lived only among their own packs tens of thousands of years ago have come to depend on us as much as we depend on them.

As humankind's oldest companion, dogs have been by our side for thousands of years. See how deeply our histories connect and learn how these lovable canines evolved from formidable carnivores to loyal protectors and members of the family. 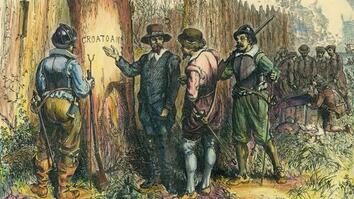 What Happened to the Lost Colony of Roanoke? 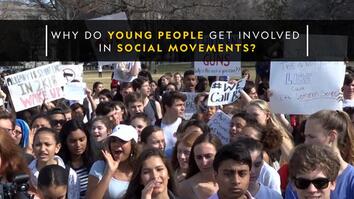 Why Do Young People Get Involved in Social Movements? 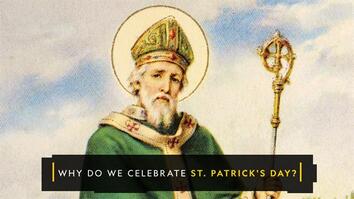 Why Do We Celebrate St. Patrick's Day?
What is Acid Rain?
History of the Olympics
What Are Tundras?
What is Mercury Poisoning?
What is a Solstice?
The History of Auld Lang Syne
What is Boxing Day?
Hanukkah: The Festival of Lights
Who Is Krampus?
Who Was Saint Nicholas?
When Was the Tomb of Christ Discovered?
What is the Keystone XL Pipeline?
What is a Supermoon?
What Is Thanksgiving?
Amazing Animal Migrations by Land, Air, and Sea
What is Day of the Dead?
The World's Biggest Spider, Vampire Fish, and Other Real-Life Monsters
Gravitational Waves 101
The History of Columbus Day
What is the Nobel Prize?
What is Nuclear Energy?
How Many Moons Does Each Planet Have?
Rare Footage of Some of the World's Worst Natural Disasters
What is an Equinox?
What is Solar Power?
ADHD and the Brain
You'll Never Guess Which Animals Make These Sounds
See Five Weirdly Mesmerizing Deep Sea Creatures
See How America Celebrated the 2017 Total Solar Eclipse
What Are Fossil Fuels?
Meet Some of the World's Most Endangered Animals
All Category:
Show More Videos
National Geographic
© 1996-2015 National Geographic Society.
© 2015-2020 National Geographic Partners, LLC.
All rights reserved.