The commotion took place in Tsavo National Park in Kenya.

Elephants observe a social hierarchy, and fighting between males in normal.

However, it is somewhat rare to see a group of males quarreling all at one, especially five.

Male elephants often fight as they enter "musth," a state of elevated testosterone.

Unlike some other animals, elephants do not all enter musth at once....

meaning males with overlapping musth periods will challenge each other for dominance and mating rights.

Male and female Elephants both have tusks, that they use for digging and sourcing food.

However, male tusks are used to battle each other.

A rare fight between five male elephants was captured on camera at Tsavo National Park in Kenya. Locking tusks during the quarrel, it is possible the elephants had entered "musth," a state of elevated testosterone. While in musth, male elephants will often fight for dominance and mating rights. 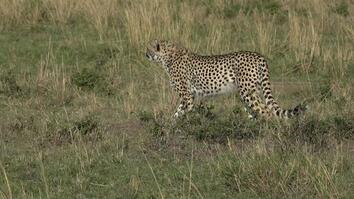 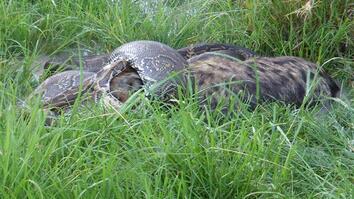 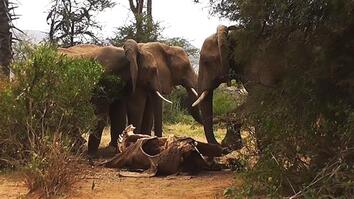