Are women's lives in Afghanistan as hard as we think they are? Photojournalist Lynsey Addario wanted to find out. In 2000 she traveled to Afghanistan… more
X

The National Geographic Live series brings thought-provoking presentations by today’s leading explorers, scientists, photographers, and performing artists right to you. Each presentation is filmed in front of a live audience at National Geographic headquarters in Washington, D.C. New clips air every Monday.
Transcript
I went into people's homes and tried to photograph women's lives. I was asked to cover breast cancer in Uganda. A woman who has breast cancer thinks of it as a death sentence. I continue with maternal mortality work. This is a typical scene of a woman in Sierra Leone how she gets to the clinic. She walks for four or five hours.

In 2000 I moved to India. I got a call from a family friend he said, “I'm taking a group of students to India and would you like to come along.” And at that point I'd been freelancing in New York for several years, and I thought it was time to move overseas. So, these are some of the early pictures I did in India when I first moved there, and I had a roommate at the time. I was renting a room from the Dow Jones bureau chief. And he started working in Afghanistan under the Taliban. And he said, “You know, you're a woman and you're interested in women's issues. You should go photograph women under the Taliban.” And I was 26 years old and I thought it was a really great idea. And, I wasn't really sure what to expect and my roommate at the time really gave me a lot of guidance on how to move around.

These are some of the first images I took I had a panoramic camera, and I would just wear it around my neck because photography was illegal under the Taliban. So, anything I wanted to shoot in the streets I had to shoot very quickly, put my camera away. And I went into people's homes and tried to photograph women's lives because I wanted to know if women's lives were as bad as we thought they were from the outside or was it merely our projection of our values on them. This is a hospital under the Taliban. There was no medicine, very few doctors. Most of the trained medical professionals had fled. This is a woman in labor under the Taliban. And these are secret schools for girls. These schools existed all around the country. Incredibly brave families were determined to teach the girls school and education. This is also something that was illegal under the Taliban. And this is just to show you how it looks from inside of a burqa looking out.

In 2009, I was working for National Geographic on Veiled Rebellion. It was almost a two-year story documenting women's lives in Afghanistan. And I wanted to include maternal mortality because Afghanistan at the time had one of the highest rates of women dying in childbirth in the world. I was photographing in really remote villages because one of the reasons women die in childbirth is because they cannot get to a medical facility and there are no trained medical professionals around. So, a woman who is labor has to walk for 12 hours and try and give birth with a doctor or she has to get on the back of a donkey and try and make it to a clinic. I was in very remote areas and on the way back I saw these two women on the side of a mountain. My translator, Dr Zeba and I thought “That's strange, something's wrong” because there's not a man with them And every woman in Afghanistan generally has a male escort. So we stopped the car and we ran up the mountain and it turned out that the woman on the right was in labor. Noor Nisa, and her husband's first wife had died in childbirth and he was so determined to not lose her that he went and rented a car and that is an extraordinary expense for an Afghan. And that car broke down. So, when we saw them they were stuck on the side of the road. And I said, “We'll just get in my car I'll take you to the hospital.” And they said, “We need permission from her husband.” So, I turned to Dr Zeba and I said, “Go find the husband.” And there was one road that went through the entire province so, it was very easy, she found the husband and came back. And I brought everyone to the hospital and she delivered safely. And everyone asked me, Did you... “did you take pictures after this?” And I said, “No, because I changed the story with my presence at that point. “So, I actually took only three or four frames of this entire series.

I continue with maternal mortality work in Sierra Leone another country that has one of the highest rates in the world of women dying in childbirth. This is a typical scene of a woman in Sierra Leone how she gets to the clinic. She walks for four or five hours. Often when she arrives this is what she sees. These are some of the local clinics, there are no doctors. This is a woman in labor in Freetown, Sierra Leone. And when I met Mamma Seesay, she had been pregnant with twins. She had delivered the first twin in the village and the second baby would not come out. And she was so terrified and exhausted that her sister who is a midwife sent an ambulance for her. In order to get to that ambulance she had to take a canoe across a river get in the ambulance and go six hours to the hospital and that's when I met her. That was after delivering one baby and still in labor with the second one. I talked at length with her about her life and how she was 16 and in school and very happy to be studying but was pulled out of school by her father so that she can get pregnant. This is her in labor and she finally delivered the second baby and it was almost completely unresponsive and the midwives brought the baby back to life. But very soon after Mamma Seesay started hemorrhaging. I'm not a doctor but I saw this extraordinary amount of blood and I kept saying, “She is bleeding, She is bleeding, can't we do something?” And they said, “No, she is fine.” And they were just sort of mopping it up and I suddenly felt really... I like... there was nothing I could do. So, I ran to get the doctor and there was one doctor in the entire province and he was in surgery. And I actually put on scrubs and went into surgery and he just looked at me like, “I'm not gonna leave surgery.” So, I went back and they took her blood pressure and it was 60-over-30, and then they carried her to the doctor and when he came out of surgery, she died. And this is her mother finding out her daughter had just died. And this is in the village, this is the funeral. And you see her on the white that's a traditional burial in Sierra Leone.

In 2013, I was asked to cover breast cancer in Uganda. Breast cancer has less than a handful of oncologists in the whole country. A woman who has breast cancer thinks of it as a death sentence. Most of the resources in Uganda went to HIV-AIDS. So cancer is something that is sort of just seen as a curse.

This is Mary she had been living with tumors for several years but didn't want to tell anyone, she was ashamed. There was a team of American doctors from Seattle who went to try and bring ultrasound technology to detect tumors early. When she took off her shirt, this is what we saw and they did a biopsy on Mary and it turned out the cancer was very localized. and she was able to get a mastectomy and survived.

This is Jolly and her husband. She had gotten a mastectomy a year before and did not follow up, and I spent five days with her until she died. And this is her daughter seeing her mother in the casket. She didn't even know her mother had passed away. She just got a call and was pulled out of boarding school and when she came into the truck, they just opened the lid and... there was her mother. And I was crying so hard when I took this picture it's completely out of focus. And that's Jolly's bed about half an hour after she died. They're cleaning it and getting ready for another woman. And this is, there is one radiation machine that serves four countries. It works 24 hours a day.

This is Jessy, she was trying to get chemotherapy. She had two sons and was determined to stay alive. But she didn't have $10 to take the bus back home to see her children in between chemo treatments so she slept outside of the hospital for two months. She had to change her own bandages every day because there was no one available to do that. This is her finally getting chemo and she is leaving the hospital to go see her children. This is her on the bus-ride back and her sister washing her when she gets home. And this is her with her children. And Jessy died about six months after that story.
X 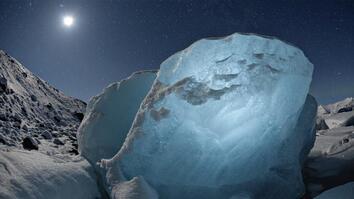 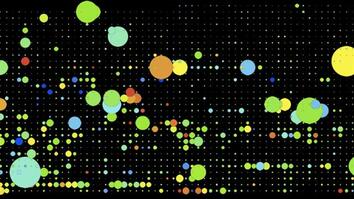 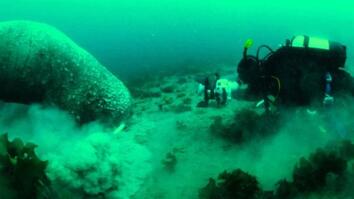