Civil war nearly wiped out the wildlife in Mozambique's Gorongosa National Park, but scientists and rangers are working to restore the treasured… more
X

Civil war nearly wiped out the wildlife in Mozambique's Gorongosa National Park, but scientists and rangers are working to restore the treasured landmark. Emmy Award–winning cinematographer Bob Poole captures the efforts of the team in a new PBS/Nat Geo International series. Get a behind-the-scenes look as Poole talks about filming in rebel territory and bringing the park back to its former glory.

Transcript
Gorongosa National Park sits right in the middle of Mozambique. In 1964 a long war for independence broke out against Portugal. And that was followed by an even longer civil war that lasted until 1992. The armies fed off the wildlife in the park. And by the time that that war was over there was almost no animals left in the park. It was left for dead.

Thank you. I grew up in Africa. My parents moved to Africa when I was three years old. I grew up collecting snakes and lizards. Bush-babies and all kinds of other wild pets. My mother and father loved nature and were always up for a great adventure. And as a family we spent every chance we could get camping in the wild. I had an idyllic childhood in Africa. I fell in love with the birds and the plants and the animals. There's something about Africa that just gets in your blood. I know any of you that have been there know what I'm talking about. And in 1978, my dad died in an accident. But before he died he'd organized this school holiday job for me working with a game capture team. One day the helicopter pilot flew away to go fly with a National Geographic crew. And he invited me to come with him. And I don't know if they were taking pity on me because my father had died or... Whatever. They invited me to come back and join their crew. I was 17 years old. And that led to a career as a cameraman. And I had the incredible adventures travelling around the world with PBS and National Geographic. But during that time, Africa changed. So much of what I really loved about it disappeared. And as I flew around Africa I was seeing the impact that humans were having on the continent. But I also saw places where the bush grew back and wildlifeleast bring some of it back.

And then, in 2008 I got my first assignment to Gorongosa National Park in Mozambique. It's an incredible place. What I knew about it was that it used to have huge herds of buffalo and zebra and wildebeest. There were thousands of elephants and huge prides of lions. Gorongosa National Park sits right in the middle of Mozambique which is a huge country. And unfortunately, in 1964 a long war for independence broke out against Portugal. And that was followed by an even longer civil war that lasted until 1992. During that time the opposition... RENAMO based themselves on Mount Gorongosa. The armies fed off the wildlife in the park. And they killed the elephants for their ivory which they traded for guns and ammunition. And by the time that that war was over there was almost no... animals left in the park. It was left for dead. But then, about ten years ago an international team, led by this guy, Greg Carr formed a partnership with the Mozambican government to start a 20-year project to bring that park back. When I arrived, in 2008, Greg flew me around and basically what I saw was one great, huge, beautiful African landscape. I came down with my Land Rover from Kenya. And vehicles were in short supply in the park. So I ended up helping people out, I... I carried rangers around and scientists and... I spent more of my time going around with people in the park than I did actually filming. And I loved it. It was great. And I stayed. And year after year kind of went by and during that time the wildlife started to rebound. And I'm not kidding you it was amazing how quickly it came back. Not all species, but some species. It was like, it was staggering. Everything had a baby. I couldn't get enough of it.

And so, the next thing I knew I was officially joining a team of scientists and rangers on this great experiment to see if we could bring Gorongosa back to its former glory. And to save it from all of its new threats. But the park had huge problems. The two sides of the Mozambican political system RENAMO and FRELIMO. And, RENAMO were not happy in government and the leader left his seat in the government and returned to his old RENAMO base on Mount Gorongosa with 500 rebel soldiers. It was a really uncomfortable situation for all of us in the park. In fact in all of Mozambique. But they were only 23 miles away from park headquarters. We couldn't go to the mountain anymore because RENAMO beat our rangers and chased them off the mountain and burned their post to the ground. It was really serious times for us in Gorongosa. But there was a lot of the park to explore yet. So we just kept on about our work. One day flying over the north of the park I spot a huge group of the absolute masters of survival. Crocodiles. I don't know for sure but from the air it looks like a massive gathering. Bigger than I have ever seen before. I've got to get a closer look. This could be a great filming opportunity. During the civil war while most big animals were being killed off the crocs just sank to the safety of the riverbeds. Now some people think that Gorongosa may have one of the biggest populations of crocs in Africa. There's a bunch of crocodiles on the beach across the way. “Crocodiles are really skittish. They key on movement. So whenever they see anything move their immediate reaction is to go into the water. I'm just going to sit quietly inside this hide and I bet crocodiles will be all around me by the end of the day.” After a few hours of waiting, they start to surface. There's something so eerily beautiful about the way these ancient hunters just ooze into view. It gives me chills every time I see it.

“Will you repeat what you said, please?” “RENAMO basically have walked away from negotiations. And they say they are going to block EN-1 and EN-6 tomorrow. And that's definitely gonna draw action.” “Oh, wow, okay, that sounds pretty serious. Okay, so what's our plan then? We'll pack up and fly by helicopter back to Chitengo?” “Just load one tent with, you know, non-essentials. We have too as well.” “Okay, copy that. We'll be there shortly.” The threat level doesn't look too high. But when a rebel militia says foreigners should leave the area it's probably a good idea to take a lesson from the crocodiles and back away for a while. “Ah, god, you know, and we were just starting to get it. These guys seem to be on the warpath. So, we gotta get out of here.”

It was tense times now in Gorongosa for sure. And, not just for us... but for the elephants. Because RENAMO was poaching again and Gorongosa made great cover. The fighting on the mountain had gotten so bad that government forces repeatedly attacked the RENAMO base. Lot of people were killed. Refugees gathered in the town Villa Gorongosa, outside of the park. And, it was a really horrible thing to have to leave the park. And then, the rains came. The wet season seemed to cool the flames of war. And a place that looked like a dustbowl when I left became an inland sea. The break in the conflict gives me a chance to return. And do something I've been dreaming about. Last year I flew over a huge colony of nesting birds. It must be one of the biggest bird spectacles in all of Africa. But as far as we know, it's never been properly explored. It's time to saddle up for a serious expedition. And that massive aggregation of crocodiles that was up there on that river north of the lake I finally was able to get back to it, too. While I was up there, I got the best news of all. The leader of RENAMO came down from the mountain and signed a peace agreement with the government. And put his name on the ballot to run for President. And this was huge because for Gorongosa the people outside the park really matter. And they need stability. With stability comes tourism. And with tourism comes jobs. It will take a long time for all the animals to come back. But it will happen, I believe. As long as we can save it from all of its new threats. Poaching, illegal logging, illegal mining even settlements inside the park and human-wildlife conflict, outside the park are all big problems that the park faces. But in Gorongosa you've got Greg Carr and a dedicated team of scientists and rangers that are working hard to protect it. And I believe it will survive. I learned what it takes to fight this fight for conservation. It's perseverance. When times got tough in Gorongosa I watched Greg Carr and his team just put their head down and work even harder believing that one day it would get better. And it did. Thank you.

Civil war nearly wiped out the wildlife in Mozambique's Gorongosa National Park, but scientists and rangers are working to restore the treasured landmark. Emmy Award–winning cinematographer Bob Poole captures the efforts of the team in a new PBS/Nat Geo International series. Get a behind-the-scenes look as Poole talks about filming in rebel territory and bringing the park back to its former glory. 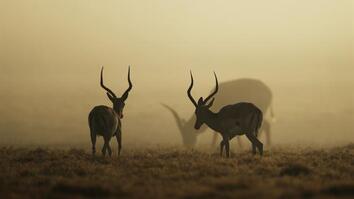 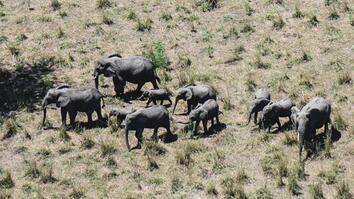 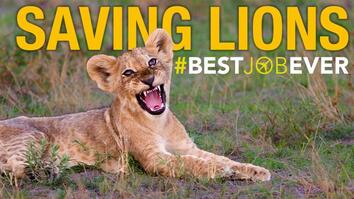