A rock climbing trip in Kyrgyzstan takes a turn for the worse when armed rebels take Tommy Caldwell and his friends hostage. Tommy is forced to make… more
X

Transcript
I got invited by The North Face on my first big international climbing expedition to the country of Kyrgyzstan, in Central Asia. So, me and three other climbers we chartered this big military helicopter to fly us into this beautiful remote valley in Central Asia. We landed, you know, in the middle of this valley that was surrounded by these towering yellow granite walls and, you know, these... the hill sides were all dotted with yak, and there's these really beautiful nomadic people living there. But about a week into our trip... the whole experience changed.

The borders in Kyrgyzstan are very intertwined, you know kinda like fingers like this, and... we didn't know this when planning this trip but when the high mountain passes melt out some times people sneak from one country into the next through these high mountain passes 'cause there's no border patrol up there. And about a week into our expedition a rebel group from the Islamic Movement of Uzbekistan moved through the valley and they saw us 1,000 feet up on this big wall and they saw this as this opportunity and so they came up to the base of the wall and they had these long range assault rifles called AK-74's like these Russian machine guns and they could shoot up at us a hund-- a thousand feet up and they're quite accurate. They could actually get their bullets kinda like right in between our two portaledges. And so, we awoke one morning to bullets flying around our portaledges. And... we pulled out our cameras, we had these big, long lenses and we could look down and it was obvious the message was quite clear. We had to come down or we would get shot.

So, we spent a couple hours rappelling to the ground. And when we got to the ground, we were greeted with these very scary-looking guys, with big guns and army fatigues and large beards and... We were taken hostage. And, few hours after we were actually taken as hostages the Kyrgyz Military moved into the valley and this incredible battle erupted all around us. We watched in horror as a Kyrgyz shoul-- soldier was shot point blank in the head. And we were forced to lie on his body for like four hours as this crazy battle raged around us. Heavy machine gun fire, mortars were shot over our heads. And, um, it was this just incredibly surreal scene. And as the sun started to go down we were told by our captors that we should run up and over this mountainside and we ran with them. And then for the next six days we hid. During the day we would bury ourselves in holes in the ground cover ourselves up with brush and lay completely still. At night we would sneak from one location to the next. When the battle had started we were forced to drop any supplies that we had, so we were left with no food um, pretty much no water, very little clothing, little more than what I'm wearing right now, and... Starvation is kind of a crazy thing 'cause at first you feel it in your stomach. But after a few days, your mind starts to go. This kind of complacency took over, at least for me where I stopped really caring whether we lived or died. But on the sixth night of captivity something clicked inside of me like, this real survival instinct kicked in. I suddenly felt as though I'd be able to sprint uphill without my heart rate even rising. And the rebel insurgents of the Islamic Movement of Uzbekistan had been picked off one-by-one by the Kyrgyz Military over those previous six days. And we were left with just two remaining captors on this last night, and we were starving. So, a plan was hatched for the head captor to try and like head back to our basecamp and get some food. And then we were told to climb up this steep mountainside with our one remaining captor. And, the plan, we think was to meet that other captor on top of this mountainside. And so we started climbing we were climbers, very comfortable on this terrain our captor was not comfortable. There was a storm brewing overhead, and I could look over at my teammates and notice their clothes just kind of like hanging off of them, like rags. We were always on the verge of hypothermia being at 11,000 feet in elevation in the high mountains and not having much clothing. And I started to think if we didn't get out of here soon like, we might not last very much longer. And so, when we were probably a couple thousand feet up this mountainside in a super exposed section of the climb... I decided that I had to take matters into my own hands. So, I scrambled up behind this one remaining captor and I grabbed the gun strap for the gun that was strapped over his shoulder and I yanked backwards on it as hard as I could and I watched him fall 50 feet, hit a sloping ramp and then off into the blackness. We scrambled for like another ten minutes to the top of the mountainside and then found an easy way down the back and then ran for ten miles to the nearest military outpost. And finally made our way back to safety and then within a week we were back home.

I was like caught in this sort of tornado of emotion and you know, like on one hand I had like chosen to take a life and I didn't really know what to think about that but on another hand, it was like and I knew that when things got really serious I was able to react and that was empowering in a way. But I also felt a little bit like climbing was this selfish pursuit at this time like, I should be spending time with family. And so, I was hanging out at home, at my parents' house. Just kinda like... toiling around at the house I decided to like work on some home remodeling projects, and... I ended up chopping off my finger with a table saw. Life was pretty rough on me at this point. And... so I scooped my finger off the ground I went to the hospital in Estes Park. They told me to take my finger and drive to Fort Collins, an hour away and go to that hospital. I was greeted in Fort Collins by my surgeon, and... it turns out he was a climber. And he had kinda followed my career as a climber as a climber, a little bit. And he decided that we were going to do everything we could to kinda try and sew my finger back on and make it work again. So, they kind of went to extreme lengths like, they sewed the finger on. I think generally they just wouldn't have even tried in this situation but they sewed it on. And then for the next two weeks I sat in the hospital bed on this morphine drip I went through three surgeries, two blood transfusions they try to put leeches on your finger and all this crazy stuff. And they just tried to save that finger but the whole time I watched it progressively get blacker and blacker.

After two weeks, the doctor came into the room one day and he was like We've done everything we can like, we're just gonna have to remove the finger. And you should start thinking about what else you want to do in your life because you're no longer really going to be able to be a professional climber any more. So, he stood up, he left the room. I sat there, just kinda like trying to soak everything in. And I was like kinda depressed but then I thought back to that moment in Kyrgyzstan where my body had like reacted, the survival instinct had kicked in. And I had this sense that we as human beings are capable of so much more than we could ever realize in a normal day to day circumstance. And so I came out of that hospital bed with this like conviction. In my mind I was thinking, I'm gonna prove that doctor wrong. He doesn't know what we're capable of. But really it wasn't about proving him wrong. And sometimes I wonder if that was just a strategy to get me fired up when he said that. But I started training like 14 hours a day with this like maniacal focus. I actually la-- left the hospital and drove straight to the climbing gym without even going home. And, I was like, Well, my finger's gone. I'm not going to do any more damage, really.

So, I started like training like crazy. And then within six months I returned to El Cap. And, it kind of became my solace. Like, it was my touchstone. Climbing really was this thing that meant everything I had bailed on college I'd devoted everything in my life to climbing and I like really needed it at this point in my life. And, I pretty quickly realized something kind of amazing when I went up on the walls. It was no longer really that scary or painful any more. It was like, as if that experience in Kyrgyzstan had totally reset my bar for things like pain and fear. And I started to realize that I could use this to my advantage. And so, it like lit this fire inside of me. And I started, sort of, approaching climbing with everything I had. I went back to try and climb this climb called the Salathé Wall, in a day which is something I had failed on right before we had gone to Kyrgyzstan and before I had chopped off my finger. And it was like my test. And so a year, just about a year after I'd chopped off my finger I successfully climbed the Salathé Wall in a day. And it was like this works, like I actually acquired these tools through these hard experiences that are gonna like... they're kinda like the key to making me excel in this world of big wall climbing which was kind of everything to me at this point. 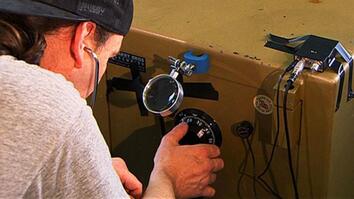 I Didn't Know That: Cracking Open a Safe 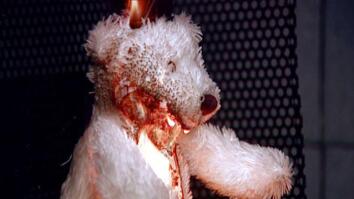