(Part 1 of 7) Join photographer Matthieu Paley in the mountains of Afghanistan where no crops grow, the journey to get flour takes days, and goat eyes are on the menu.

Upcoming Events at National Geographic Live
The National Geographic Live series brings thought-provoking presentations by today’s leading explorers, scientists, photographers, and performing artists right to you. Each presentation is filmed in front of a live audience at National Geographic headquarters in Washington, D.C. New clips air every Monday.
Transcript
Hello everybody. Thank you for coming. The story I'll tell you tonight. What is that story? Well, it's about the evolution of diet. About our ancestral ties to the food we eat. And it's easier said than done because trying to find places in the world where market food is not affecting our way of eating is quite difficult.

So, Afghanistan... when you look at the map there is an area that was never touched by war. It's called the Wakhan Corridor. And at the end of it is a high altitude plateau that is very difficult to reach. On this plateau there is Kyrgyz community of about 1,500 people living at 14,000 feet, all year round. You might as well be on the moon. You know you are way above tree line. Nothing grows except grass and two tiny things in summer for about a month-month and a half. You will get rhubarb and white onions. If you are vegetarian, it will be a slow death.

And so grass feeds the animal, the Kyrgyz are pastoralist nomads. So they have yaks, they have goat, they have sheep, they are pastoralists. They live off their herds. This is what makes them survive in this desert like environment. Of course milk is a big part of their diet. Any dairies and a lot of side product as well from milk. They have a great intimacy with the animal world that really touched me. They even talk to each other in the way they would talk to their horses. It was quite surprising at first when people whistle to call for my attention I was, “hey, I am not your horse” but that's how it is. Such an intimacy that if you want you can even go and check your camel's teeth. It was a little, young camel who was nibbling on everything he could see.

Quite lovely. Division of labor is often, the young boys will learn how to herd the yaks with slingshot. You see he is holding a slingshot. You just whip away and scare off the yaks. The girls go and get water or milk the animal. Getting water is not simple. You don't turn on the faucet there. These are three daughters of the Hun, the tribal chief of that community of people. And they go up in the morning, at you know, quite early morning and they are going to get water. And getting water means breaking ice, finding the place where the spring was breaking the ice, getting water, bringing it back to camp. Meaning going back to the yurt.

The yurt is like the quintessential nomadic habitat. It's made of felt, so it comes out of the animal. Outside it's very barren and you enter this yurts and it's just full of colors. It's really impressive, the contrast between this outside and this inside. And so you make tea. You make tea with milk and with milk you often boil it in this big pots you can see here. She's straining the milk into the pot. She's going to boil it on slow fire over dung fire usually because nothing grows there so they use dry dung to cook. And then you'll get this kind of curd. And they let it dry on the roof of the yurts or sometime on this rattan things outside and it will become hard as stone, like real stone. It's not an expression hard as stone. You need another stone to break it. And this milk, this... Kurut, it's called, will be used in winter when the animals don't give so much milk.

They also make butter that they some time keep in the stomach of a sheep. It preserves really well and it's easy to transport and it's very highly prized in that part of the world. So that would be your typical meal. Slices of butter, milk tea with salt in it often and then naan. Naan is the flat bread you see here. So then you tell me, “where the hell do they get flour to make naan?” I say, “hold on, I'll show you.”

So it's easy-- It's very easy. You go down to your Whole Foods store, the organic one, you know. Seriously. So you get on yaks, you bring all your friends, you get a bunch of guys pile up the yak with stuff, you take some extra yaks and you go for long walk. Two times in winter, in summer maybe two-three times and you go down. In winter it means going over a frozen river. That's the only way in and out of the high altitude plateau where they live. In 2008, when I went in winter the place had not been visited by a foreigner since 37 years. The last time people were there... foreigners, was in 1972. That's how remote that place is. You sleep on your way in camps or in shepherd huts or in caves like this. And then you might drop your iPhone in a cave. He was looking for water, didn't get any. We melted snow and make some tea. You change your yak. So, you go with 20 yaks, you'd come back with 15, for example. You trade, you barter your five yaks for flour, for cigarettes, for matches, for candies whatever mostly flour and then you load it back up and go back. Look at that how much work that is just to get flour for your community.

It's a harsh environment. This girl just walked in after herding her animals her cheeks are burned by the cold, it's not make up. They use everything on the animal. You kill the goat, you gather the blood that you might cook. And you eat absolutely everything you singe the head on fire, you'll boil the head. You know, apart from the horns you'll empty the bones to eat the marrow then you throw it out and the dogs around camp will finish this thing. So there is no waste, you can't afford waste. Then you get presented as a guest with this beautiful platter right here. And if you're a knowledgeable guest you know that what you're going to get is right in the middle. You see that white area, they really go for the fat. The fat is highly prized. It's the glory of the shepherd. He brought his herd to the best-fed grass to get this very fat tail mutton. These are called fat tail mutton. You learn to love that. You know, sure they have to exercise themselves so much it's such a cold environment, it's a totally logical thing.

So there I am with my red jacket trying to gulp down an eye of a goat, I think they gave me. That gave me my nickname when I was there. I was called Koz Jede which means eye-eater. But they would-- the kids would be really scared when the older one would be like, “hey, watch out this eye-eater is coming over there.” So, you know, this is tea time among Kyrgyz. You walk out and the girls are just munching on what's left over from lunch. They love meat.

(Part 1 of 7) Join photographer Matthieu Paley in the mountains of Afghanistan where no crops grow, the journey to get flour takes days, and goat eyes are on the menu. 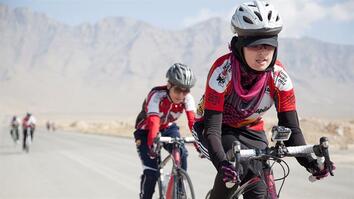 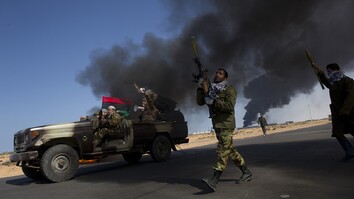 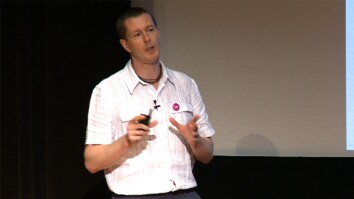