Transcript
So, a lot happens, a lot starts here in Washington DC. For me, it was my career, there's a lot else that's going on here too, which is that Washington has the distinction of being one of the great capitals of the world for cocaine consumption. There is greater per capita cocaine use here particularly among white collar workers, second only to New York.

So, what I want to do is begin in this point of consumption, of cocaine consumption and take you back down the commodity chain. Not to where we typically think of when we see these crazy maps full of arrows pointing north. Not back to where coca is grown and cocaine is produced in South America, but rather I want to take you halfway back down the commodity chain to those areas hiding under those red arrows in Central America. Those spaces through which cocaine is merely moved like packages in a DHL hub, these are trans-shipment zones, through which cocaine moves on its journey northward to markets such as those I'm sure just outside the door here.

So, I want to take you specifically to look at a region in Eastern Honduras. It's known as the Mosquito Coast region of Eastern Honduras and Nicaragua and this is an area of tremendous biological and cultural diversity. It has many protected areas, internationally recognized world heritage sites and so on, and I want to take you specifically into the communities of the Tawahka people. They're one of Honduras' smallest ethnic groups, fewer than 2000 people. They're regionally known for the spectacular dugout canoes that they produce almost entirely by hand, no chainsaws here, just pure axe and ads. And I want to take you through the ways that I've become aware that this is an area that is being both culturally and ecologically devastated by both the consumption here in the US of cocaine, but also what I would argue are the US' deeply flawed policies with regards to the global war on drugs.

Alright, so how did I get into drugs? Well... After working the National Geographic I went to live in Eastern Honduras for two years, working on a research project there and that began a career as a geography professor, by which I've been very privileged to be able to repeatedly return to this place over time. And that has allowed a wonderful opportunity to really understand the very dynamic relationships between people there and the forests with which they coexist. And I've learned a lot about how forests make people and people make forests in this region. And one of the things that my repeat research trips to the region had shown me, and really convinced me of was just how profoundly resilient the Tawahka people and the ecosystem which defines them have been. And by resilient I mean they have shown a remarkable ability to bounce back.

For example, in the 1930s their population was devastated by a smallpox epidemic. They were reduced to about 100 people. And it was through the choices made by women like Doña Rufina here, she was pushing 100 when I saw her in 2011, she just died before Christmas last year. Because there were so few Tawahka men to marry, she... among her six husbands-- Life is short... in the region for men, snakebite, disease and other things. Among her six husbands there was not a single Tawahka man, but she raised all of her children to speak Tawahka and to learn the Tawahka way. So, all of her children, though genetically diverse, incorporating much non-Amerindian blood, they nevertheless speak Tawahka and identify themselves culturally as Tawahka. So, she and other women like her have been essential for passing on what it is to be Tawahka.

Tawahka have also been extremely successful at bouncing back from the threat of colonist incursion into their territory. Savvy political leaders like Edgardo Benitez have been able to organize international allies to have in 1999 their territory declared the Tawahka Asangni Biosphere reserve. And then, perhaps most impressively after Hurricane Mitch wiped out two of their communities and almost all of their horticultural and agricultural lands, decades worth of agroforestry plots, they were able to rebound in a way that used the storm as a window of opportunity to reorganize their agricultural activities and to, in fact, be more sustainable planting precious trees like Mahogany for example.

So, it was with funding from the committee for research and exploration from National Geographic that I returned in 2011 to Tawahka territory thinking that I was going to be able to research the latest ways in which they were manifesting their cultural, their socio-ecological resilience. I went down with an undergraduate and a graduate student and it had been a while since I'd been back, I had two kids, I had gotten tenure and this had been my longest time away. After three days of traveling through the region to get into the Tawahka area by dugout canoe... This is the community prior to our visit. This is what we saw. We saw landscapes just devastated. This is the site where a community I'd known and where I had eaten my first monkey and drunk all sorts of fermented beverages... ...people were gone, I was told they fled to Nicaragua. Some of them were living poor in the capital city. We saw patterns of deforestation I've never seen before right down to the water's edge on incredibly steep slopes and when I talk to people about what was going on, they kept telling me the same thing, “narcos.”

Now, when I had lived in this area in the mid-90s, we heard planes in the night, I mean, cocaine has been moving through Central America since the disco era and I was able to use, knowing the local language and being able to talk to people and the 20 years of trust I've built up in this region to really ask people what was going on. Why were drugs, why was the mere passage of drugs through this area having this effect? And key to understanding this is to understand that when a plane lands and is unloaded of let's say, 700 kilos of cocaine, the plane is burned, that gives you immediately an idea of how little the plane is worth relative to its cargo, it's just not worth flying back. So what you see is an absolute tsunami of money hitting these communities that comes with, that buys impunity and that buys weapons. So, traffickers in this region have been able to buy up land from Tawahka and other indigenous groups and pay for the labor to have that forest-- the forest lands converted into cattle pasture. And they're doing it in huge swaths, 500 hectares at a time. And the question is why would drug traffickers want to be interested in cattle ranches? Well, these are untraceable transactions right? So, they're a wonderful way to launder drug profits, otherwise known as land laundering. And in fact, when the US Treasury Department froze the assets of a Honduran trafficking organization, they found that a lot of the assets that they held were in palm plantations and cattle ranches. So, it's a great way to launder money, but it's also a really excellent way for criminal organizations to diversify their investment portfolios. They are good capitalists like everyone else and they are investing in the tropical land rush driven in part by high demand for ethanol, which is fueling, literally, the expansion of African oil palm plantations.

These were planted on illicit lands, on lands illicitly purchased, very close to the Mosquitia, in fact, moving in to the Mosquitia and the result, of course, is that the money narcos can manipulate buys complicity with government officials, leaving the Tawahka very much on their own to fight this scourge. And not surprisingly, this was a group of men, of Tawahkan mosquito men who went to challenge some traffickers who were clearing land very close to their territories and they were rebuffed with AK-47s and M-16s. So, leaders are threatened if they speak out, there was literally no one in the region to witness this process. No one knew this was going on. And so, Tawahka are also unable to move through their traditional, seasonal agricultural and fishing activities, so they're stuck fishing for crappy little fish near their home communities because they are not allowed, basically they're sealed off by a narco cordon to secure the area. And perhaps one of the most pernicious effects of the traffickers is their tremendous skill at being able to pit, their divide and conquer strategies, their ability to turn neighbors against neighbors.

So, one of the things they do in approaching a remote indigenous community is identify that weakest link, that one family that is so poor that they can act as the land consolidators on behalf of the narcos and this pits family against family. This is a picture of Walter. I took it in...about nine years ago. We were finishing up household survey in his community. He's in the one-room schoolhouse that has since been sold to narcos and we were having a little dance. Walter and his brother this past Easter had heard that their cousins were clearing land for narcos in the area. He went to confront those narcos and was killed with an M-16. The man behind these children is the man who shot him and I know this man. He was a lovely man, he's the father of these four and other children. These are good people caught in an impossible situation. And they really are hanging on by their fingernails. This incredibly resilient community that I once knew is as the Tawahka leader said, “really not far from disappearing.”

So, the question is what can we do about this? I think one of the things that-- There are three things we can do. One, tell your friends who recreationally consume cocaine just what the cost of their recreational use is doing to places overseas. Second, I think we really need to rethink the war on drugs. We're not talking about legalizing cocaine. Let's not get carried away here. Just talking about sitting down and reviewing drug policy orthodoxy, which has for 40 years done nothing but move traffickers into ever more remote regions where they create all sorts of social and ecological chaos, not to mention the damage going on in urban areas. I think the Organization of American States has broken with drug war orthodoxy, it's one of the first big organizations to do so. I'm working with the UN, UNDP and the UNEP to kind of change the conversation within the UN system so that they can get on board with kind of ways to rethink the drug war.

But I think also, we'd have to look at the ways in which our retirement portfolios and other financial mechanisms and the fear over not having enough farmland in the future are pushing financial markets to take great interest in tropical forest lands and their destruction. And I think there are alternatives to that. Wasting less food is one of them. Using more solar energy so we don't need to be feeding African oil palm to our cars is another. So, let's think about those things, about connecting the dots and understanding how we are all complicit in the destruction of this really quite unique place. Thank you. 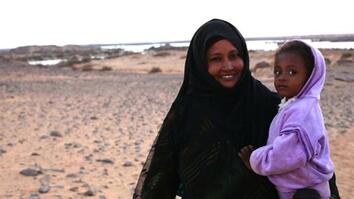 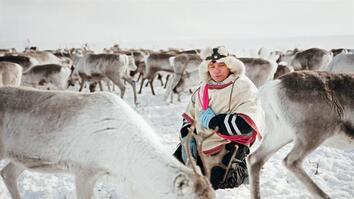 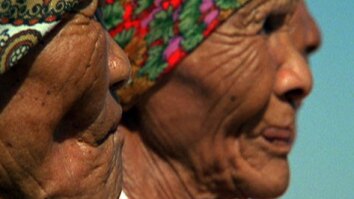