Transcript
I'm gonna do something different, which is I'd like to show you a body of work that I've never  put together and shown publicly like this. It's a very short video. It's on some big cats that we photographed a while back. If you have a question, I'd be glad to try and take a whack at it. Right, there's one right here in the front. This...right next to you.
Woman: There were all those really intense pictures.
Musi: Mm hm.
Woman: How did... did you establish some kind of relationship with them? How did you get them to look at you so intensely?
Musi: You know we built... We did those pictures in thirteen days. So we did uh, eight big cats, and we built a studio for each one of them in the enclosure that they spend time in. So, sometimes it was literally black paper, we put a cheetah on. Otherwise, sometimes it was like huge sheets of plywood that we made black. And then, we would light it in a way. So, these were spaces the animal was comfortable in, and then, uh, it was just really a matter of time. Sometimes it was a very brief thing, 'cause we never stress out an animal, you know. They, they say what I do is enrichment. And I'm like, “Well they're screaming at me,” - and they want to kill me. - And they're like, “No, no, that's enrichment. It's good for them.” They always say, you only get to, like, put your hand in the cage but five times. Each finger... Right? So, you know, we built a studio for each one of them, and tried to kind of psyche out each one as a really distinct personality. You know? The, the lion was hard. You know, the lion was in my face. We did him twice. We had to build a thing that pushed him back a little bit, 'cause he got right in my face. And he was so big, I couldn't photograph him. He was huge. And the cheetah, you know, cheetahs are kinda chill. So, it wasn't a big deal to work with him. And then we had a snow leopard, and man, she was torturing me for a couple of days. And, and I sang to her. I started singing... So... and that broke out into tongues. And I started doing all this like... ...and everybody was just staring at me. And I, like, collapsed on the ground, 'cause she just stopped... and, like, hold... and she never went to being mad at me after that. It was like I hit some note, and it happens... I go and I, like, collapse on the ground, I'm laying, in cat urine... And I say, you know, uh, “What just happened?” And they're like, “We're as surprised as you. We have no idea.” 'Cause it just happened like that. So each one is a little bit different. It's just patience, honestly.
The tiger there? Oh, that tiger. There, was a big tiger in there. And, you know, I'm always sort of relying on the expert. Tell me if I'm stressing him out. Tell me... And the tiger, you know, I thought he was getting a little... His ears were coming out. I said, “Are you sure he's not getting mad at me?” “No.” And I said, “Well how will I know?” He said, “You'll know.” “No,” I said, “Really, how am I gonna know?” He said, “You'll know.” And, and this went on for a while, and you know, we photographed him for quite a while, and then at some point, he put out this roar that, I mean, shook my core. It was like, it was different than anything else. And he said, “That's what I was talking about.”
X 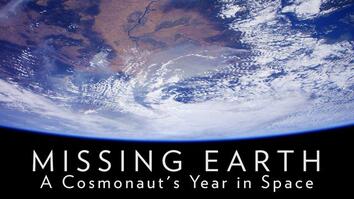 What Did This Cosmonaut Miss About Earth After a Year in Space? 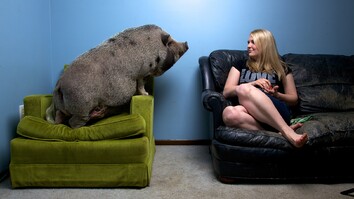